Home / Entertainment / Why is Brielle Biermann Hunting New Boyfriend on Instagram? Break Up With Michael Kopech

Why is Brielle Biermann Hunting New Boyfriend on Instagram? Break Up With Michael Kopech 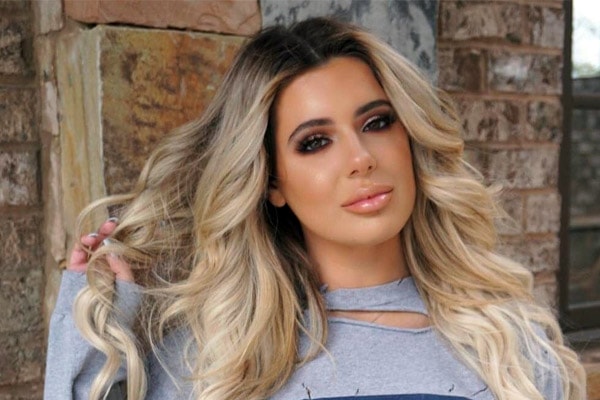 It is really good news for those who are trying to date Brielle Biermann. It has been a long time the reality star, Brielle broke up with her ex-boyfriend Michael Kopech. Recently, Brielle’s Instagram profile gives a hint on Briella Biermann hunting for a new boyfriend.

Brielle Biermann confirmed quit with her former boyfriend, Michael Kopech on March 13, 2018. The two ended up their relationship on a mutual agreement. Now, after some interval of the breakup, Biermann is searching for a new boyfriend.

It’s a known fact that Brielle does not hesitate to share her flaunting physique through her social pages. She enjoys having some fun with the captions on her Instagram page.

The Don’t Be Tardy star, Brielle went on a vacation to Miami after splitting up with her ex-boyfriend. She shared her bikini photos during the trip through her Instagram page. Along with the pictures, ex-girlfriend of Michael Kopech, Brielle captioned them with some inviting captions. Those captions give hint that she might be in search of a new boyfriend.

At first, the bold lady Brielle shared a photo in Miami Beach with a caption “Salty, not Sweet.” 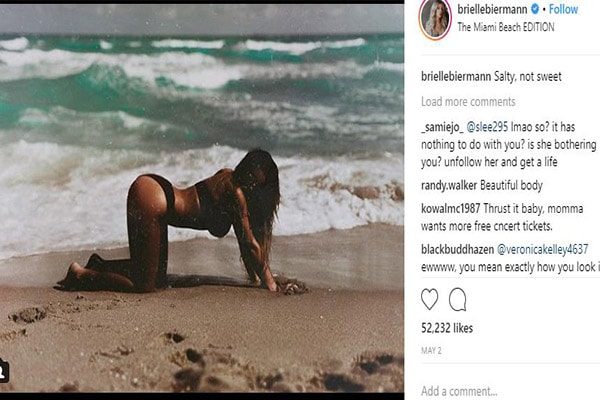 Again, after some time, the reality star Biermann posted another photo in a bikini. There she captioned “Peaches and Cream, Any a.. eaters out there? Currently searching for one!” Brielle joked about hunting for a new guy in her single life. 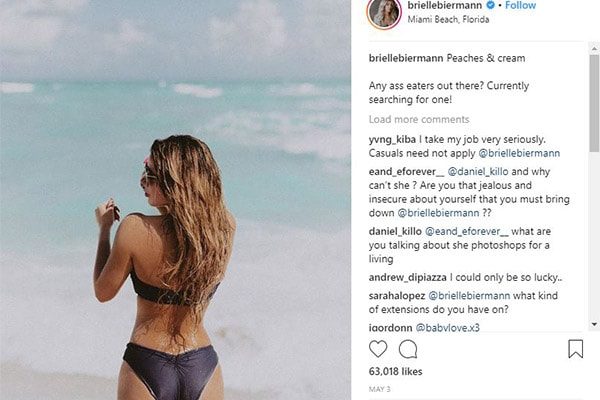 The reality star Brielle shared a photo in a bikini showing her back with a provocative caption. Photo Source: Instagram, Brielle Biermann.

Brielle was in a romantic relationship with a baseball player, Michael Kopech for two years. They used to share photos with each other on their social pages. Seeing their romance, no one had even thought that these duos would end their relationship. 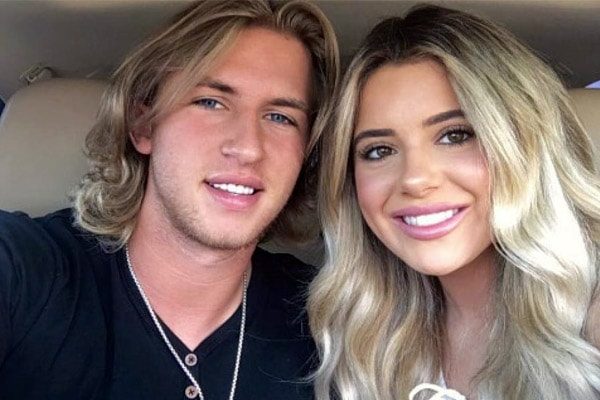 Who else had ever imagined that these two lovebirds would end their relationship after dating for almost two years?  Photo Credit: Entertainment Tonight

But, the ex-couples could not keep the spark of their relationship. As a result, they split up in March of 2018 surprising their fans.