Home / Entertainment / The Bachelor, Jesse Palmer still in a relationship with Jessica Bowlin?

The Bachelor, Jesse Palmer still in a relationship with Jessica Bowlin? 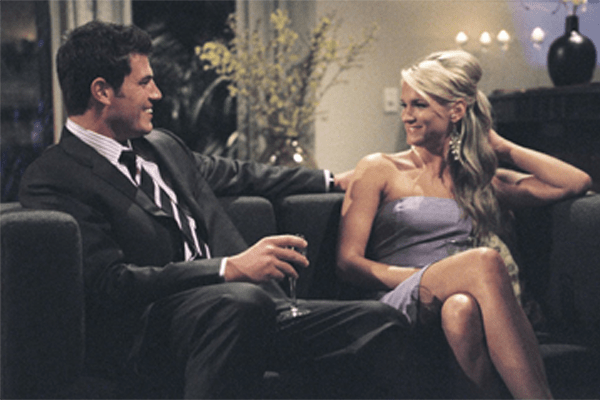 Canadian sports commentator and former football Quarterback, Jess Palmer found love while appearing as the hunk on the TV series, The Bachelor. Jesse Palmer ended up picking Jessica Bowlin from among 25 other contestants. They were together for a few months. Are they still in a relationship? Let’s find out!

Born in Canada, the handsome hunk went on to play college football for the Ottawa Rough Riders. Standing at the height of 6 feet 2 inches, Jesse Palmer was picked in the fourth round of the 2001 NFL Draft by the New York Giants. Since then he has played as a Quarterback for the New York Giants, San Francisco 49ers, and Montreal Alouettes.

Being the 2000 SEC Champion, Palmer has attained wide appreciation from sports enthusiasts. Palmer has gained wide fame and attention not only for his exceptional career but also for his jaw dropping good looks!

Palmer, who has been living in Florida, has been in a relation number of times. However, none seemed to have been significant until he went on to be the Bachelor in the famous TV series, The Bachelor. 25 contestants got a lovely chance to mark their love for Jesse Palmer and be married to him.

The finalist turned out to be 25 year old Californian law student, Jessica Bowlin. The audience was anticipated to see what’d happen next. As per the older times, The Bachelor, Jesse Paler went on to date Jessica for a while before he sent her flying to New York to complete her studies and fulfill her dreams. We all had that coming didn’t we?

After their break up, Palmer went on to excel in his professional career and so did Bowlin. Bowlin went on to pass the State Bar of California in 2007 and later got married. She currently has two children with another ma, while palmer is busy in his commentating career.

Read All Celebrity News and Biography

Jesse Palmer still in a relationship with Jessica Bowlin?The Bachelor

WATCH: katewalsh joins the show to talk about her new Netflix series, her off-broadway show, GreysABC and more! pic.twitter.com/5EvAI7isfI

WATCH: katewalsh joins the show to talk about her new Netflix series, her off-broadway show, GreysABC and more! pic.twitter.com/5EvAI7isfI