Home / Entertainment / Bachelor in Paradise’s Corinne Olympios did face-plant in the Jacuzzi?

Bachelor in Paradise’s Corinne Olympios did face-plant in the Jacuzzi? 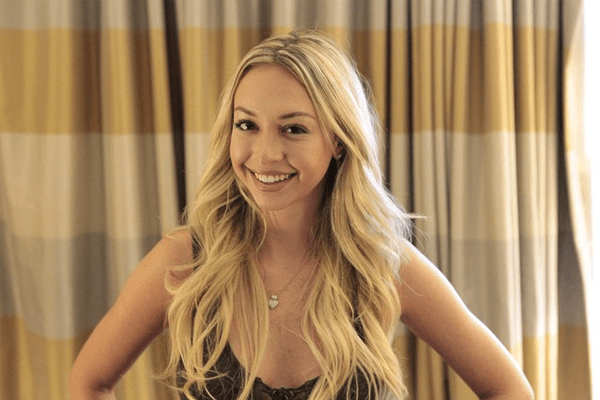 Not so much of a paradise happened this week in the Bachelor in Paradise. Cast mates Corinne Olympios and DeMario Jackson were so drunk on 4th June in the evening that the two had some serious sexual conduct in the swimming pool. Now, things have resurfaced when a producer filed a complaint against the production regarding it to be misconduct. Let us get into the details.

What happened in BIP on the night of June 4th?

Bachelor In Paradise cast members Corinne Olympios and DeMario Jackson got drunk and had a sexual conduct in the Jacuzzi on the evening of 4th June. As per some sources, Corrine was seen having half a bottle champagne and the some mixed drinks with a shot r 2 of hard liquor in the bar.

As per some sources, Corinne did not object to the sexual contact including face-plant but other sources say otherwise. As per some sources, a cast member intervened and asked the producers to stop but the responded that Corinne was “fine”. While there have been allegations from the sources who have seen the video say that nothing as such ever happened and that there was no face-plant and no laying on the ground.

DeMario Jackson claimed in an interview that Corrine was the one who instigated the sexual act. He shared that she was lucid the entire time.

What does Corrine Olympios have to say about the entire incident?

According to the new report that has been pushed out by TMZ suggests that Corrinne really doesn’t know what happened the night but she feels that she is “a victim”! Corrine has hired Marty Singer to investigate on the act that took place on 4th June.

Corrine shared with TMZ in an interview that as a woman, it was her “worst nightmare” and that now it has become her “reality”! She shared that she “retained a group of professionals to ensure that what happened on June 4 comes to light”! Corrine seems very oblivious to what happened the night of 4th June!

Corrine also shared with TMZ that she will be taking therapy to deal with the “physical and emotional trauma stemming from that evening.”! Like one of the bad movie moments, Corrine has got herself trapped in what seems to be somewhat in between of willingness and reluctance. Since the entire event revolves in sexual contact, some serious investigation is ongoing! We might soon see some investigation, lawsuit and some bang!