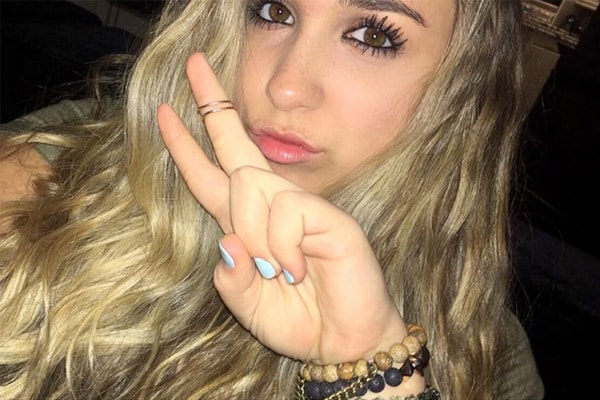 Instagram is a fun source to see how people’s lives are going on and the same can be applied to the Ariana Biermann’s fans who have noticed that she has lost ample weight through her pouty pictures on Instagram.

Ariana Biermann’s weight loss might be true or simply rumors! Is it true that the daughter of Real Housewives of Atlanta alum Kim Zolciak has slimmed down? Some say that Ariana now looks exactly like her mother! Let us get into the details of this spicy affair!

Kim Zolciak introduced us to her lovely daughter while she was the cast of the Real Housewives of Atlanta. We saw Ariana as the chubby and bubbly girl whose tooth had only recently fallen out. But now, it is difficult to find any resemblance of Ariana to her former self.

Yes, Ariana Biermann’s weight loss rumor is very much true. After years of watching her on TV, we might have forgotten to keep track of the changes in her. Now, it is amazing to see that Ariana is not just taller but thinner as well. Ariana is currently 15 years old and her Instagram pictures perfectly display her pretty face and body. By the looks of the drastic change, it seems that Ariana might as well be following the footsteps of her mother.

What changes has Ariana Biermann displayed? Does she look like her mother?

Ariana Biermann is currently displaying the same facial structures as her mother Kim. Well, it is quite obvious that daughters turn into their mothers as they grow old but from the pouty lips of the well-defined face, Kim and Ariana could not have looked more alike. Ariana has drastically lost her baby face!

More recently on August 28th, Kim flaunted a picture of herself in her Instagram account where she looked phenomenally beautiful. We all know that Kim’s lips are the most unique and attractive feature of hers! While we were eventually recovering from the hypnotism, Kim posted a picture of her 15-year-old daughter Ariana two day later.

Ariana looked mesmerizingly beautiful. A fascinating thing was that Ariana looked so much like her mother Kim. Kim captioned the picture, “Hey pretty face”!

With similar blonde hair, doe eyes and pulpy lips, Ariana might soon take the place of her mother in the entertainment arena!