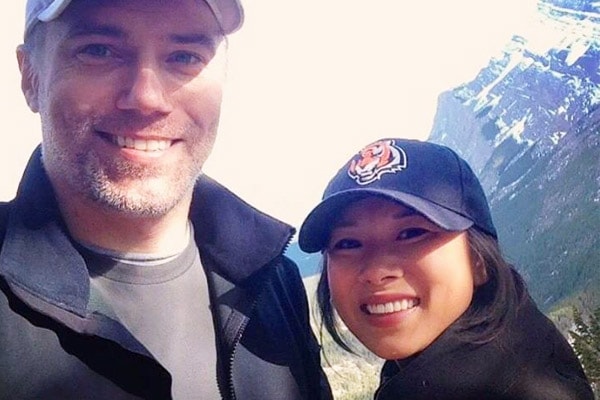 Mr.Right‘s Star Anson Mount is a married man. He pronounced photographer Darah Trang as his wife on 20th February 2018. They were engaged on 5th June 2017 after dating for almost six years since 2011. At the moment, the happily married couple is living a blissful life in Brooklyn, New York.

Anson Mount holds an American nationality. In Contrary his wife Darah Trang is a Canadian native. Despite the difference in ethnical background, their bond is strong. Both are supportive of each other and their social media posts show they are cherishing their marital relationship. And till date, there are no any rumors regarding any conflict in their marital life.

The Hollywood actor Anson Mount walked down the aisle with Darah Trang on 20th February 2018. Their wedding ceremony was held privately at the church of Brooklyn. Although the newlywed couple did not invite lots of guests on their marriage, Anson Mount revealed about their wedding through his Twitter Page. 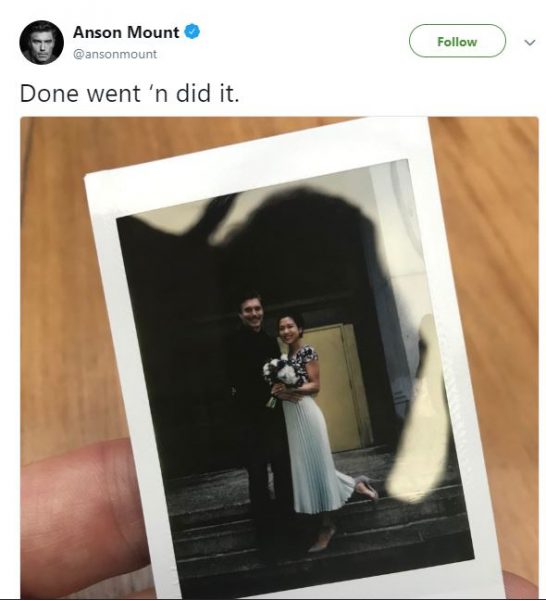 Anson Mount posted a photo of his wedding day with Darah Trang on his Twitter page.

Anson Mount finally met the right person of his life Darah Trang on September 2011. The two began dating since then followed by an engagement in 2017 and marriage in 2018. They are happy and contented with each other. The couple never hesitates to share each other’s photos on their social pages.

I love my wife more each day. While at home recently, she surprised me with a trip to the amazing, underground @SmallsJazzClub and took this photo, then adding the sound. I’m a lucky man. pic.twitter.com/VRK0qQj6Wr

The romantic pair of Anson Mount and Darah Trang do not have any kids together yet. Although their plans for having children is still pending, they are proud parents to their three dogs; Jax, Lou, and Mac. Their dogs are not less than their children for them.

Moreover, Mount and Trang even call themselves as father and mother of their dogs. They take their dogs to every place they go during their vacation. It seems their three cute rescued dogs never make them feel the absence of kids in their happy life.

At the moment, the blissful family of Anson Mount resides in Brooklyn of the New York City.