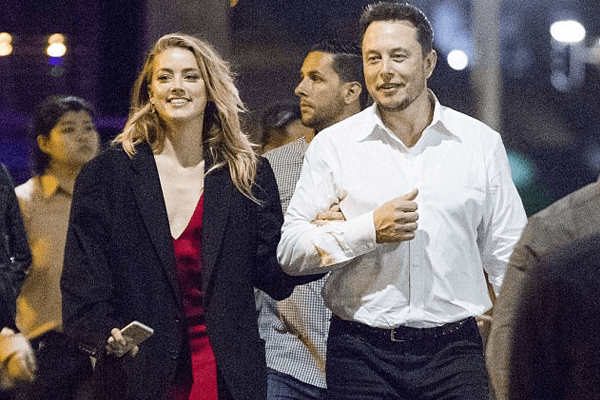 Picture credit: Daily Mail
It has just been a week that Amber and Elon were spotted kissing in Los Angels. They are showing off their so-called caring-each-other thing by spending a vacation together.

The Ex-pairs were seen dining with friends including the Tesla CEO’s brother, restaurateur and philanthropist Kimbal Musk. The picture was on Instagram and Facebook page of El Taringa Restaurant on Friday, December 29.

What an inspiration to have had Kimbal Musk and his family with us at Taringa. Thank you for sharing your insights on sustainable supply chains _ The Kitchen _ and all its concept is a model to follow. . Memorable night!!! . #buenviaje #eresloquecomes #lahistoriadetrasdecadaproducto #chile #invernaderonatural #plantarpsracosechar #oficio #campesino @eltaringa @taringuita

Amber Heard also shared beachy pictures of her on Instagram mentioning it the kind of winter holiday she wanted.

My kind of winter holiday

Are Amber and Elon Back Again?

Most of the fan and followers have been curious if the duo is back in love business? Well, there is no any official announcements. But then, they keep amusing us with their frequent dates and repeated denies about their relationships.

They had split apart on August 6.

Few days after their break-up, Musk publicly addressed their break-up mentioning, “BTW, Let me clear up some of the press stunts this weekend,  Amber and I separated from a bond, but we are still friends, and love one another.”

Heard also posted her on her Instagram elaborating on their breakup:

Being in the public eye means having to explain yourself to so many people, so much of the time. In this case, I’d like to remain more quiet. Although we have broken up, Elon and I care deeply for one another and remain close. Thank you for the continued support, respect, and privacy during these difficult, very human times.

They also denied their relationship on last week kissing scene.