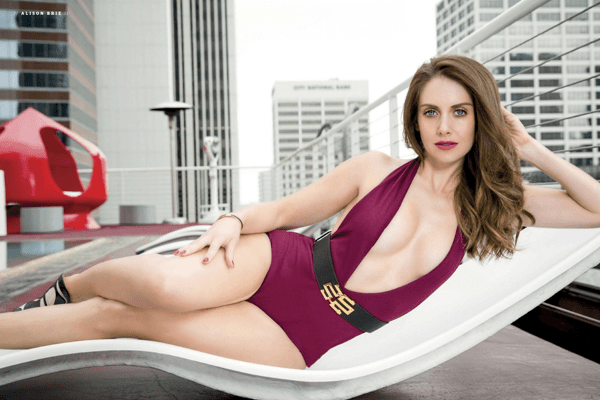 We might be very thankful to the wonderful Alison Brie for being in the cast of Mad Men and GLOW. However, getting roles have not really been easy for the actress. Alison made allegations that she was asked to the audition of Entourage to go topless which is strictly offensive to any gender.  Actresses in the Hollywood industry have to face gender biases and Alison Brie claims that so has she! Let us get into the details.

As Alison recalls her audition for Entourage, we can think of nothing but a nightmare in daylight. Alison Brie, on an interview at the ATX Television Festival in Austin, Texas on Sunday made revelations about her nightmarish “Entourage” audition. Alison recalled that she had gone there for a three line episode. Alison shared that she had to wear a “bikini” or “tiniest shorts”! She shared that they asked her to take the “top off now”!

Re:Entourage – CLARIFICATION – I had a bikini top on UNDER my top. They didn’t ask me to get totally topless. Sorry to disappoint you! ?

Alison made no regards of what she did after she was asked to go topless. However, the revelation has made a wave of awareness about gender issues.

The beautiful actress raised to fame though her appearance in Mad Men. At the screening of her new show, GLOW about women’s professional wrestling, Alison was not the only one to talk about her weird audition. Nurse Jackie star, Betty Gilpin also recalled how she was asked to let down her hair after the audition ended.

Jennifer Euston, the casting director of GLOW was shocked at these revelations and added, “That’s gross’! Jennifer took to Twitter to share her feelings regarding this matter. She shared that it made her sick that “there are producers who abuse their power”! And she added with amusement about how the casting director presents there “did nothing”!

The Netflix show, GLOW, which will begin on June 23 will surely be binge-watched by females all around the world for its gender awarding content!