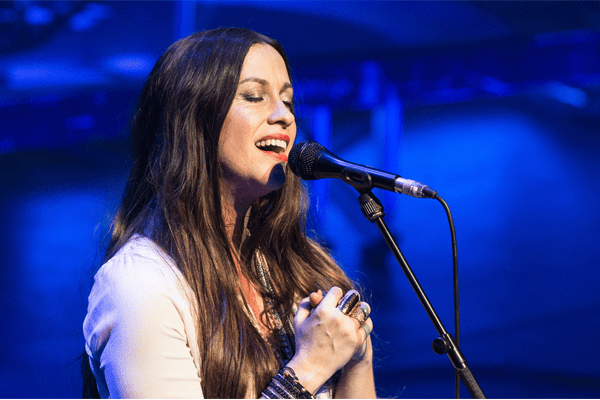 The beautiful Alanis Morissette talks about her music, her life as a mother, being spiritual and various other roller coaster events of her life in her latest interviews with biography.com

Alanis Morissette was one of the finest jewels of the music industry in the 1980s and 2000s and has remained a legend since. Morissette with her unique voice came into the limelight with one hand in her pocket and other one showing a peace sign!

She showcased her singing career by unleashing the famous and critically acclaimed album Jagged Little Pill. The album which went on to become the best-selling debut by a female solo artist at the time has Five Top 10 singles. She nabbed four Grammy Awards that year and the ‘Hand in my Pocket’ single has been inducted as one of the most memorable 2000s songs.

In the interview, Morissette recalls how in an egocentric way she felt that she was the only one to be having those feelings which she had worked into her songs and had later known after the release of ‘You Oughta Know’ that almost everyone felt the same. At the age of 21, almost everyone feels that way! Don’t they?

Being thrust into the international stage at the growing and learning age of 21 had not been easy for this iconic American-Canadian singer. She discloses that meditation had helped a lot at the time

Morissette when asked about spirituality shares that she has read Gangaji’s The Diamond In Your Pocket four times and it has been quite supportive. While playing God in Kevin Smith’s movie, Dogma, Morissette recalls realizing at the time that ‘God must have an incredible sense of humor, and to let this world be as it is’. 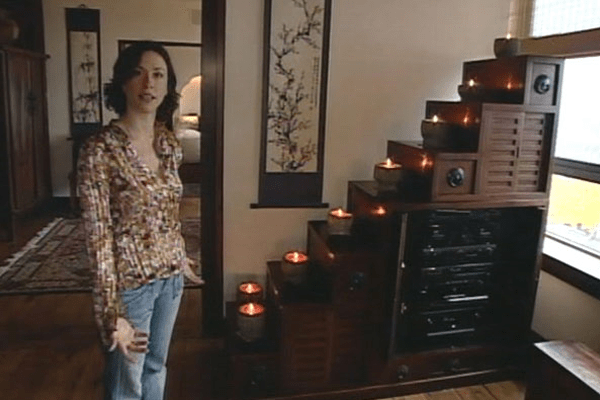 In the lengthy interview, she also shares how motherhood has changed her. Morissette who married rapper Mario “Souleye” Treadway in 2010 has a son and a daughter. For Morissette, motherhood is about ‘integration’. She also agrees that coffee has definitely helped throughout the process. Hasn’t it helped all of us? We feel you, Morissette!

Morissette when asked about the various significant roles that she plays revealed that at present she is a teacher, student, and a friend. Morissette reveals that she feels blissful when she mentors people and calls it her easiest role.

Alanis Morissette is one of the best female singers to have entered the music arena. She is definitely a treasure for all of the music industry. More power to her!