Agnes Bruckner enjoys dating affair with boyfriend, no plans to get married 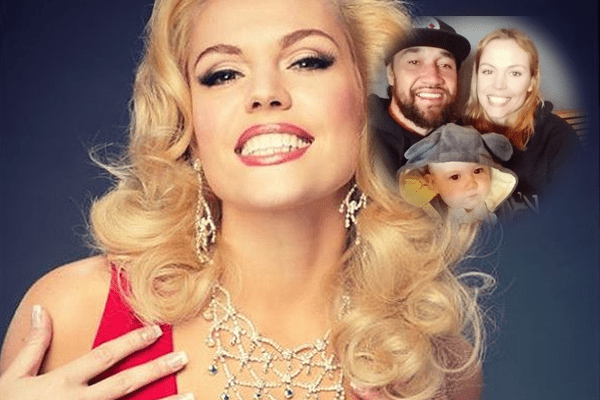 The 31-year-old American actress and model, Agnes Bruckner is turning a year older this August and she is willing to celebrate it with nobody else but with her family. Agnes Bruckner has not been married yet and has no intention of doing so for a couple more years. However, she has a fulfilling job and an adorable partner and son. Let us dig into Agnes Bruckner’s personal life!

Agnes Bruckner seems very happy with her unmarried life. She has not only been triumphing in the acting arena but her personal life as well. Agnes Bruckner’s personal life is well observed on her social media accounts. Bruckner is in a relationship with her partner Alefaio Brewer.

The couple has been in a relationship for a long time now. In October 2015, the couple reported that they were expecting their first child. In an interview with PEOPLE, Agnes Bruckner shared that she had “dreamed of being a mom” ever since she was young. She revealed that she was really excited that it was happening for real and that she was looking forward to the “next chapter” of her life.

Throughout the pregnancy, Agnes Bruckner went on to share pictures of her baby bump in her Instagram account. In a picture where she looked very much pregnant, Agnes captioned “Prince Brewer is still Brewing”!

The couple went on to give birth to their first child, a son on 30th March 2016. They named their adorable son, Sebastian. With the birth of their bundle of joy, Agnes and Alefaio’s lives have been better and their relationship has defiantly been stronger.

Intentions of getting married?

There have been speculations of why the couple has not been married yet although they have been raising a son together. It might also be because of the busy schedule of their jobs that they are trying to keep stable.

Agnes has been working hard in her acting career and has been recently seen in movies and TV series like Wrong Cops, A Bit of Bad Luck, The Returned and Once Upon a Time. Thus Agnes is trying to find time in between raising her kid and conducting her work.

However, Agnes seems to be very content with the relationship she shares with Alefaio Brewer. It seems that Agnes Bruckner’s personal life is going great and that she does not want to change it in the coming years!