Home / Entertainment / Adriano Zumbo and girlfriend Nelly Riggio about to get married or just a love affair?

Adriano Zumbo and girlfriend Nelly Riggio about to get married or just a love affair? 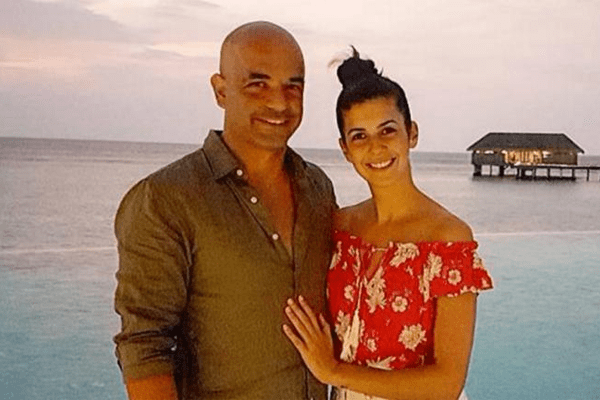 It is really very difficult to keep up a good relationship nowadays and that too in the TV industry things have to be put straight or else the relationship might slip out of hand. But not for this couple! Adriano Zumbo and his girlfriend, Nelly Riggo has been deeply in love but have been constantly judged over for it. However, the couple has been fighting against the judgments and keeping their love alive amidst all of this. This might be a sign to a possible marriage. Let us find out more about the details!

Are Adriano Zumbo and Nelly Riggo facing some problems in their relationship?

Pastry Chef Adriano Zumbo has been deeply in love with his girlfriend, Nelly Riggio whom he offered a job in the research and development department of his patisserie in 2016. They expressed their love publicly through, of course, their Instagram account.

#TBT take me back to where I was a coconut for a over a week with my darling ??✨? @adrianozumbo611 • #maldives #tbt #throwback #thursday #love #kisses #sunsets #coconuts #palmtrees #ocean #indianocean #sand #sea #fish #dory #demo #dusitthani #resort #food #foodies #sweettooth #sweethearts

Nelly posted a picture of herself being lifted high by Adriano in a romantic evening setting. The Instagram quickly revealed that the couple was romantically involved.

However, Nelly was badly slammed at many occasions after that in social media sites. Why? Nelly was previously in a relationship with her ex-boyfriend, JB Huillet and was said to have broken up with him soon after that.

A hater of Nelly and her decisions to dump her boyfriend for Zumbo posted that Nelly might be “ fake” and reminded people of the clip where Nelly was “drinking a shot then swearing like a sailor”. The account holder seemed really angry at Nelly and attacked her on personal levels. Nelly also fought back and asked the person to “get a life”!

However, Nelly was not alone in their fight; she had her followers who guarded her throughout all of this. The follower and fan wrote that “Nelly has moved on” and that she might have been busy in her work and the couple might have split up. It is very much true in most of the cases! After finding a ray of supporter amidst all the crowd of haters, Nelly posted “You’re on the money with one” with a smiling emoji.

There have also been controversies about their age difference since Nelly is 26 and Zumbo are 35. But, Adriano Zumbo came to the rescue and wrote “well I’m 35 Nelly is definitely not 15” when his lady love was targeted for it! This bond shows that they might actually get married soon.