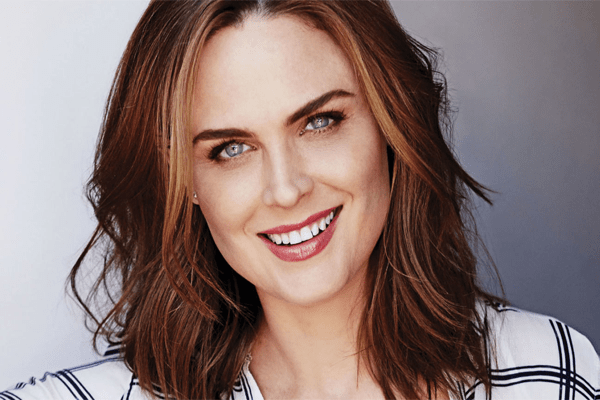 Six years after marriage, Bones’ actress, Emily Deschanel is living blissfully with her husband, David Hornsby and their two lovely kids. Like the by-gone years, actress Emily’s nest seems to be warm and delightful this winter as well.

Actress and producer, Emily Deschanel is perhaps known best for her character Dr. Temperance Brennan in the crime procedural comedy-drama series tilted Bones which airs on Fox. Emily is the epitome of an exceptional woman who has kept a balance between her personal and professional life. She is married to American actor, screenwriter and producer, David Hornsby who is known best for his contribution in movies and TV series like It’s Always Sunny in Philadelphia, and Unsupervised to name a few. He is a respectable blonde producer and she is a leading American beauty. They are indeed a match made in heaven.

Married on 25th September 2010 in Los Angeles, the couple has not had any family feuds that have drawn the paparazzi. Emily was pregnant with her first child Henry Lamar Hornsby in 2011. More recently, on 8th June 2015, she gave birth to her second son, Calvin. Even while she was pregnant, Emily did not halt her acting career. Her acting career has never been negatively affected by her marriage or the birth of her children.

Her son Calvin is 11 months old at present. She also shared in an interview at The Jimmy Kimmel show this May that she and her sister, Zooey was pregnant 2 months apart only. She revealed that she and even David bring Calvin and Henry to work at times. Emily revealed that both she and her husband have joined hands at raising their kids. That certainly ticks the marks to good parenting! Emily, like any other parent, believes that parenting is definitely a tedious work. However, the sensational American beauty has kept her personal and professional life in sync and is doing remarkably well.

More recently Emily was seen attending the 30th annual Farm Sanctuary gala in a lovely Saturday night in November at the Beverly Wilshire Hotel. She was seen with stars like Jon Stewart, Kevin Nealon, and more. Emily is known to be a vegan and also promotes it. Emily admitted that she would very much like to make her children vegan as well. Emily Deschanel is not only a leading actress but is also a loving mother and caring wife. Her fans hope to see her family flourish.

This is a lovely piece! Thanks. > Why Bones Was One of the Most Interesting Love Stories on TV https://t.co/yZppZakAyY via vulture

This is a lovely piece! Thanks. > Why Bones Was One of the Most Interesting Love Stories on TV https://t.co/yZppZakAyY via vulture