Home / Actor Kevin Quinn in a dating affair or on the lookout for one?

Actor Kevin Quinn in a dating affair or on the lookout for one? 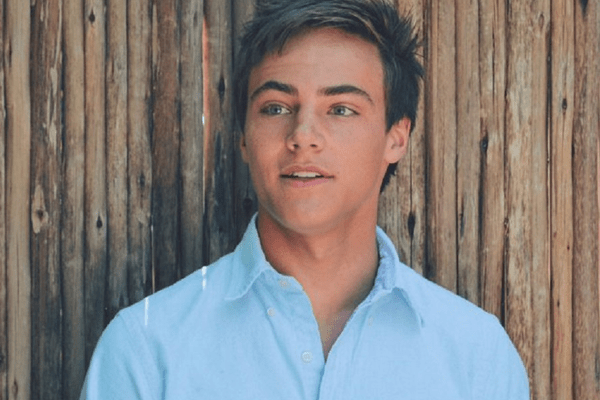 Not only is Kevin Quinn one of the best growing actors in the industry, he is also one of the most handsome in the lot. By the looks of it, Quinn might have numerous girls falling for him. However, it is weird to know that Kevin Quinn’s dating affair details are almost hallowed.

Unlike many other actors of his age, Kevin Quinn is not seen dating many girls. He is reluctant on speaking about his personal life in front of the public. At many instances, he has even dodged the questions regarding his dating affair.

Kevin Quinn shared in an interview with WHOSAY that he has not made any connections and was mostly not likely going on a date on Valentine’s Day.

Kevin Quinn is single at present. He has not been linked to any actresses he has worked with. Although his sexuality is known to be straight; Kevin Quinn has not been active in the field of dating. It might be so that he has not yet found his lady love and is still searching or that he might simply be focusing on his career as an actor!

The 20-year-old actor, Kevin Quinn is an epitome of a handsome actor. He came into the limelight with his lead role in the TV series Bunk’d. Ever since then he has made many girls fall endlessly for him.

Kevin is known to be mostly a family guy. When he is not working he is seen mostly with his family and friends. He shared an adorable picture of himself wearing his dad’s clothes back in 2000 in twitter.

I stole my dad’s clothes one day back in 2000. One might say I’ve been acting since I was 3…even if that means acting like a fool! #FBF pic.twitter.com/ai0M1LETsE

He has also posted pictures of his mother and his twin sister. Quinn seems very protective of his twin sister. He posted an adorable picture of himself leaning on to his sister and captioned the picture “I can lean on her.” Isn’t that adorable?

I can lean on her. Always. pic.twitter.com/FI0ywv2vjX