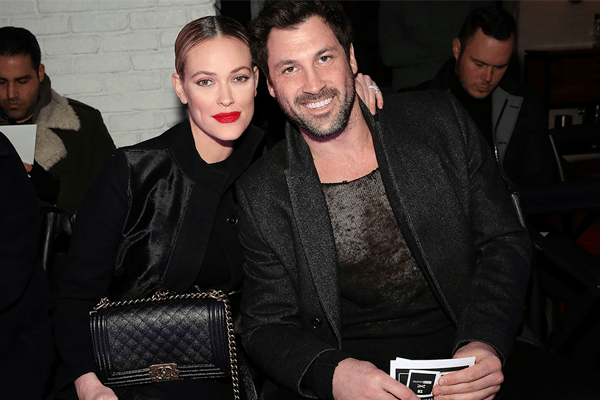 Photo Source: etonline.com
The wedding bells have already started and it is only a few days before the lovely couple Maksim Chmerkovskiy and Peta Murgatroyd gets married. To celebrate their quick approaching marriage and their years of love we have presented the times when Maksim Chmerkovskiy and Peta Murgatroyd have melted our hearts with their cutest couple moment!

One of the cutest moments that Maksim Chmerkovskiy and Peta Murgatroyd have presented to us as a couple is when Maksim proposed to Peta during a live dance performance in December 2015. The gesture was really sweet and Peta looked more than amazed. It definitely proves that not all reality TV proposal end in separations!

In an interview with E! News, the cute couple could not stop saying adorable things about each other. And when Peta fully displayed the wonderful ring that Maksim put on her and we were screaming out hearts out with joy.

They are not just dancers on stage but of stage as well. The couple shared a video of them dancing in sexy and cute moves during a romantic trip to Saint Martin in March 2016. Maxim and Peta looked super cute in their shorts. And we can’t deny that the sexy dance was couple goals for us all!

All the kissing and all that hugs shared between Maksim Chmerkovskiy and Peta Murgatroyd shows that they cannot keep their hands off each other. Where ever the couple is spotted, they are pictured kissing passionately, ma it is on red carpets or a casual walk down the street.

How can we miss the baby announcement made by Maksim Chmerkovskiy and Peta Murgatroyd? Pets took to Instagram to reveal their pregnancy. In the picture, Peta bubbled with joy as Maksim kissed her growing belly. Since then, we have seen tons of adorable pictures of the couple and Peta’s bundle of joy inside her!

In a video, we get to see a very handsome and concerned dad to be, Maksim showing us how to master the art of diaper changing. Peta seemed very much excited filming Maksim.

After 2 whole months of keeping their new-born hidden from the social media, the couple finally decided to share pictures of their son named Shai. The couple could not keep their hands to themselves and were frequently pictured cuddling their son.

Stassi Schroeder and Patrick Meagher are “Back Again”?