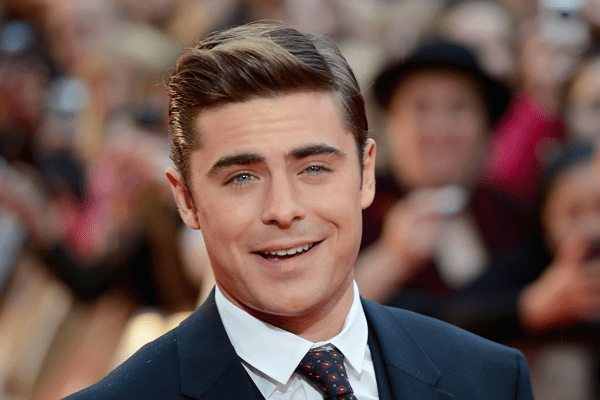 Even the hottest guys in the Hollywood arena have got something nasty under their sleeves that they want to desperately keep hidden. Zac Efron, the man of many women’s dream has been keeping many secrets but not anymore! Here are some of the interesting and dark secrets of the notorious and handsome, Zac Efron!

Zac revealed that as a kid he took out a picture of Tyra Banks from his mom’s Victoria’s Secret catalog book and pasted it on his ceiling. And to think that Zac Efron might have been fantasizing on Tyra Banks!

Zac shared a sweet secret of his first kiss that he had when he was in 7th grade! You might be wondering how early it sounds! Well, his first kiss happened as a dare while playing Truth and Dare!

Zac revealed that his favorite movie was Dumb and Dumber. He also unabashedly shared the secret that he has watched it many times bur always finds it equally funny! We can relate so much to Zac Efron at that!

Zac had always secretly liked the Queen of England and when asked who he would swap lives with, of course, he said it would be with her. This also coincides with the fact that he loves the city London. We bet, the Queen of England would find Zac’s life equally interesting!

The people who are die-hard fans of Zac Efron and who eye his every move might also see him wearing a dog tag necklace. However, for many years he did not reveal the secret of the necklace. It has been revealed that it was given to him by Paula Abdul that read “Reach for the Stars” on the front and “You might just become one!” on the back which is really very sweet and inspiring!

It might be known to a few people only that Zac was offered a record deal by Simon Crowell. Well, of course, he has exceptional signing talents; however, this hunk traded it for his acting priority.

One of the dark secrets of Zac Efron during the start of his twenties was his drug addiction. At the time Zac even went to a secret Rehab for Cocain Addition. This former teen idol shocked ever a possible fan of his when it was revealed that he was addicted to alcohol and cocaine. Zac learned it the hard way and at present is doing exceptionally well in his personal as well as professional life!
Inside the secrets of pop star, Justin Bieber