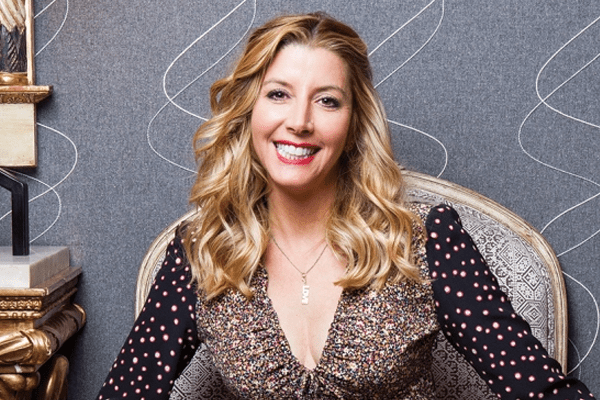 While many other 46 years olds might be driving themselves crazy over their monotonous low paying jobs, Sara Blakely has been casing million each month through her creative designs. Blakely eventually became one the youngest Highest Earning Fashion Designers the world has at present. It is amazing that a 29-year-old Sara changed her life from quitting her work as a door to door salesperson selling fax machines to a fashion designer and founder of Spanx.

Tory has been earning heaps of many through her own fashion brand which was endorsed by Oprah. Named the 79th most powerful woman in the world by Forbes back in 2014, Tory Burch‘s wealthy family status is also known to have eased the process of her becoming an art major and owning a fashion line. Tory is known best for her collaboration with Vera Wang and Polo Ralph Lauren.

They say the traits of a successful person are seen from his early ages and that is exactly what happened with Kors who began designing his own clothes at the tender age of ten. Eventually, Kors joined the Fashion Institute of Technology in New York City and is currently selling Watches, handbags, clothes and more under his company Michael Kors Holdings. The Michael Kors Holdings currently has a revenue of 4.71 billion US dollars and has 12689 employees as per 2016.

Coming from a wealthy family and being brought up in the fashion industry, the heiress to the Estée Lauder fortune had it all easy. But, she did not want to always be associated with the rich daddy’s girl so she went on to establish her own fashion brand named Aerin.  Her brand has been selling clothes, perfumes, shoes, bags, jewelry and more.

There might only be a few people who are not aware of Domenico Dolce. Sicilian fashion designer Dolce most certainly is one of the Highest Earning Fashion Designers in the World which can be easily proved by his stylish bags, and clothing. He along with his business partner Stefano Gabbana have opened their fashion line Dolce and Gabbana with its headquarter in Milan, Italy selling luxury brands.

Stefano met Domenico Dolce in 1980 and together the pair opened their company, Dolce & Gabbana and unveiled their first collection in 1985. Since the 90’s till date, the D&G products have been flying throughout the world and gaining wide popularity each day. No wonder Stefan Gabbana is one of the Highest earning fashion designers.

It is true that most Italians have fashion woven in their blood, or at least that is what Italian designers like Rosso are trying to prove. We might not be well acquainted with Rosso’s name but his brand name Diesel has come across everyone’s home. Often regarded as the “Jeans Genius”, he is the president of OTB Company consisting of a wide range of fashion lines including Diesel.

We might know the fashion company Prada for being owned by Mario Prada. Mario’s youngest granddaughter, Miuccia took over the company in 1978 and has made it an iconic global fashion line. Miuccia currently works as Prada’s head designer and has also founded its subsidiary, Miu Miu. Prada has developed a global liking with clients having a very avant-garde and sophisticated taste.

Ralph Lauren started from the lows selling self-made ties to his classmate. Soon he worked as a salesperson for a tie making company. Lauren soon got his first client, Neiman Marcus and it was all highs after that. In 1967 he established his fashion company, Polo Ralph Lauren. The Ralph Lauren Corporation is currently grossing 7.4 billion US dollars with its headquarters in New York City. The corporation has also established various subsidiaries which have caused Ralph Lauren to become one of the Highest Earning Fashion Designers that we know of.