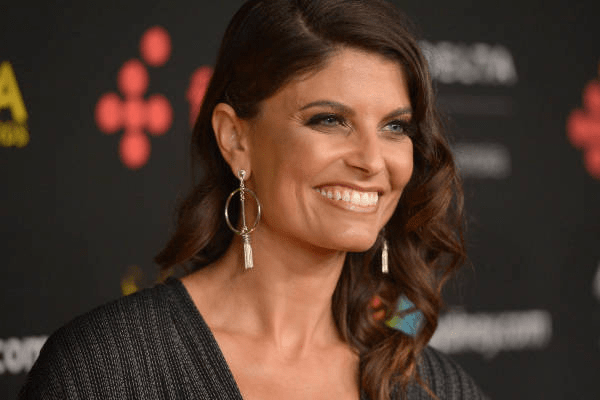 Zoe Ventoura, who is best known for portraying Melissa Rafter in Packed to the Rafters, was born on 19 August 1981 in Perth, Western Australia.  She attended Penrhos College there.

Zoe’s parents, both were from entertainment industry where her mother was a choreographer and her father was a musician in a band and play bass guitar. Her parents always inspired and encouraged her to do what makes her happy and acting was all Zoe wanted since childhood.

The talented actress has performed in many Television series including Hyde and Seek (2016), Wild Boys 2011 Packed to the Rafters (2008-2013), and Kick (2007). She has also starred in various movies including Pirates of Caribbean: Dead Men Tell No Tales(2017) as Mayor’s wife.

Net Worth of Zoe Ventoura

Zoe Ventoura’s Net Worth is amassed from her profession as an actor. As per the record of 2018, Ventoura has a net worth of $800k which she collected from her previous performance in Australian TV series and starring in Hollywood as well as Australian movies.

Ventoura is currently modeling as a new face of underwear brand Jockey from which she is earning a good salary. The Australian star is soon starring in Drive Hard and You Can’t Play the Game If You Don’t Know the Rules.

After a long dating, the Australian actress got engaged to her co-star television presenter and an Australian actor Daniel MacPherson. The two got engaged in December 2014 in Queensland while holidaying over Christmas.

The engagement ring was designed by Zoe’s mother in law herself as she is a Jewellery designer.

Thanks for all the well wishes! Zoe & I got engaged in early Dec in Qld and had a great time celebrating over Xmas in Oz. We are V happy✌

The couple fixed their wedding date on Noosa in November 2015. As the wish of Zoe, the two tied their knot secretly and in a simple way in the presence of just a few family members, close friends. Zoe and Daniel are planning to have a baby soon. 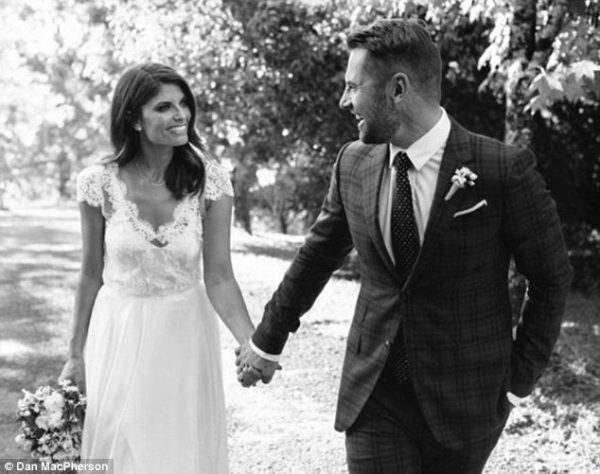 Zoe Ventoura and Daniel MacPherson happy to have each other as their life partners. Photo Source:dailymail.co.uk

Before meeting Daniel MacPherson, Zoe was rumored to be in an affair with TV veteran Dr. Chris Brown. The two dated each other for so long but couldn’t continue and thus split up on 2010.

Beautiful Zoe told in a news that her split up with Dr. Chris Brown was painful and it took her time to go out of the trauma. But when she found Dancing With The Stars‘ host Daniel MacPherson she forgot her ex-boyfriend and started dating the TV host Daniel. 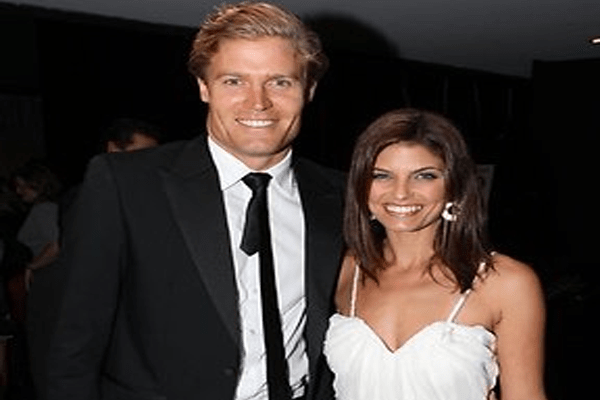 Presently, the Australian actress is too busy with her flourishing career and her husband and co-star Daniel MacPherson.

The entertainment industry’s one of the cutest couple usually don’t have time to meet each other due to their busy schedule although whenever they become free from the works they never miss out to spend time with each other.