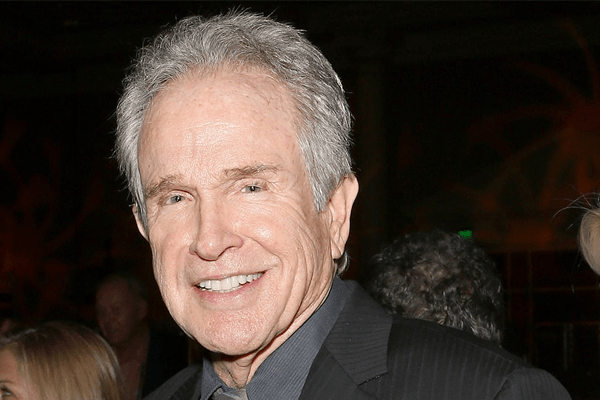 Born in 1937, Warren Beatty is an established actor who a series of award winning/nomination performance and directing. He is the recipient of Academy’s highest honor, The Irving G, Thalberg Award. Among many of the Warren Beatty movies, his Golden Globe nominated movies are Splendor in the Grass (1961), Bonnie and Clyde (1967), Dick Tracy (1990), Bugsy (1991) Bulworth (1998) and Rules Don’t Apply (2016).

Warren Beatty was born Henry Warren Beatty on March 30, 1937 in Richmond, Virginia. He was born as the son of teacher, Kathlyn Corinee, and public school administrator, Ira Owens Beatty. In 1945, his family relocated to Arlington, Virginia. He grew up with his elder sister, Shirley MacLaine, who is an actress/dancer/writer.

Warren Beatty grew interest in movies before he was in his teenage. He got influenced by The Philadelphia Story (1940) and Love Affair (1939) when he was a child. Beatty was the fan of TV shows in 1950s including Texaco Star Theatre. Soon, he began to mimic its host comedian, Milton Berle.

During the younger days, he used to spend his time alone. His favorite pastimes were reading books by Eugene O’Neill and singing along to Al Jolson records.

Warren Beatty’s sister was a successful Hollywood star who encouraged him to work as a stagehand at the National Theatre in Washington, D.C. He was in his senior year during the time he took the work in his summer term.

He went to Washington-Lee High School where he was a football player. Due to his excellence in sports, he received 10 football scholarships. However, he rejected all of them to study liberal arts at Northwestern University. He was a member of Sigma Chi fraternity during one year of his time in college (1954-55).

Later, Beatty left the college and moved to New York City. There, he studied acting at the Stella Adler Studio of Acting.

Before Warren Beatty movies appearances came, he joined California Air National Guard in 1960. However, he got discharge from there due to his physical inability.

Warren Beatty movies appearances came after his television appearances. He played in shows like during mid and late 1950s. Beatty showed up in Studio One, Playhouse 90 and The Many Loves of Dobie Gillis.

Soon, Warren Beatty movies started to mushroom. He made his debut with Splendor in the Grass in 1961 which became a critical and box office success. The movie earned a couple of Oscar nominations out of which it won one.

During 1960s, he appeared in a number of films including The Roman Spring of Mrs. Stone, All Fall Down, Lilith, Promise Her Anything, Mickey One and Kaleidoscope. Soon, he put his hands on movie production.

Apart from Warren Beatty movies appearances, he has also produced movies. He produced Bonnie and Clyde in which he acted. The film released in 1967 for which Beatty had overseen the script and delivery of the film.

His next film Reds (1981) gained critical and commercial success. He next produced, directed and played in Dick Tracy which became a highest-grossing films with mixed reviews. His other movies that garnered huge success and a number of nominations are Bugsy and Bulworth.

The film Heaven Can Wait (1978) earned nomination for nine Academy Awards, including Best Picture, Director, Actor, and Adapted Screenplay. Beatty is the director, producer, writer and actor of the film. The film won 3 Golden Globe Awards for Best Motion Picture and Best Actor.

Additionally, he received Star of the Year in 1975 and Director of the Year in 1978 from the National Association of Theatre Owners. Also, he has been honored with the American Film Institute’s Life Achievement Award in 2008. Beatty won the British Academy Fellowship from BAFTA in 2002 and Stanley Kubrick Britannia Award in 2011.

Apart from a number of nominations, he is the winner of Eleanor Roosevelt Awards, the Brennan Legacy Award, the Phillip Burton Public Service Award and so on. He has served as the founding board member of the Center for National Policy and Progressive Majority. Furthermore, Beatty has served as the Campaign Chair for the Permanent Charities Committee and served on the Board of Trustees at the Scripps Research Institute.

The high-profile actor/director/producer, Warren Beatty movies have garnered him a number of awards and nominations. These achievements in turn has earned him net worth of $70 million.