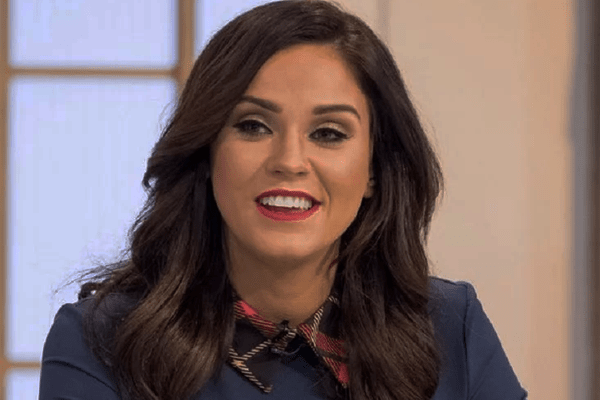 Famous English television and media personality, Vicky Pattison is best known for her MTV shows Geordie Shore, Ex on the Beach, and Judge Geordie. Queen of the jungle Vicky is also author of books like ‘Nothing But the Truth’ and ‘A Christmas Kiss.’  Increasing TV shows, book selling and endorsement deals helped Vicky Pattison net worth to be over £1 million($1,413,710) as of 2018.

Vicky Pattison net worth was estimated to be £500,000 ($706,855) according to Spears. However, Vicky has signed number of deals after her reported net worth was announced.

Pattison had stated that she has been investing money on properties, rather than on designer bags and flash cars. She’s being responsible rather than wasting her money. Vicky said to The Mirror,

‘I have just hit the seven figure for the first time. And I’m being wise with the money. I’m turning myself into a bit of a property tycoon.’

Yes, Vicky has stated that she has purchased two houses, one in Essex and other in her home town, Newcastle. And she is very happy.

Pattison, born on November 16, 1987, in Newcastle, England, holds a British nationality. She belongs to Caucasian ethnicity. Daughter of John Pattison and Caroll Pattison, Vicky grew up with her sibling Laura Pattison.

During her childhood, she was interested in drama and wanted to come into the spotlight. After the completion of her primary level education, she studied at Burnside Business and Enterprise College following Liverpool John Moores University. There, she earned her degree in drama.

Vicky initially worked at night clubs and telesales to earn money before starting her career professionally. Her first job was at metro center, in Shelley’s shoes.

Initially, Pattison made an introductory appearance in the MTV show Geordie Shore and played the show from May 24, 2011 to 2014. In October 2011, she was featured on the front cover of the Magazine Loaded.

Following a slow start to her professional career, Vicky featured in the magazine alongside The Only Way Is Essex star Jess Wright and Made in Chelsea star Binky Felstead.

Successively, she also featured in the Magazine Nuts along with fellow Geordie Shore star Holy Hagan. After that, she started a turbulent on/off the relationship in the second series of the show with new cast member Ricci Guarnaccio.

Her fitness DVD named Vicky’s 7 Day Slim released in December 2013. And it became a bestseller in 2014.

In 2016, Vicky Pattison appeared in the television series Drunk History: UK and Murder in Successville. Vicky took a new challenge in 2017 after she joined E4’s All Star Driving School show. In this show, the stars engaged need to pass and clear their driving test in just a week. Certainly, Vicky Pattison net worth is amazing.

Vicky Pattison net worth is estimated to be over £1 million. 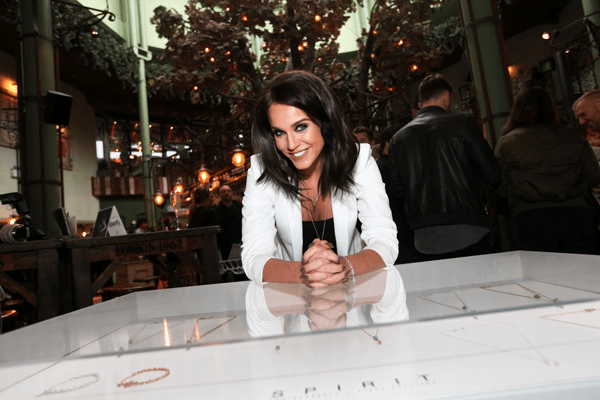 One of the Geordie Shore stars, Gaz Beadle revealed to Heat magazine, that he has earned £40,000 to £ 45,000 every month from the show. He also received £2000 to go and act in a night club. Vicky, being part of the show for nine series, might have earned similar amount for her performance in the show.

After having lot of anger issues and arguments with her co-stars in the show, Vicky tried to appear in a different version in her upcoming shows. In 2015 I’m a Celebrity..show, every stars are known to receive an appearance fee. Vicky, however, received more and made £1 million fortune from the show.

After a couple of reality shows, Vicky had shared;

“I would like to stop doing reality shows. It’s not that I’m not grateful for the platform it has given me but I want people to know less about me. I would like to be a TV presenter.”

And she got it. Vicky Pattison net worth increased with her getting signed into profitable contracts. Vicky became a full time TV presenter signing a summer contract and spent nine months on the show ‘Loose Woman.’ After her few performance and appearance in ‘The Morning’, she also landed in show with jungle friend Ferne McCann.

Also presenting Judge Geordie in MTV, Vicky Pattison’s large percentage of her earnings is through her Mini V nutrition range available via subscriptions service and on sale in LittleWoods. The brand has come up with an additional service of providing workout videos, diet and cooking tutorials.

‘We are hoping to be in Little Wood next year and are planning to sell with JD Williams.’

Similarly, Vicky Pattison net worth had an addition with her being the face of jewelry from Chain & Able. Similarly, she is also a body Confidence ambassador of Ann Summers.

In addition to this, Vicky has a clothing line for Honeyz and has signed an endorsement deal with Fake Bake.

Her earning from her three books released in August 2014 and also DVD listed as best-selling adds to Vicky Pattison net worth.

As mentioned earlier with her increasing earnings, Vicky has invested her money on houses. One in Newcastle and one in Essex.

For her new show, E4’s All Star Driving School show, Marnie Simpson, stated that she heard Vicky is getting only £5000 fee from the show. And that is a good amount of money when you are not in public eye. Later, she tweeted,

I was told this info and asked to comment. I didn’t reveal anything how am I supposed to how much people get paid. Get your info correct https://t.co/2xM2Y8s0wF

Since November 2016, Vicky is in relationship with John Noble. John is a businessman engaged in the Town-based clothing retailer Little and Large. The duo made their affair public from The X Factor show. The lovebirds are trying to marry by 2019, as per her statement in Digital Spy.

And they are engaged to marry. Have a look at the picture where Vicky is showing her sparkling diamond engagement ring. 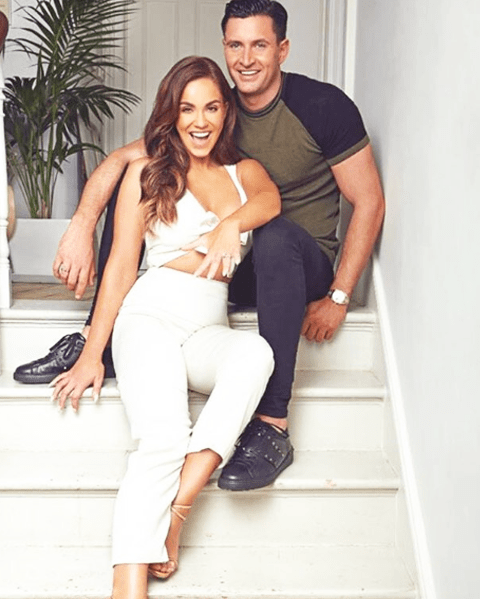 Vicky Pattison looks great with her to be husband John Noble. Her face is glowing like the sparkling diamond engagement ring in her finger. Source: Vicky Pattison’s instagram

Vicky has been in multiple affairs and relationships with celebrities in between 2011-2016. The names of her boyfriends are Jay Gardner, Charlie Sims,  James Morgan, Alex Cannon, Jordan Davis, Mario Falcone,  Liam Lewis, Scott Timlin, Alex Bowen, and Joss Mooney.

In 2012, Vicky was not only dating but got engaged to her Geordie Shore co-star, Ricci Guarnaccio. But soon, they parted ways.

Pattison has a height of 5 Feet 6 Inch and body weight 123.4 lbs. She has beautiful green eyes and naturally black hair. A British native Vicky possesses Caucasian ethnicity. Her birth sign is Scorpio. Vicky and Queen V are Pattison’s popular nickname.

Vicky loves to work out in gym. In three months of workout, diet and exercise, she has reduced her body size from 16 to 6.  Vicky is often told that she looks like Katy Perry. She loves Mars bars. She is active on the social pages like Facebook, Twitter, and Instagram.

For more updates and information on celebrities, stay connected with SuperbHub.