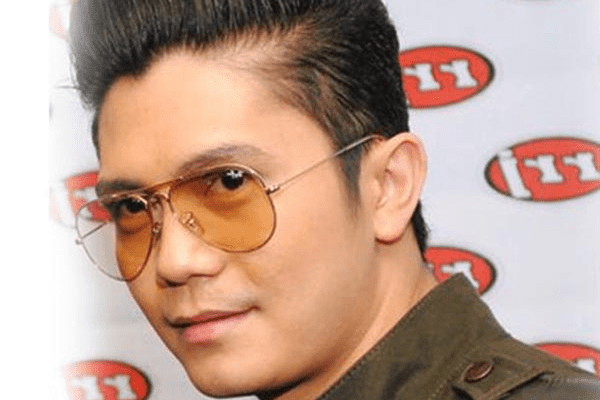 Vhong Navarro is a multitalented famous actor and comedian from the Philippines. He is also popular for his singing and dancing. He is known for his TV hosting in ABS-CBN. He has appeared in various movies, televisions and performed in different shows.

Navarro was born on 4th January 1977 in the Philippines in a place called Sampaloc in Manila. His real birth name is Ferdinand Hipolito Navarro. His mother’s name is Imelda Hipolito and father’s name is Danilo Navarro. He attended San Isidro Catholic School for his studies. From the early age, he was interested in dancing, singing and acting. He used to perform in stages during his school days. People appreciated his work which became the key for inspiring him to establish his successful career. During his early teenage, he appeared in advertisements for products as Blu Tabs and Sprite and later got endorsed to take part in advertisements of other different products. In 1993, he was also the part of 90’s famous dance group named Streetboys. The group used to perform on stage and gave biggest hits as Turbulence Wild StreetDanz, Boom Tiyaya and so on. From his performance from different concerts, shows and stages, he was able to grab the attention of director Chito S. Rono. Then after, he got the opportunity be the part of different shows, series and movies and show his talents.

He got entry into the filmography industry from series Home Along Da Riles in 1992 in the role of Hurculies whereas movie debut was as a part of Streetboys in Minsan lang kitang iibigin and Separada in 1994. He did the role of Macky in film Istokwa in 1996. In the same year, he was signed to be the host in show Super Laff-in from 1996 to 1999 and another show ASAP from 1996 to 2009. He appeared in Spice Boys in 1997. He was seen as Jason in 1998 movie Labs Kita…Okey Ka Lang. He was also appointed to appear as Samson in Pwedeng Pwede which aired on ABS-CBN from 1999 to 2001. In the year 2000, he did 4 movies as he appeared as Monset in  Tugatog, as Benny in Daddy O! Baby O!, as Raphael in Anghel Dela Guardia and as Thor in Spirit Warriors. He showed his performance on 2001 series Whattamen as Elton and appeared as Pating in movie Banyo Queen and as Dencio in Oops Teka Lang Diskarte Ko ‘To. He appeared in the role of Lesther in film May Pag-ibig Pa Kaya? and as Carry in Cass and Carry: Who wants to be a Billionaire in 2002. He also portrayed the character Rudolph in Star Cinema’s Got 2 Believe.

2003 – He was seen as himself/ Host in Wazzup Wazzup and as Bok Tyson in Bida si Mister, Bida si Misis.

2006 – He hosted as himself in the show Gudtaym and performed the role of Gary in Komiks Presents: Da Adventures of Pedro Penduko and as Donato in series Love Spell:Pasko Na Santa Ko.

2008 – He was seen as Eman in I am KC: Love to Dance and as Nicholas “Kulas” Moro in I Love Betty La Fea as well as hosted as himself in the show Pilipinas, Game KNB?

2009 – He did the role of Moy in series May Bukas Pa and a guest role in George and Cecil. He also signed a contract with ABS-CBN to host the musical show It’s Showtime since 2009 and is hosting till present.

2010 – He also hosted in the TV shows Wowowee and Magpasikat. He appeared as Bruce Kho Reyes/ Belat in Kokey @ Ako.

As in television shows, he also appeared as different characters in several movies. He showed his versatility doing minor roles, guest roles to lead characters. The movies that contributed to building his film career year by year are:

2007 – He played the role of Agent X44/Reserve Agent King Agila in movie Agent X44 which was made by Star Cinema.

2009 – He was seen as a Real Estate Buyer in Astig and a cameo role of a waiter in MJM and Spring Films produced movie Kimmy Dora.

2010 – He gave the voice of Sargo/Cel in animated movie RPG: Metanoia.

2011 – He appeared as Conan in a movie made by Star Cinema named Bulong.

2012 – He was seen playing the character of Hank in movie Shake Rattle and Roll 14: The Invasion produced by Regal Multimedia and Entertainment.

Other works and Involvements

Besides hosting television shows and appearing in movies and series, he also has contributed in the discography. He was one of the members of Streetboys dance group. His different albums had been released in different years. In 2004, Totoy Bibbo and in 2005, Don Romantiko were released. His other studio albums were in 2007 as Chickboy and in 2008 named as Let’s Dance. In 2008, his compilation album containing 11 songs as Cha Cha Cha, Don Romantico, Pamela, Wag Kang Makulit and more was released. He sang different songs and appeared in different music videos as well. His songs include Totoy Bibbo, Magandang Umaga, Ayos Na Ang Buto- Buto, Mr Papabol from I-Star 15album, Hari ng Dance Floor from the famous album It’s Showtime. His songs also have been used in different movies. In movie Da Possessed his song Da Vhong Song, in Supah Papahlicious the song Supah Papalicious Man, in film D’ Anothers the song Don Romantiko, in movie Agent X44 the song Chickboy were included. In TV series Kulilits, the song Huwag Kang Makulit was used. Pata- Pata- Pon and Minahal Kita are his other songs.

In recent years, he appeared as Jerome in show Home Sweet Home and in the role of Oscar Palmera aka Oca in Wansapanataym: Nato De Coco in 2014 and he was seen judging the contestants in dance show Dance Kids in 2015. He also did a cameo role for the movie Starting Over Again in 2014 following the role of Ramon in movie Da Possessed and as himself in Viva Films produced movie Maron 5.2 The Transformation. He was also featured as the character of Odie in a movie Buy Now, Die Later which was made by Viva Films in 2015. In 2016, he was associated with Cineko Productions and worked for the character Mang Kepweng for the movie Mang Kepweng Returns. He appears on ABS- CBN TV on his show It’s Showtime. He has been involved in different other projects which are on the way of production and is working on it. His future upcoming projects are on the way of release which his fans and well-wishers are eagerly waiting.

He has been appreciated and loved by people, filmmakers and coworkers for his work in the various field. People also have given him the title of Jim Carrey in the Philippines. For his performance, he has been nominated and had received awards during different award ceremonies. In 2010, he won the title Anak Makabata Awardee in Anak TV Awards and was nominated for the award in the category of Best Talent Search Program for his hosting in It’s Showtime during PMPC Star Awards for TV. For same show, he was again nominated in 2011 PMPC Star Awards for TV for his hosting. He won the award in the category Anak Makabata Awardee again in 2012 also in Anak Makabata Awards. In the same year, he won Best Reality Game Show Host Award for the show It’s Showtime and Best Comedy Actor category for TodaMax during 2012 PMPC Star Awards for Television. He won the Award for Best Male Host in Television in Yahoo OMG! Awards in the Philippines for his show It’s Showtime.

He was born in a happy Navarro family in the Philippines. He is a friendly person so never had issues with his parents and other family members. His sibling’s information is not available. As he started working as singer and actor, his family supported his dreams and inspired him. As he became popular, he got many fans especially female. He had an amazing and attractive personality. He had affair with many girls.

He was in an official relationship with Bianca Lapus as they married in 1998, but their relationship couldn’t last longer than 10 years. They divorced in 2008 due to different issues. He had two sons Frederick and Isaiah with her.  He also had 3 years long relationship with Desiree Del Valle from 2006 but the relationship ended in 2009 because of misunderstanding. There was a rumour of him being in a relationship with Deniece Cornejo but was proved fake after Navarro denied it. He is currently having an affair and is dating Tanya Winona Bautista. He is spotted in various places with his girlfriend.

Vhong Navarro is at the top of his career. He has been famous in the Philippines as singer, dancer, host, actor, and comedian. He is a versatile celebrity. He had been through many ups and downs in his personal life. As he has a good soul and very down to earth person, he always has been motivated by love and inspiration that he gets from his fans and loved ones. But his journey from being a member of dance group to being a famous celebrity was not so easy. He had to face problems and had to struggle throughout his career and personal life too. In 2014, he was threatened and attacked by few men in Fort Bonifacio in Taguig. This incident led him to halt his appearance on his show for some time for his recovery. Again in the same year, he was blamed for an attempted rape of a model, which was later called unlikely with the help of CCTV footage. The incidents made him mentally stressed and he could only return to the show after a month of recovery. Later in April, Navarro was announced innocent and the girl who case file Cornejo and Lee was arrested. His fans were happy for him and their love and respect towards him increased after that.

Navarro was born on January in the Philippines. His birth sign is Capricorn. His nationality is Filipino. His ethnicity is Asian Mongolian. He is 38 years old but his appearance and looks are very younger than his age. He has a height of 5 feet 10 inches.

He has a perfect balanced body with the weight of 62 kg and maintained by exercises and perfect selection of food. His eye colour is brown while his hair is black in colour. He is a comedian, actor, TV personality and singer by his profession. Although the salary he receives for his shows and roles are not revealed but his net worth has been boosted over 20 million US Dollars which he is worth of. He interacts with his fans and loved ones through social networking sites as Facebook and Twitter where he has got several followers.