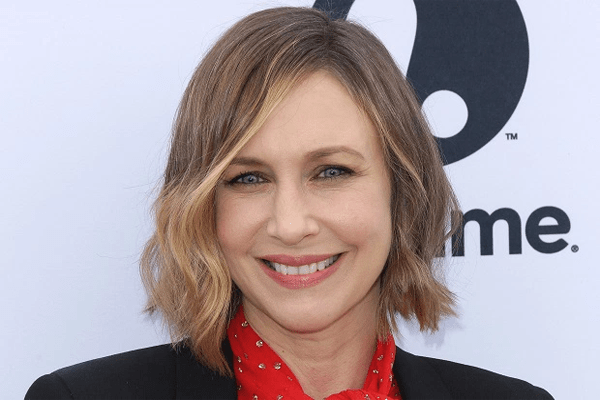 American actress/director/producer, Vera Farmiga movies and television series earned her a remarkable place in acting career along with garnering her a good fortune and prominence.

Vera Ann Farmiga acting career started as she landed a role on Broadway’s play Taking Sides (1996). Similarly, she made her television debut with Fox series Roar (1997) and film debut with Return to Paradise (1998). Farmiga made a breakthrough in acting through her role in Down to the Bone (2004). The other remarkable Vera Farmiga movies where she starred are The Boy in Stripped Pajamas (2008), Orphan (2009) and Safe House (2012).

The actress is the Academy Award nominee for 2009 as Best Supporting Actress in comedy-drama Up In the Air. She earned the nomination for her role as Alex Goran. In addition to acting, she has also made her directional debut with Higher Ground (2011). Moreover, her portrayal of paranormal investigator in blockbuster horror The Conjuring (2013) and its sequel in 2016 earned her wide recognition recently.

Vera Farmiga was born on August 6, 1973 in Cliffon, New Jersey, U.S. She is an American while her parents are Ukrainian. Her mother, Lubomyra, is a schoolteacher while her father, Michael Farmiga, is a systems analyst-turned-landscaper. She grew up in Ukrainian American community in Irvington, New Jersey speaking Ukrainian as her native language. She has six siblings: one elder brother, Victor, and five younger siblings: Stephan, Nadia, Alexander, Laryssa and Taissa.

When Farmigo was 6 years old, she and her family, converted to Pentecostalism from Ukrainian Greek Catholic. Her family later moved to Whitehouse Station, New Jersey when she was 12. She went to St. John the Baptist Ukrainian Catholic School in Neward, New Jersey. During her school days, she toured with a Ukrainian folk-dancing ensemble, Syzokryli. She turned to a semi-professional folk dancer and also received her piano training.

Farmigo later attended Hunterdon Central Regional High School from where she graduated in 1991. During her junior year, she gave an audition for school production, The Vampire, where she won the lead role.

In 1995, Farmigo graduated from the Syracuse University where she studied performing arts. While she was in the final year at Syracuse, she performed as Nina Zarechnaya in The Seagull, which won her top prize.

After showing her talent through acting in Syracuse, Vera Fermiga landed a work in New York City theatrical productions. Soon, she started working in television. She got a supporting role in 1997 made for television movie, Rose Hill. Farmiga made her television debut with series, Roar, in the same year. In the show, she appeared with Heath Ledger and portrayed a Celtic Woman who joins the fight against Roman.

From 1998, Vera Farmiga movies started to come up. She made a debut in Return to Paradise along with Joaquin Phoenix, Vince Vaughn and Anne Heche. Soon, Farmigo turned into a prominent actress appearing in a number of supporting roles. Some of the Vera Farmiga movies where she landed supporting roles are Autumn in New York (2000), The Opportunist (2000) and 15 Minutes (2000).

Farmiga gained critical acclamation and grabbed attention of the viewers through her performance in Down to the Bone. In the movie, she played the role of a mother battling drug addiction in the film. She received a Special Jury Prize for her role. Similarly, other popular Vera Farmiga movies that became blockbuster are The Departed (2006) and Orphan (2009).

Her blockbuster movie The Conjuring released in 2013. She reprised her role in its sequel The Conjuring in 2016. In The Conjuring, she portrayed a paranormal investigator. This role earned her huge fame and acclamation. The other Vera Farmiga movies for which she gained prominence are At Middletown (2013), The Judge (2014) and television series Bates Motel.

Furthermore, she made her directorial debut with Higher Ground (2011) in which she starred as Corinne Walker. For the movie, she received Gotham Award nomination for Best Breakthrough Director and the Satellite Award for Best Actress – Motion Picture.

Recently, Vera Farmiga movies Up in the Air (2009) with George Clooney. Her performance earned her international acclamation. As a result of her excellence in acting, critics remarked, “She’s a brilliant actress…I needed someone who could go toe-to-toe with George Clooney. And she was perfect”. Consequently, she received a number of award nominations including Oscar for best supporting actress.

Vera Farmiga married French actor Sebastian Roche which lasted for only 7 years until 2004. Farmiga and Roche first met on the set of Roar where they were co-stars. After divorce, Farmiga started dating Deadsy musician Renn Hawkey, who met through mutual friend. They married on September 13, 2008 and held a private ceremony.

Farmiga was five months pregnant with their son, Fynn McDonnell Hawkey, during the time of their marriage. She also has a daughter, Gytta Lubov Hawkey, born after Fynn. Actor Freddie Highmore is the godfather of Fynn and close friend of Vera Farmiga. She is sister-in-law of actress/photographer, Molly Hawkey.

She and her husband own homes in Vancouver and New York. With the blockbuster movies starring and skillful acting, she has garnered the net worth of $10 million.  Vera Farmiga movies have not only turned into box office success, but also earned her high net worth.