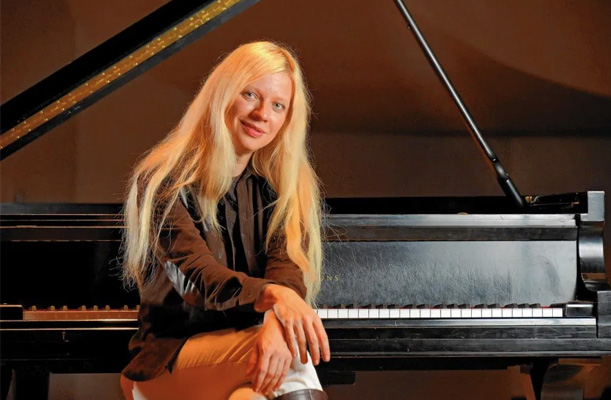 Ukranian Pianist Valentina Lisitsa was born on 11 December 1973, in Kyiv, Ukraine. She is best known for performing piano in many of the world’s most prestigious venues, including Carnegie Hall and Royal Albert Hall. Lisitsa is currently one of the representatives of the Bosendorfer piano company.

Valentina Lisitsa’s net worth is estimated to be $5 million. She is married to Alexei Kuznetsoff who is also a pianist in 1992. They share one son together named Benjamin Kuznetsoff.

As mentioned before, Valentina Lisitsa’s net worth is estimated to be $5 million. She has earned her fortune from her career as a pianist.

She has been active for many years. So, she has probably amassed a good amount of cash. Valentina’s style and appearance have led her fans to believe that she enjoys her lavish lifestyle. Moreover, the beautiful Valentina also has a website under her name where she posts about her tour dates and other necessary details.

Pianist Valentina Lisitsa also has a YouTube channel where she has more than 545K subscribers as of September 2019. According to SocialBlade, her channel also provides her with a maximum estimated yearly revenue amounting to $70K.

Valentina Lisitsa started playing the piano at the age of three, performing her first solo at the age of four. Despite her early love for music, her dream at that point was to become a professional chess player. She went to Lysenko music school and Kyiv Conservatory where Lisitsa and her husband Alexei Kuznetsoff, studied. From that time she began to take music more seriously. 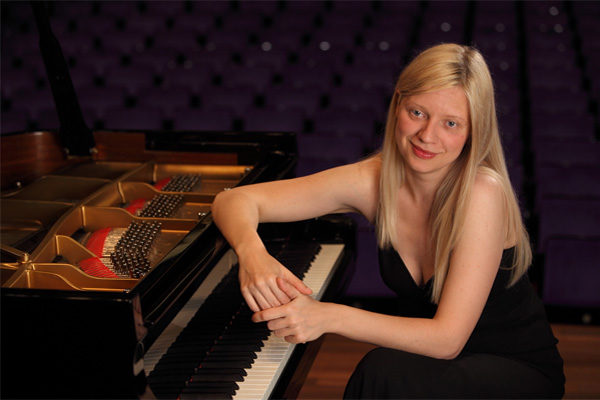 Valentina Lisitsa is a great pianist and has a huge fan base around the world. Image Source: Pinterest.

In 1991, the beautiful couple won the first prize in The Murray Dranoff Piano Competition in Miami, Florida. That same year, both of them moved to the United States to further their careers as concert pianists.

Furthermore, Lisitsa and her husband put their life savings in recording a CD of Rachmaninoff concertos with the London Symphony Orchestra in 2010. By 2012 she had 50 million views on her YouTube videos. She has also collaborated with famed violinist Hilary Hahn for various recital engagements.

Valentina Lisitsa was born to her late father, Evgeny, and mother Valentina. Her father was an engineer and was not really in her life. Her elder brother died three years ago whose name hasn’t been revealed. However, Valentina hasn’t revealed further detail about her family.

At 17, Valentina Lisitsa enrolled at the Kyiv Conservatory where she met her future husband, Alexei Kuznetsoff. After success in Russia, they moved to America. They married in 1992 and, in the years that followed, moved from Dallas to Miami, before settling in rural North Carolina, where they now reside alongside four grand pianos with their son, Benjamin Kuznetsoff. 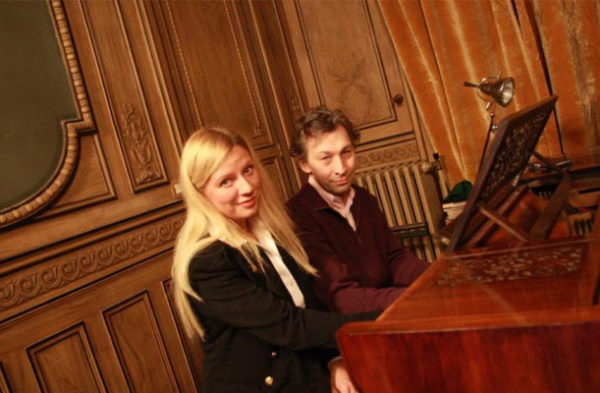 Valentina Lisitsa and her husband Alexei Kuznetsoff got married in 1992. Image Source: Pinterest.

The beautiful couple of Valentina Lisitsa and Alexei Kuznetsoff is still going smoothly for 27 years now. And there hasn’t been any rumors or sings of divorce.