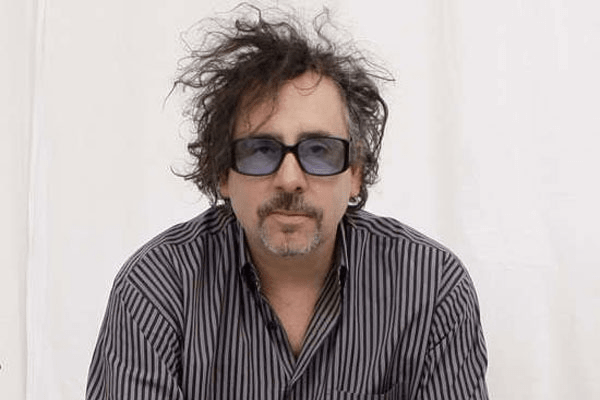 Timothy Walter, famously known as Tim Burton is a film producer, director, writer and an artist. The American artist is famous for his fantasy films that are quirky and gothic. His popular films are Edward Scissorhands, Beetlejuice, Sleepy Hollow, Dark Shadows, Corpse Bride, The Nightmare Before Christmas, Frankenweenie etc. His other film genres include superhero films, horror fantasy, musicals etc. Some of his blockbuster movies like Big Fish, Batman and its sequel, Batman Returns, Charlie and the Chocolate Factory and Peewee’s Big Adventure garnered a gross of more than $1 billion worldwide.

He has worked with successful actors and musicians like Danny Elfman, Johnny Depp, and Helena Bonham Carter. He has also written a poetry book and other artwork and sketches. His creations included The Art of Tim Burton, The Napkin Art of Tim Burton: Things You Think About in a Bar and The Melancholy Death of Oyster and Other Stories. Faber and Faber and Steeles Publishing published his works.  He started his career in the entertainment industry in 1979 and has been active since then. He is very famous for his works and direction skills. He blends themes like fantasy and horror and creates a masterpiece out of them.

Tim Burton was born on August 25, 1958. He was born to Jean Burton and Bill Burton. He has a brother Daniel Burton. His mother owned a cat- themed gift shop and his father was a minor league baseball player and later worked in the Burbank Park and Recreation Department. Born and raised in the Burbank city, California, he attended Burbank High School. He was not an excellent student but a very creative person.  He was fond of drawing, writing and watching movies. He was often found making short films in his backyard using animation techniques on Evergreen Street. He made The Island of Doctor Agor when he was just 13 years old. His interest in making movies as a child went on to become his career. Childhood heroes like Roald Dahl and Dr. Seuss heavily inspired his works. After graduating high school, he went on to study character animation at the California Institute of the Arts in Valencia. During his college days, he made short animations, King and Octopus and Stalk of the Celery Monster. The latter attracted the attention of many productions, namely Walt Disney Production.

After his work, Stalk of the Celery Monster was made; Walt Disney’s animation division was impressed by his work and offered Tim an animator’s apprenticeship. He went on to become an animator and concept artist for movies like The Black Cauldron, Tron and The Fox and The Hound. The concept art, however, never made into finished films.

Tim made his first short animation Vincent when he worked for Disney. The slow motion movie is based on a poem, which depicts a boy who fantasizes him as his hero Vincent Price. The movie, which was produced by Rick Heinrichs, was premiered at the Chicago Film Festival. His next work was a live- action production of a Japanese theme adaptation of the Grimm Brothers’ Hansel and Gretel for the Disney Channel. The climax of the movie ended with Hansel and Gretel in a kung Fu fight with the witch. His other live- action short film, Frankenweenie starred Shelley Duvall and Barret Oliver and Daniel Stern. However, his career in Disney ended with them firing him for spending resources of the company on films, which were too scary for the children to watch. Griffin Dunne offered him to direct After Hours but it was later cancelled after Martin Scorsese showed interest in directing the black comedy.

Some of his popular works are:

Career in the 90s

Burton directed his first music video Bones in 2006. The song is a single by an indie rock band The Killers. The video starred actors Devon Aoki and Michael Steger and featured scenes from films Lolita, Jason and the Argonauts and Creature from the Black Lagoon. The video won the Best Video at the Shockwaves NME Awards in 2007.  Burton would direct the second music video of The Killers that starred Winona Ryder.