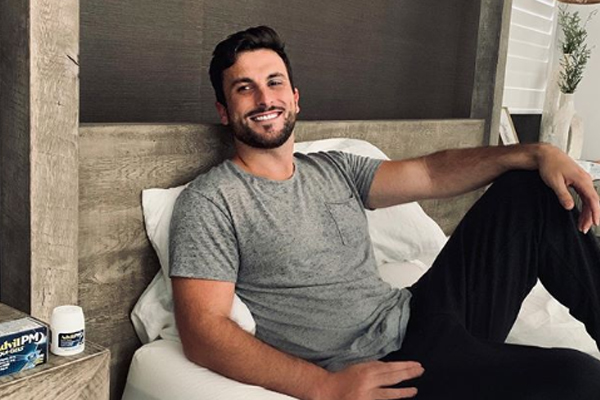 Bachelor franchise fans must be aware of the name, Tanner Tolbert. The reality tv star carved his name as a man of honor and a man who is deeply loved. Furthermore, Tanner has earned himself a very comfortable life through endorsements and shows.

Let’s dig in more about the man who found the love of his life in a reality tv show, Tanner Tolbert.

Who is Tanner Tolbert’s Wife?

People are fated to meet their soulmate in various circumstances and odd situations. Likewise, Tanner Tolbert’s wife, Jade Roper, found him in an American relationship reality television franchise, Bachelor In Paradise.  The duo met during the show and instantly made a connection. 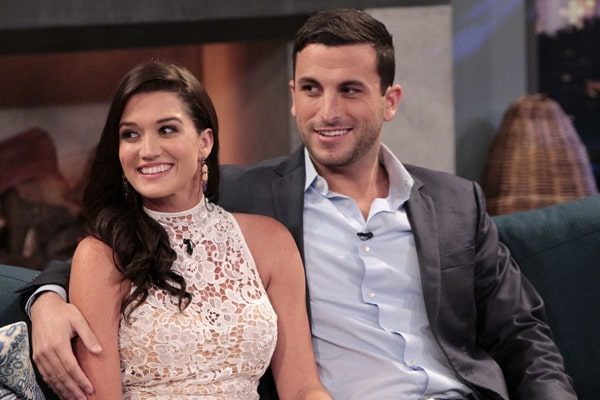 Tanner’s wife Roper, a former cosmetic developer, is a powerful woman with values and motherhood. The couple fell head over heels for one another. Tolbert proposed to his then-girlfriend Roper at the end of the season. Roper was more than pleased to accept the proposal and start a new journey with her partner as a happily married couple.

The lovely duo had a grand wedding on January 24, 2016, at the St. Regis Monarch Beach in Dana Point, California. Many Bachelor alums were present at Tanner Tolbert’s wedding, including Kaitlyn Bristowe, Shawn Booth, Ben Higgins, and many more. Likewise, their marriage was aired on February 14, 2016, as part of The Bachelor At 20: A Celebration of Love on ABC.

Less than a year into the marriage, the couple decided to appear on WE tv’s Marriage Boot Camp: Reality Stars. Tanner and Jade moved on pretty swiftly in their relationship and got engaged within three weeks of knowing one another. But sharing lives with your soulmate is a lot more hard work than what was initially assimilated.

Therefore, Tanner’s wife, Jade Roper, and he went on the show to erase those complications and crate their bond stronger. Despite having most of their relationship exposed, Tanner and Jade have managed to keep their love stable.

Is Tanner Tolbert a Father?

After the Bachelor In Paradise got married, they wasted no time to start a family of their own. It’s believed that a baby changes a couple’s life for good, and thus, Tanner Tolbert’s spouse changed his life not once but twice. People say that a child teaches a man to fall in love exceptionally, so did Tolbert’s daughter Emerson “Emmy” Tolbert.

The couple welcomed their baby girl, Emmy, on August 17, 2017. There were a lot of hate comments and comments that suggested that their daughter’s development suggested “down syndrome”. These comments made Mrs. Tolbert furious and fired back at the insensitive people.

Furthermore, one baby girl was not enough for the duo as they welcomed a new member, Brooks Easton Tolbert, pretty soon on July 29, 2018. Both Tolbert’s babies hurried to come to meet their parents, but Brook had no patience at all and decided to pop out of his mother’s womb right in their master closet.

Besides Emmy and Brooke, the couple had conceived even before their marriage. In a YouTube video, the couple stated that they had experienced miscarriage. They were very naive to feel bad at the time, but after having Emmy, they realized how hurtful that was and how lovely it would have been for that little life to join their family.

The moments were precious and scary at the same time for Tanner and Jade Tolbert. In Jade Roper’s podcast, Tanner recalls having a little struggle bonding with his newborn initially. The former Bachelor contestant was criticized for that pretty harshly. Therefore, Jade Roper’s husband decided to come clean through his Instagram post. He explained that babies are hard work, and he did not spend as much time bonding as his wife did.

He further added that it was his first time being around his newborn 24/7 and took a short route with his daughter’s necessities. However, things have changed, and Tanner learned to bond with both of his children. He also learned to love someone more than himself.

Tanner also understood that after a man’s wife becomes a mother, their time is mostly invested for their children along with their priorities. And romance becomes a little of a tale. However, life is all about learning and loving. Thus, the family of four is living a comfortable life, loving, and learning.

What Is Tanner Tolbert’s Net Worth?

Tolbert’s earnings from the endorsements are also very impressive. In 2016, it was reported that Tanner and his wife, Jade amassed a colossal amount of $1 million through sponsorships and endorsements alone. Despite gaining fame from the reality television shows, Tanner kept things sane and earned his living.

Moreover, Tolbert’s resume talks about him being a KU Football Manager. Therefore, there is nothing this young man has not done and not succeeded. However, allegations followed Tolbert and his wife of cheating on DraftKings’ Millionaire Maker and stripped off $1 million worth prize.

According to a Reddit account, Tanner-Jade listed their Kansas home on sale for a million before heading to California. Let’s hope the couple manages to live in comfort, and Tolbert’s net worth grows steadily.

Who Are Tanner Tolbert’s Parents?

Both Tanner Tolbert and his wife Jade do not post about their parents much. Their social media are always about their children and are pretty sweet. Tanner was born on May 2, 1987, in Kansas Cty, Missouri, to Stephen Andrew Tolbert and Karin Barragato. In an episode of Marriage Bootcamp, Tanner was obliged to reveal about his parents’ messy divorce.

Tanner Tolbert’s father cheated on his mother, Karin, when he was 14 years old and that he had to go through all the mixed emotions. He explained that his mother had hired a private investigator and had them film his father’s departure with another woman.

Tolbert’s mom savagely played the private investigator’s video on their film night in front of him and his sister, Karin Barragato. Tanner’s mother lives in Hollywood, and his father is still in Kansas. Tanner Tolbert and Jade both shared a troubled childhood story in the Camp.

Although there were messy situations in Tanner’s childhood, he graduated from the University of Kansas in 2010 and held a degree for sports management.

Although Tanner lived a bitter truth seeing his parent’s relationship fall apart, his own is as strong as ever. Let’s hope Tanner Tolbert continues to live in prosperity.