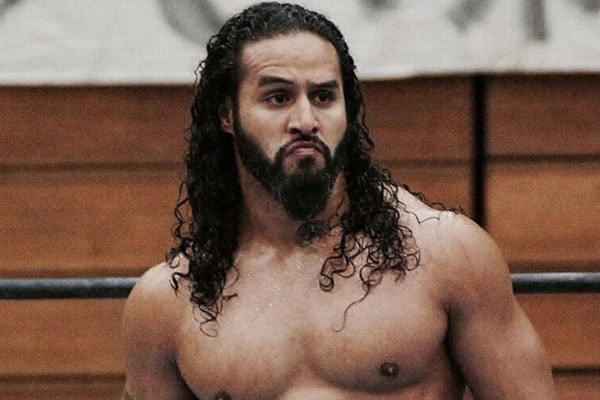 The Bad Boy of pro-wrestling, Tonga is the most intriguing star in sports entertainment with an astounding net worth of $5 million. The NJPW star has amassed the huge sum from his profession as a wrestler.  The average salary of the wrestler is $500,000 per year.

The professional heavyweight wrestler, Tama lives a lavish and luxurious lifestyle earned from his profession. Tonga has amassed a huge net worth of $5 million and an average salary of $500,000 per the main event.

Tonga and his brother Tanga Loa have worked as a tag team the Guerrillas of Destiny. Likewise, the business partners have an equal share on the merch they own. Besides that, the average price of products in the shop ranges from $19.00 to $24.99. 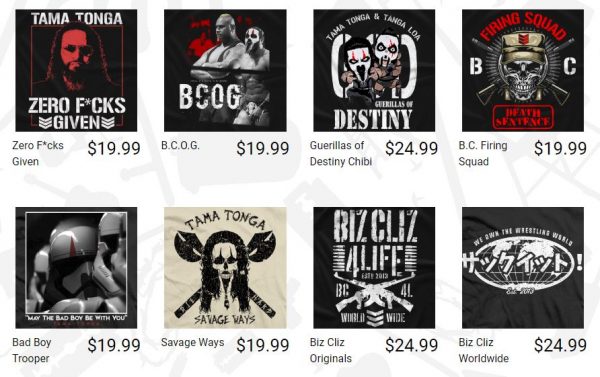 Tama Tonga and his brother own a  merch, Guerrillas of Destiny.
Image source: Pro Wrestling Tees

Tama Tonga and his younger brother, Taula was adopted by their maternal aunt and her wrestler husband Tonga Fifita in 1991. The couple took young Tonga and his brother back to Poinciana, Florida where the boys grew up with fellow professional wrestlers- Tevita and Vika. 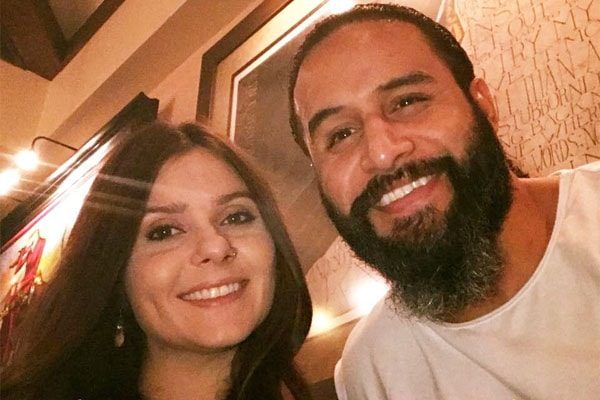 Despite being a media personality with a successful wrestling career, Tama lives a private life and despises media intervention. Like every sword needs a sheath, the professional wrestler walked down the aisle with his beautiful wife in January 2017.  The wonderful pair married secretly in an auspicious ceremony with very few friends and family. Likewise, the duo has an adorable firstborn baby boy.

According to the legendary wrestler, Tonga, WWE has tried to recruit him multiple times on several occasions. However, in an interview for the Starrcast weekend, Tama says that he is not interested and is loyal to the company.

The power trio of Tama Tonga, Tanga Loa, and Bad Luck Fale have run roughshod throughout the entire NJPW roster. Likewise, The Firing Squad added top Junior Heavyweight Taiji Ishimore to their ranks. Moreover, the notorious group has targeted a WWE Hall of Famer to join the Faction’s ranks. 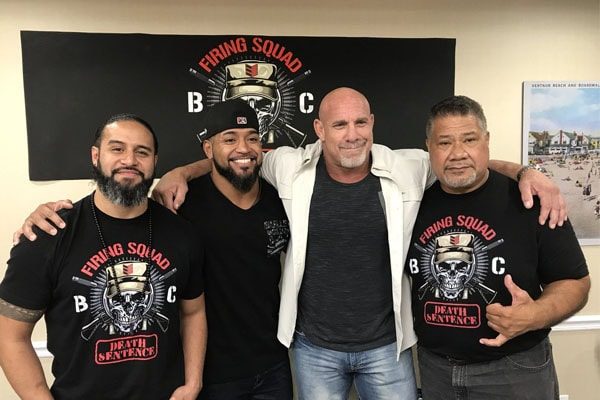 Tama posted a picture of himself with his brother Tanga, father Haku and Goldberg.
Image source: Tama Tonga/Twitter

In a recent post on Twitter, Tama, his brother Tanga, and father Haku posted a picture of themselves standing alongside the former WWE Universal Champion and Hall of Famer, Goldberg.

The wrestler is also known for his constant beef with fellow wrestlers. Likewise, in a Twitter post, the wife of wrestler Cody, Brandi Rhodes took a shot at Tama Tonga which had the latter returning fire.  The Bad Boy revealed that he is committed/signed to NJPW for a long time and is a Bullet Club more than Brandi or The Elite.

Who is you?????? You wrestle???? Watch me as I demolish your team step by step. I am BulletClub, and BulletClub belongs to New Japan-not ROH or anyone else https://t.co/fqIiCHW2wJ