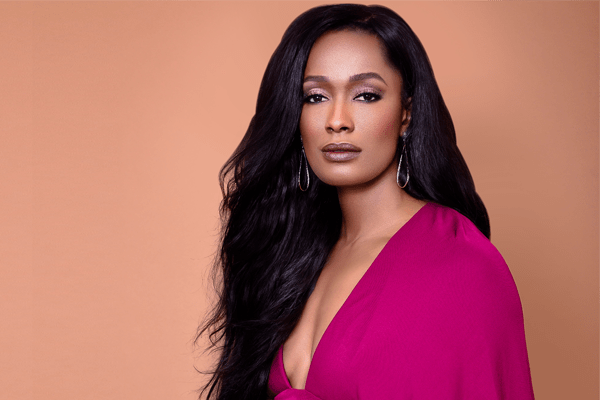 A prolific scorer and rebounder, Swin Cash WNBA career turned to be amazing with her rigorous practice and perseverance.

Swin Cash is an American former professional basketball player who played for the Women National Basketball Association (WNBA). The defending champion, Swin Cash WNBA career heightened as she led Detroit Shock to their first ever WNBA title. She won a number of prestigious titles and awards like WNBA Champion, WNBA All-Star, WNBA All-Star MVP and even WNBA Top [email protected]

Swin Cash was born as Swintayla Marie Cash Canal on September 22, 1979 in McKeesport, Pennsylvania. Cash is an American and belongs to black ethnicity. She grew up with her two brothers and a sister: Stephen, Kevin and Angelique under the guardianship of mother, Cynthia.

Swin Cash WNBA career got a boost from the early days. She was best known for her basketball skills at McKeesport Area High School even though she participated in a number of activities. Baseball, track and cheerleading were some to list. However, her true passion was in entertainment. Therefore, she was involved in school plays and drama class. Nevertheless, she did her best in basketball earning position in national WBCA All-American. She also earned MVP honors after participating in the WBCA High School All-America Game.

Cash’s basketball career went on rising with her wining All-American at the University of Connecticut (UConn Huskies). Swin Cash WNBA preparation started from her college day. The evidence is her winning the NCAA Women’s Division I Basketball Championship with UConn Huskies twice in 2000 and 2002. For her contribution in Huskies victory in 2002, she became the member of inductees to the University’s 2006 inaugural class at women’s basketball “Huskies of Honor”.

Swin Cash WNBA career started as Detroit Shock selected her in 2002 WNBA Draft. She contributed to Shock’s first WNBA Championship in 2003. The same year, she played in WNBA All-Star Game. She won gold medal in 2004 Olympic Games as she played with U.S. Women’s Basketball Team. Seattle Storm selected Cash in 2008 WNBA draft. But the major trade was during 2010 as she got traded to Chicago Sky where she joined All-Star Sylvia Fowles.

Swin Cash WNBA value accelerated as she got invitation from USA Basketball Women’s National Team training camp in 2009. She was in the team to play 2010 FIBA World Championship and 2012 Olympics. Even though most of the team members were playing for WNBA and they had just one day for practice, they still managed to win 5 games. The team USA competed with Australia winning with 83-75 and then the host country Czech Republic dominating the game. Finally, team USA grabbed the 2010 FIBA Championship and gold medal.

Further, Swin Cash got the chance to represent the USA Basketball team in the WNBA Versus USA Basketball. She was also one among 21 finalists for the US Women’s Olympic Basketball Team Roster. The team involving Cash played the 2012 Olympic in London and won gold medal.

After playing professionally for fourteen years, Swin Cash WNBA career ended with her retirement at the end of 2016 season.

The brilliant defender and incredible scorer, Swin Cash WNBA was strong enough to gather a number of awards. She received Dapper Dan Sportswoman of the year in 2007 for her excellence contributed to her hometown, Pittsburgh.

Regarding her sports awards, she is the receiver of 2002 NCAA Basketball Tournament Most Outstanding Player. Also, Cash has bagged 2009 WNBA All-Star Selection (MVP) for her outstanding performances. Furthermore, she has won NBA Sears Shooting Stars Championship for four times (2007, 2013-2015).

Swin Cash did not only receive honors for her contribution in sports. She also received prestigious honor for her charity work. Cash received honorary degree in Doctorate of Public Service from Washington and Jefferson College in their commencement ceremonies in May 2011.

Swin Cash was also involved in commentary. She appeared as studio analyst in ESPN’S NBA Fastbreak and Beijing Olympic Games in 2008. Moreover, she presented in-game commentary for NBC’s women’s basketball tournament. In addition, she appeared in a movie Bring It On: All or Nothing.

Swin Cash has established her own company named Swin Cash Enterprise LLC. Under this enterprise, she holds basketball camps and clinics. Her Pennsylvania-based Cash charity involves supporting kids for which she received an honor from Washington and Jefferson College.

She married Steve Canal in Atlanta, Georgia. Canal and Cash had been in relationship for a long time before they finally married.

The valuable scorer and defender of the WNBA, Swin Cash has a net worth of $5,070,000. She has earned this net worth with her dedication, perseverance and early day’s preparation. Therefore, Cash is a well-recognized player in WNBA.