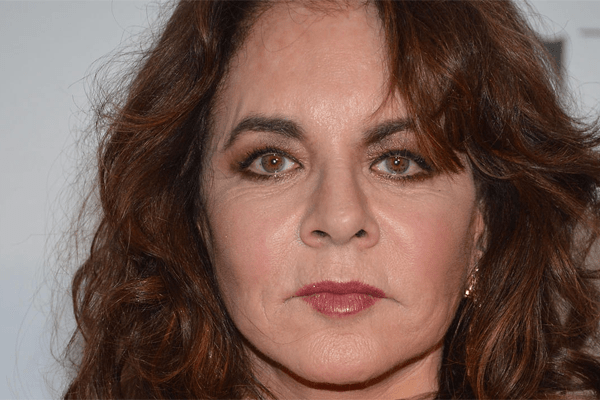 Stockard Channing, an American actress, recently appearing in the TV Series ‘The Guest Book’, ‘Difficult People’, ‘Urban Myths’ (2017), is a highly energetic and talented actress who has enlighten the surrounding of Hollywood. She is the one who has given enormous contribution in the movie industries.

Stockard Channing started her educational career from Chapin School at her early age and then went to Madeira School, McLean, Virginia. There, she completed her high school level. Afterward to the Radcliffe College (1965) form where she seems to be an intellectual, literacy and independent minded. She graduated and gained knowledge in both literacy and history from that particular college. Likewise, she gained knowledge on drama at HB Studio in New York City.

An actress Stockard, popular with the best smile on her face, seems to be slim with an attractive and managed body shape. She has a light brown colored eyes and a short curled brown hair. Her weight is 125 lbs and her height is estimated to be 5 feet 3 inch. Channing is an Aquarius.

Stockard seems to have contribution in both films and television series. Till date, she almost has done forty-seven Feature Films, twenty TV Movies and ten Television Series. In deep, she had appeared in the following films: The Fortune (1975), was nominated as Golden Globe for Best Acting Debut in a motion Picture- Female, Six Degrees of Separation (1993), was nominated as Academy Award for Best Actress, Chicago Film Association Award for Best Actress, and Golden Globe for Best Performance by an Actress in a Motion Picture-comedy.

Subsequently, Smoke (1995), nominated as SAG Award for outstanding Performance by a female Actor in a Supporting Role, The First Wives Club (1996), awarded with National Board of Review Award for best Acting by an Ensemble, Home of the Brave (2004), Documentary film and so on. Since she started her journey, she is supposed to have her contribution in numerous number of films, without giving break, till date.

Furthermore, she has appeared in television series in different characters and roles such as Echoes in the Darkness (1987), nominated for Prime time Emmy Award for Outstanding Supporting Actress in a Miniseries, The West Wing (1999-2006), OFTA Award for Best Guest Actress in a Drama Series (2002), OFTA Award for Best Supporting Actress in a Drama Series (2001) and many more.  She also has contributed a lot in Theatrical Plays as well. Apologia (July 29-November 18) is the most recent play at Trafalgar Studios.

Stockard Channing seems to have several modes and turns in his life through lots of marriages with different personality and lots of divorce too. Initially, Stockard got married to David Lefferts Rawle (18 December 1982-1988), and then to David Debin (20 December 1976 -1980) correspondingly to Paul Schmidt (24 December 1969 – 3 September 1976) and finally the last but not the least Walter Channing Jr. (18 June 1964 – 1967). Currently, Daniel Gillham is being represented as her partner since 1990.

Let’s say it louder for those in the back! https://t.co/pdT4PSNwCd