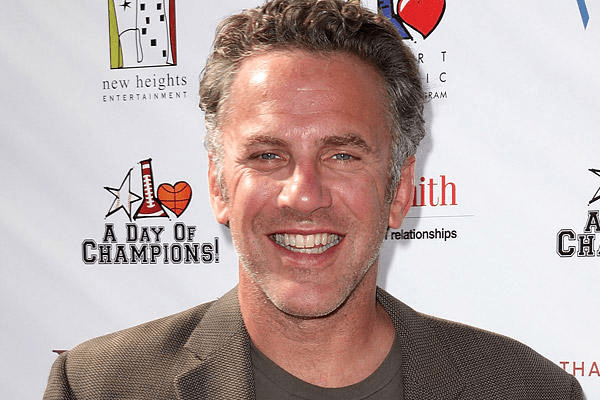 Neil Everett is a highly accomplished sportscaster for ESPN and an American by nationality. He has been working for ESPN for more than a decade. His unique broadcasting style is one of the signature characteristics Neil is known for as a sportscaster.

Sportscaster Neil Everett was born in 1962 in Portland, Oregon. He then was raised in Spokane, Washington. His parents Neil Jr. and Jackie met while students at Astoria High.

Neil Everett got his high school education from Lewis and Clark High School in eastern Washington and graduated in the year 1980. He stayed in Oregon itself for a college education. He actually started his university study at Willamette University situated in Salem but he got transferred to the University of Oregon in Eugene. Finally, he got graduated in 1984.  Neil has a strong educational background and his confidence in the media is backed up by this polished qualification.

Sportscaster Neil Everett kick-started his career right after his graduation with a job in KCST-FM in Florence situated in the central Oregon Coast. Some of the Neil Everett rumors suggest that initially, he had no interest in being engaged in the field of media. He then moved to Hawaii. There he worked as an athletic administrator. He was an employee at Hawaii Pacific University for almost fifteen years.

Neil was hired at local ABC-affiliated KITV when he was working at Hawaii Pacific University. In that ABC-affiliated KITV, he first worked as a news writer, then he became assignment editor and eventually he was a sports anchor. Later he worked at stations in Hawaii namely KHNL and KGMB.

Sportscaster Neil Everett got interviewed by ESPN in 1999 but he was hired only the next year after another audition. He started his work there as an anchor on ESPNews. Later he was relocated to California to anchor the late-night Los Angeles edition of SportsCenter and this took place in March of 2009. Sportscaster Neil Everett has always been successful to win millions of hearts with his amazing and unique broadcasting styles. He just knows how to keep the audiences engaged. Neil is very satisfied and happy to work for ESPN. According to him, his job in ESPN is more than he could have dreamt.

Neil Everett personal life is yet another interesting topic to be covered when it comes ti his biography. Neil Everett who is also famous as a SportsCenter funnyman married his longtime girlfriend Stephanie Krohn. They tied the knot in 2013 after knowing each other for five long years. The couple had a dream wedding on the beach in beach attire in Oregon. They are reported to meet at a fundraiser at the Tiger Woods Center. At that very time, Neil was hosting an event that Stephanie worked on.

The couple attended school at the University of Oregon.  Even though they attended the same university, their intimacy grew only after meeting in the Tiger Woods Center where the fundraiser program was held.

Neil and wife Stephanie have not been parents yet and according to many Neil Everett rumors, the couple has not thought of having a baby yet.  It is also to be noted that the couple shares a major understanding and trust and they are the perfect one for each other. Neil Everett personal life has gone through many ups and downs and has been a victim of many low some rumors. One of his rumors stated that he has been accused of being gay as he got married comparatively in later age.

Neil Everett personal life is a peaceful one. It might be because his married life is without any complications. Both the husband and wife are so much in love and there is no any news of getting them separated.  Neil and his wife Stephanie Krohn are the real couple goals.

Neil Everett as a sportscaster has gained an ample amount of experience and his contributions have always been acknowledged. Neil Everett is active in social media and his twitter account is active so anyone can undoubtedly follow him.