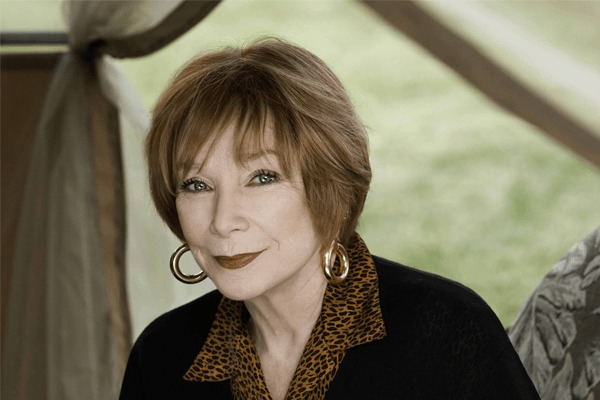 American actress, singer, dancer, activist and author, Shirley MacLaine movies gave her the most prominence as compared to her broad career activities.

Born in 1934, Shirley MacLaine is an award winning actress along with the recipient of AFI Life Achievement Award and Kennedy Center Honors. She received these honors for her lifetime commitment to acting career.

Some of the popular Shirley MacLaine movies that won her awards and nominations are The Other Half of the Sky: A China Memoir (1975), Some Came Running (1958), Ask Any Girl, The Turning Point, The Apartment and Terms of Endearment.

Shirley MacLaine Beaty was born on April 24, 1934 in Richmond, Virginia to parents Ira Owens Beaty and Kathlyn Corinne. Her father was a professor of psychology and real estate agent while her mother was a drama teacher from Canada. She has a younger brother who grew to be a famous actor/director. His name is Warren Beatty who changed the spelling of his surname when he became actor.

Since MacLaine had weak ankles when she was a toddler, her mother enrolled her in ballet class. Eventually, MacLaine grew fond of ballet and never missed a class. This class also ignited her passion in performances. In her younger days, she performed in classic romantic pieces including Romeo and Juliet, The Sleeping Beauty and Cinderella.

Later, MacLaine decided to give up ballet citing out her unsuitable body type for the dance. She went to Washington-Lee High School where she was in cheerleading squad and school theatrical productions. She earned success in Broadway with her acting and appeared in The Pajama Game.

Despite injuring her ankle for the second time, MacLaine landed in Paramount Pictures after film producer Hal B. Wallis got impressed with her acting.

Shirley MacLaine movies career began as she made a debut with The Trouble with Harry in 1955. For her debut movie role, she won a Golden Globe Award for New Star of the Year- Actress. Soon, she began appearing in a number of movies namely, Artists and Models, Around the World in 80 Days (1956) and Hot Spell.
A couple of years later, she won Oscar nomination for multiple Oscar winning film The Apartment.

During 1960s, Shirley MacLaine movies The Children’s Hour, What a Way to Go!, Sweet Charity and Irma la Douce made her a popular actress.  Additionally, she has appeared in documentary The Other Half of the Sky: A China Memoir (1975) which won Documentary Feature Oscar nomination.

In 1977 movie The Turning Point, MacLaine portrayed a retired ballerina. This role won her an Oscar for Best Actress in Leading Role in 1978. For the same, she received Women in Film Crystal Award. Not only Shirley MacLaine movies, but also the awards increased her worth as an actress.

Shirley MacLaine movies continued to prosper as she appeared in A Change of Seasons (1980) and Terms of Endearment (1983). For the later movie, she won an Oscar for Best Actress in Leading Role. Similarly, she won Golden Globe Award for Best Actress for Madame Sousatzka (1988).

Her later career is indicated by playing major films including Steel Magnolias, Bruno, Mrs. Winterbourne, Rumor Has It… and so on which released in 1990s and 2000s. Apart from Shirley MacLaine movies, the actress also became famous for her appearances in miniseries Out on a Limb, These Old Broads and Downton Abbey.

Most recently, MacLaine starred in Wild Oats (2016). Likewise, they made an announcement that MacLaine would be starring in family film A Little Mermaid.

The actress married businessman Steve Parker in 1954 but the marriage ended up in divorce in 1982. The couple has a daughter, Sachi. In 2011, she revealed about her open relationship with her husband in addition to falling in love with leading men, Jack Lemmon and Jack Nicholson.

Highly interested in metaphysics and UFOs, Shirley MacLaine is the godmother to the daughter of former Democratic US Representative Dennis Kucinich. The actress was also involved in fundraising and organizing campaign for George McGovern’s presidential election in 1972. The same year, she authored the book McGovern: The Man and His Beliefs. She is also the author of I’m Over All That.

Apart from receiving awards for Shirley MacLaine movies, she is the recipient of Kennedy Center Honors for her commitment to performing arts. She was also introduced to Hollywood Walk of Fame in 1999 and awarded Honorary Golden Bear.

Furthermore, the French government made her a Chevalier de la Legion d’honneur in 2011.

The promising and prominent actress, Shirley MacLaine movies and acting earned her $50 million. The 83 years old famous star has also earned tremendous amount of fame through her work.