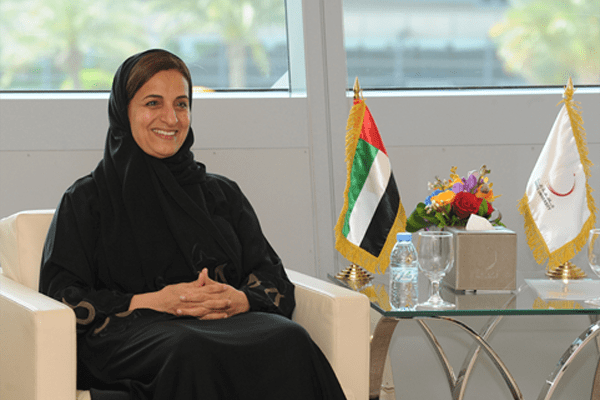 Lubna was born on February 4, 1962 in Dubai, Trucial States which is currently known as United Arab Emirates in present days. Her father is Sheikh Khalid Bin Sultan Bin Mohammad Al Qasimi. She was born in the ruling family of Sharjah. Her uncle is His Highness Dr. Sheikh Sultan bin Muhammad al-Qasimi.

Lubna attended California State University from where she graduated with Bachelor’s Degree in Computer Science. Additionally, she holds and Executive MBA from the American University of Sharjah.

Sheikha Lubna started her professional career with Datamation in 1981. She worked as a programmer there. Soon, she became the Dubai branch manager for the General Information Authority. In this position, she was responsible for automating the federal government. She left this post for the position of senior manager of the Information Systems department at the Dubai Ports Authority (DPA). Lubna worked as the senior manager in the largest port of Middle East for 7 years.

Later, the prime minister of the UAE, Mohammed bin Rashid Al Maktoum announced Sheikha Lubna would take up a post as a minister in Ministry of Tolerance. Taking over this position was one of Sheikha Lubna Al Qasimi achievements in the early days of her rising recognition and power.

Sheikha Lubna made progress through her works in business as well as political sector. As a result, she won the “Distinguished Government Employee Award” in 1999 when she was in DPA. Due to her diligence and excellence in work, Lubna became the Chief Executive of Tejari.

Later, Lubna established the governmental organization in Dubai. The motive of this organization was to promote e-business between organizations. One of Sheikha Lubna Al Qasimi achievements was to lead Tejari so well that it won Best e-Content Provider in e-business” award. Additionally, UAE Super Brand Council named Tejari “Super Brand of 2003”.

Lubna is involved in boards of a number of organizations in addition to undertaking the responsibilities as UAE Economy and Planning Minister and Tejari CEO. She is the board of directors for Emirates Nuclear Energy Corporation, Dubai Chamber of Commerce & Industry, Dubai Autism Center and Simsari. Similarly, she sits as a board of trustees for Dubai University College, Electronic-Total Quality Management College and Zayed University. In addition, she is among board of trustees for Thunderbird School of Global Management, USA. Sheikha Lubna Al Qasimi achievements also include turning as honorary board of director for National US-Arab Chamber of Commerce.

Sheikha Lubna Al Qasimi achievements have attracted a number of accolades in addition to recognition. Forbes ranked her 42nd most powerful woman in the world. Similarly, she is the recipient of ITP Best Personal Achievement Award (2000), Datamatrix IT Woman of the Year (2001 and Business.Com Personal Contribution Award (2001). In addition, she is the winner of Kentucky Colonel, an Honorary title in 2003. Besides, she has won the World Summit Award for Tejari.com in 2003.

Known best and credited for slashing the cargo turnaround times at Dubai airport, Sheikha Lubna Al Qasimi achievements are even more than this. Therefore, she has earned everything that she deserves. In addition to honors, Lubna has a net worth of $90 million.