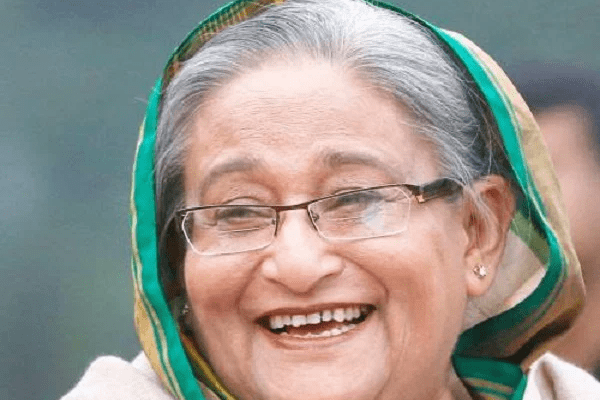 One of the world’s most powerful women, Sheikh Hasina Wajed achievements knew no bound as she became the Prime Minister of Bangladesh for more than one time.

Sheikh Hasina Wajed has served as opposition leader twice. She served in the position from 1986 to 1990 and then from 1991 to 1995. Similarly, she has served as former Prime Minister of Bangladesh in 1996-2001. Sheikh Hasina is the leader of the Bangladesh Awami League since 1981. In 2008, Sheikh Hasina Wajed achievements unfolded another story in her life as she became the PM of Bangladesh for the second time. For her continuous political successes, Forbes ranked her 36th most powerful women in the world in 2016.

Sheikh Hasina Wajed was born on September 28 1947 in Tungipara, East Bengal (currently Bangladesh). Her father, Sheikh Mujibur Rahman, was the first president of Bangladesh. Sheikh Fazilatunnesa Mujib was her mother.

Sheikh Hasina stated in many interviews that she grew up in fearful environment due to her father’s political involvements. The violence in Bangladesh rose into peak during 1970 Elections in Pakistan. During this time, Sheikh Mujibur underwent an arrest. As a result, Sheikh Hasina lived with her grandmother in a refugee camp. While in the camp, she was scared to cross canal through wooden bridge on the way to school. Therefore, she missed the school. However, she turned into an active student of Politics in the Dhaka University later.

When her father was assassinated on August 15 1975, Sheikh Hasina was not in Bangladesh; neither was she allowed to return until she was elected to lead the Awami League Party in February 1981.

Sheikh Hasina and her sister only survived among their family members after her family’s assassination in 1975. She was in self-exile in India during the assassination. Later, Hasina returned to Bangladesh. One of Sheikh Hasina Wajed achievements in early career was being elected as President of Bangladesh Awami League in 1981.

Throughout 1980s, Hasina was in and out of detention. In 1984, she was in house arrest twice. The following year, she again got in house arrest for three months. Later, Bangladesh Awami League worked together with the Bangladesh Nationalist Party (BNP) to restore democratically elected government. They achieved it by the democratic election in 1991 which BNP won. Khaleda Zia, the widow of Ziaur Rahaman, leads the BNP.

Hasina and her party participated in 1986 parliamentary election under Ershad’s Presidency. One of the Sheikh Hasina Wajed achievements in early politics is that she became the leader of the opposition in 1986-87. Hasina’s opponents criticized her decision to participate in election and boycotted the poll. It was because the election was held under the martial law. However, Hasina’s supporters challenged Ershad’s rule. As a result, Hasina and Awami League resigned from the parliament which Ershad dissolved in December 1987. They left the parliament to call for another general election under a neutral government. During the end of 1987, Dhaka underwent mass uprising killing many people including Hasina’s supporter, Noor Hossain.

In 1990, huge mass protest threw autocratic ruler Ershad from power which can also be called Sheikh Hasina Wajed achievements along with the citizens’. Consequently, he resigned after which Shahabuddin Ahmed headed the caretaker government and conducted general election. BNP won majority in the election while Hasina’s Awami League came up as the largest opposition party.

After continuous majority win of BNP, other opposition parties including Awami League demanded election under neutral caretaker government. As BNP refused to these demands, opposition leaders called strikes for weeks. The government accused the oppositions of destroying economy. In 1995, Awami and other parties resigned from parliament. In 1996, BNP changed the constitution and provided caretaker government which retired Chief Justice Muhammad Habibur Rahaman led.

Sheikh Hasina Wajed achievements started to came up as she became the first Bangladeshi prime minister (since independence) from 1996 to 2001. During her ministerial position, she signed 30 years Treaty of Ganges with neighboring, India and repealed the Indemnity Act. Her remarkable works include opening telecom industry to private sector and New Industrial Policy to strengthen private industry. Similarly, Bangladesh joined BIMSTEC and D-8, 2 multilateral bodies. In 2001 election, BNP won 2/3 majority defeating Hasina.

Following the chaotic time period starting from 2001 election, the state police arrested Hasina in July 2007 stating extortion. Her party says the arrest was politically motivated. Soon, the Anti-Corruption Commission sent notices to Zia and Hasina to provide details of their assets. The Dhaka High Court suspended Hasina’s trial and released her on bail.

The following month, the Anti-Corruption Commission filed case against Hasina accusing her of bribery during power plant construction in 1997. However, the High Court stopped trial stating that they cannot prosecute her for the crimes committed before the imposition of the state of emergency.

Health Issues and Return to Power

On June 11, 2008, they released Hasina on parole for medical reasons. Soon, she left for the US to get treatment for her hearing impairment, eye problems and high blood pressure.

In 2008, the caretaker government held mayoral elections. Sheikh Hasina Wajed achievements include Hasina’s Awami League won 12 out of 13 positions in this election. On November she returned to Bangladesh and attended 9th National Parliamentary Elections, 2008. Hasina gave her nomination under the name “Grand Alliance” promising to build “Digital Bangladesh” by 2021. Bangladesh Awami League and its Grand Alliance won general election with two-third majority taking over 230 out of 299 seats.

Even though Khaleda Zia rejected the result and accused the Chief Election Commissioner of stage-managing, Hasina became the Prime Minister of Bangladesh for the second time in January 2009. During her leadership, she faced Bangladesh Rifles Revolt in 2009. Similarly, in 2012 Rakhine State Riots, she refused Rohingya refugees to enter the state. As a result of her stance in the time of Rohingya refugee crisis, International Criminal Court lodged Hasina and other 24 Bangladeshi Ministers and security personnel.

Most recent Sheikh Hasina Wajed achievements is her serving as Prime Minister of Bangladesh since 2014. In addition to enjoying the power and position, Hasina also went through controversies. Her party underwent Padma Bridge Scandal. The party allegedly sought large sum of money from Canadian construction SNC-Lavalin in exchange of giving them construction contract.  The World Bank cited corruption and withdrew the project of building Bangladesh’s largest bridge over the Padma River.

Similarly, military backed government charged Hasina with graft, extortion and forcing bribery in 2007. Bangladeshi businessman Tajul Islam Farooq claimed he paid US$ 441,000 as bribe to government under coercion for his project to be approved in 1998.

Additionally, the police filed murder charges against Hasina and allegedly claimed she masterminded killing of 4 supporters of a rival party in 2006. Hasina demanded court trials to defend herself describing the case to be fake. On April 18 2007, government had barred Hasina from returning to the country; however, they dropped it after few days. Upon her return, a huge crowd greeted and supported Hasina.

One of the most recognizable women in the world Sheikh Hasina Wajed achievements have made her one of the most powerful women in the world. In addition, she has received a number of honors for her achievements as Prime Minister of Bangladesh for multiple times. She is the recipient of Honorary Doctor of Law from Waseda University of Japan (1997) and Honorary Doctorate of Philosophy in Liberal Arts from University of Abertay Dundee (1997). Similarly, UNESCO awarded Hasina the Felix Houphhouet- Boigny Peace Prize. In addition, All India Peace Council awarded her with Mother Teresa award in 1998.

Sheikh Hasina Wajed achievements has won her The Ceres Medal (1999), The Pearl S. Buck Award (200), and Indira Gandhi Prize in 2009. Moreover, Hasina is the recipient of UNESCO Peace Tree award. The award remarks her commitment to women’s empowerment and girl’s education. There are many other honors and prestigious awards that HASina received for her excellent works as a Prime Minister and other roles.

Sheikh Hasina married Dr. M.A. Wazed Miah in 1968. The couple has a son Sajeeb Wazed Joy and a daughter Saima Wazed Hossain Putul. Both of their children live abroad while Joy lives in the US and Putul lives in Canada. Dr. Wazed died in 2009. Hasina and her only sibling survived in the assassination of her family back in 1970s. Her only living sibling, Sheikh Rehana lives in the UK.

Leading the country with world’s 8th largest population is not an easy job. However, Sheikh Hasina Wajed achievements as the one is remarkable. As a result, she enjoys massive recognition and net worth. According to the recent data, Sheikh Hasina has net worth of US$1 billion and ranks 3rd in 10 richest politicians of Bangladesh.