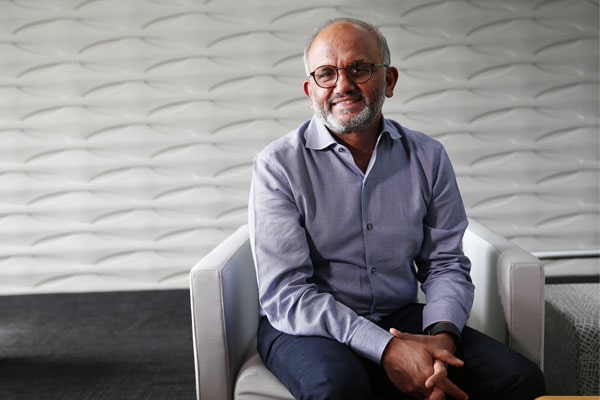 Shantanu Narayen is one of the most successful and admired businessmen of the 21st century. He is the present CEO of Adobe Inc. Shantanu Narayen’s net worth is estimated at $167 million.

Shantanu Narayen lives in California, U.S.A. with his family. Sometime in the late 1980s, Shantanu Narayen married Reni Narayen, who he met during his university days. They have two sons together, Shravan Narayen and Arjun Narayen.

Shantanu Narayen was born on 27th of May 1962 in Hyderabad, India in a prosperous family. His mother was a professor of American literature while his father owned a plastic company. While growing up with his elder brother, Shantanu wanted to become a journalist. Despite his interest in journalism, Narayen studied engineering as told him by his parents.

According to him, the only options given to him were engineering and medicine, and Narayen was afraid by the sight of blood. 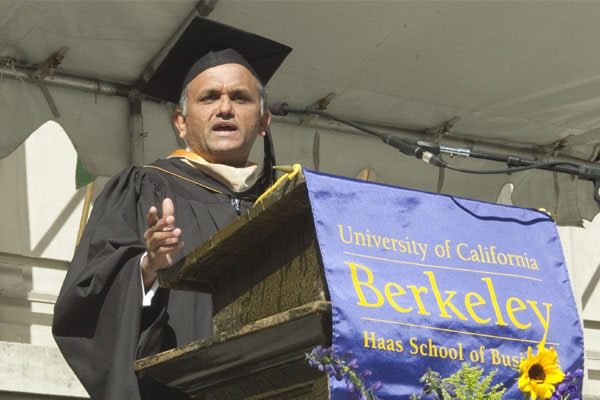 Shantanu Narayen had two options, whether to be a doctor or an engineer. Image source: Adobe’s Website.

After completing his primary education from Hyderabad Public School, he studied Electronics and Communication Engineering at the University College of Engineering, Osmania University (UCE). After graduation, he moved to the US for his further studies and eventually got his Master’s degree in Business Admiration (MBA) from Haas School of Business, University of California. He also got his Master’s in Science degree from Bowling Green State University and it was the place where he first met his present wife Reni Narayen.

Shantanu knew he had knowledge but not experience so, instead of opting for an established multinational firm during campus recruitment, Narayen joined a start-up named Measurex Automobiles System in 1986. A well-funded and successful venture, it provided the freshly graduated Narayen with much-needed, real-world experience. Then, in 1989, he joined Apple where he served in multiple management positions for the next six years.

Narayen used to say that ‘If it feels right, it should work out.’ So, in the mid-1990s, during the period known as ‘Internet Boom’, he and his associates came up with the idea of an image-sharing website. And in 1996, Pictra Inc. was born. However, after 12 to 14 months, it was apparent to them that the funding and business model had not quite matured and the world was not yet ready to shift to the digital world.

During his tenure at Apple, Shantanu was mentored by Gursharan Singh Sandhu of Apple Talk, from who he learned how to challenge others and one-self. After Apple, he briefly served as the director of desktop and collaborations products for Silicon Graphics. And after 2 years of hard work, he came to Adobe Systems as a senior vice-president of worldwide product research and in time, became the chief vice-president of worldwide products.

In November of 2007, the Chief Executive Officer of Adobe Systems Mr. Bruce Chizen announced his resignation as CEO on 1 December. So, then 45-year-old Shantanu Narayen accepted the post as the new CEO of the Adobe. He replaced Chizen due to his incredible work ethics and extensive understanding of the technology sector; it took him only a decade to rise to the top position of one of the biggest companies in the industry.

Shantanu has become the central figure in Adobe’s success; Narayen has made Adobe a necessary tool for all sites and apps and has secured over 350 deals for them. In 2005, he played a key role in Adobe’s $3.4 billion acquisition of Macromedia that led to the development of Flash and in 2009, the $1.8 billion takeover of Omniture.

Apart from his Adobe career, he is a member of the board of directors at Stario Inc., Dell Inc., Pfizer Inc. and the Advisory Board of Hass School of Business, University of California at Berkeley. He also served as the president of Adobe Foundation, the philanthropic branch of the company that devotes its resources to various charities across the globe. 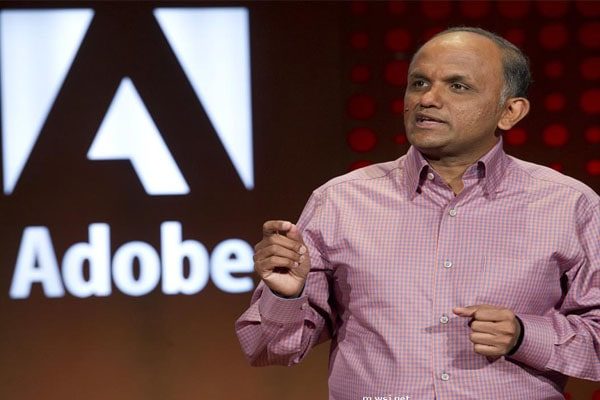 Shantanu wanted to become a journalist, but now as the CEO of Adobe cooperatives, he has been able to amass a huge fortune. Image source: The Wall Street Journal.

Shantanu Narayen’s wife is Reni Narayen. The couple met at Bowling Green State University during his earlier days in the U.S. In an interview with Times of India, Shantanu explained about his struggling phase in BGSU but the thing that he most adores was meeting his future wife there. The present husband-wife got married in the late 1980s. The married couple now lives in Palo Alto, California with their sons Shravan and Arjun Narayen.

Shantanu’s elder son Shravan was born in 1991, and their second son Arjun was born in 1994. The lovely wedded pair have spent their lives together for quite some time now and are still together and have wonderful kids. Shantanu is a proud father of two sons, though not much about them has been revealed. Yet we can only assume that they are following their father’s footsteps.

Shantanu Narayen is an Indian-American businessman who is one of the most successful men of his era. With fame comes honor, and some of the awards presented to Narayen are listed below;

Shantanu Narayen is one of the most successful people who has achieved it all because of his determination and hard work. 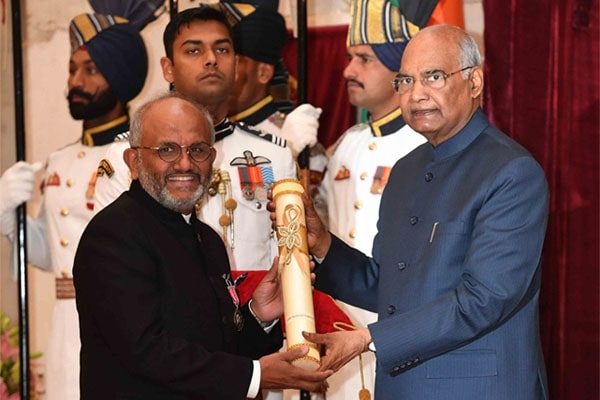 So, on the behalves of our team, we would like to congratulate him on his accomplishments and would like to wish him all the very best for the upcoming future.