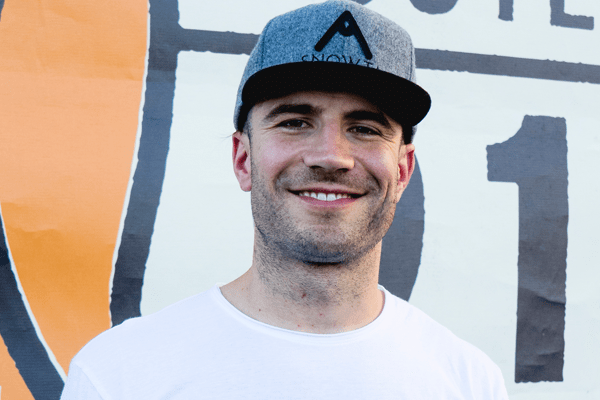 American singer, songwriter, and former college football player, Sam Hunt net worth has been accumulated from his exceptional country hits. Sam Hunt songs like Take Your Time, Body Like a Back Road, Make You Miss me, and more have gained huge attention. Signed to the MCA Nashville label Sam Hunt has also been recognized in R&B and pop along with country music.

Sam Hunt is a well-known American singer who has gained wide recognition for his country, R&B, and pop songs. Sam Hunt net worth has been accumulated from his successful career in the music industry. Sam Hunt is noted to be the first country music artist to have reached the top of three country music charts, Hot Country Songs, Country Airplay simultaneously since the Nielsen SoundScan-era began. The details of Sam Hunt fiancé, tour, net worth, songs and more can be found on several social media sites that are continuously observed by his fans all around the world. Sam Hunt twitter account has details of his day to day life.

Sam Lowry Hunt was born on December 8, 1984, in Cedartown, Georgia, United States. He was born to parents Allen Hunt, an insurance agent and Joan Hunt, a teacher. He spent most of his childhood days with his two younger siblings.

Sam Hunt went on to attend Cedartown High School. While there he was selected for the Georgia Sportswriters Association All-State Class AAA first-team. He then went on to attend Middle Tennessee State University where he played as a quarterback. He then attended UAB and earned a business degree in economics. He then went on to train with Kansas City Chiefs. However, Sam went on to write a song with Kenny Chesney which won an ASCAP Award after which he went on to pursue his career in the music industry.

Sam Hunt went on to sign a contract with MCA Nashville in January 2014. He then went on to release an EP titled X2C which had four songs. It went on to reach no. 5 on the Billboard Top Country Albums chart. He then debuts his studio Album Montevallo on 27th October 2014. It went on to reach number three on the Billboard 200 chart. Sam Hunt songs like Take Your Time and Cop Car went on to reach the top of the charts. In 2017 he released his lead single Body Like a Back Road from his second studio album. Sam Hunt has also worked with other artists like Lady Antebellum, Hunter Hays, Luke Bryan, Little Big Town, Miranda Lambert, Carrie Underwood, and more. Sam cites his musical influence to be Billy Currington, Usher, R. Kelly, Alice Cooper, and more. Sam Hunt has worked in country music, R&B, and pop.

Sam Hunt tour along with Michael Ray was held in 2015 titled Lipstick Graffiti Tour. In 2017 he Sam Hunt tour 15 in a 30 tour will be held along with Marren Morris, Chris Janson, and Ryan Follese.

Sam Hunt fiancé Hanna Lee Fowler has been in a relationship with him since 2008. They have broken off a couple of times but have always patched back. More recently, on 2nd April 2017, at the ACM Awards in Las Vegas, Sam hunt was seen wearing a ring. Sam Hunt walked off the stage during his performance and sat beside Hanna while singing. Sam Hunt confessed that they were engaged to marry soon.

Sam Hunt height is 6 feet 3 inches and his weight is 98 kg. Sam Hunt songs have gained wide attention from his audience who love and praise him. Sam Hunt twitter account has details of his triumphant career and his day to day events. The bio of the eminent and respected, Sam Hunt can be found on various social media sites like Wikipedia, Twitter, Facebook, and more.

Watch the new "Body Like A Back Road" lyric video and enter to win tickets to the 15 In A 30 Tour this summer. https://t.co/SbSWbzr6LK