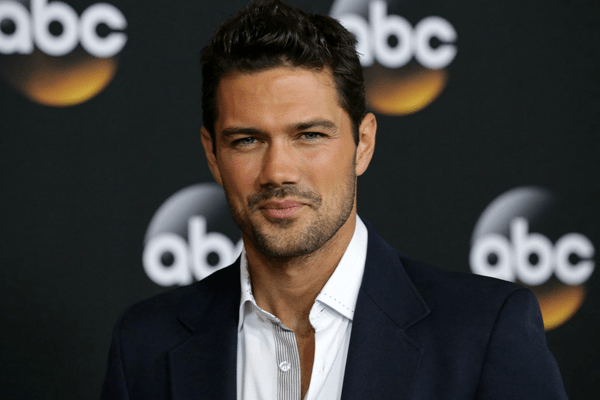 Ryan Paevey,born on September 24, 1984, grew up in Torrance, California. He was brought up in Los Angeles as the son of Les Vlieger and Linda Paevey. He is an American model and actor.He is renowned for his contract role as Nathan West on the Soap Opera General Hospital premiered in ABC channel.

Ryan Paevey recently featured in Love, alongside Jen Lilley, Brenden Sunderland and Chiara Zanni in the mainstream role in the Hallmark’s TV movie, Harvest. In 2012, he appeared in Christina Aguilera’s “Your Body” music video, which shows Aguilera taking control of a male-dominated society.

Ryan grew up helping his father in construction and bartending. He has a small sister Kaitlyn Ryan with whom he was very close to. His hobbies include video games, surfing which he did with his father as a child. Cooking adds on to his favorite list with his favorite food Sushi. He knows to speak French and Japenese.

While in high school, he got a chance to appear in modeling which eventually directed him towards acting though he didn’t plan his life that way into the entertainment industry.

Paevey stated that he previously turned down the modeling opportunities but eventually decided to act on one.

In Dec 2013, Ryan Paevey was selected in the contract role of Nathan West in the ABC soap opera”General Hospital”.

General Hospital is an American daytime medical drama. This medical Television drama has also been listed in Guinness World Records for the longest-running American show.

Ryan Paevey had no interest to go into the entertainment industry but was offered a chance of modeling when he was in high school, and he took it that led to the entry in the commercial acting roles further.

Ryan also worked as body Double for Robin Thicke during the production of the music video for the Thicke’s “Sex Therapy.” He also played in Christina Aguilera’s 2012 music video for ‘Your Body’ as he had previously worked with the video director. He got the offering of acting and encouragement to act while working as a model.

He did his shot for a campaign Izod and appeared in a Corona commercial. In Dec 2014, Ryan associated himself “Extra” as a guest host and played the lead role in “Unleashing Mr. Darcy”, which is the Hallmark Channel original movie in 2015. He has played many famous films and series.

His movies and series include The Girl with the Gloves, 4 Dead Girls: The Soul Taker, The Client List, Hollywood Heights, General Hospital, Extra, The View, 42nd Daytime Emmy Awards, Harvest Love and Locked in. His upcoming movie is named “Bogie and Bacall” where he is playing his role as Adlai Stevenson.

He has done many music videos like Sex Therapy, Hands tied and Your Body. Paevey occasionally can be found scouting out uncharted territories for the cliff jumping session. He is into this to satisfy his craving for thrill-seeking. He is also a self-proclaimed nerd, loving all things that is tech and video games.

Ryan was also linked up with his “General Hospital” costar Kristen Storms, but both of them denied the rumors.

In 2016, Ryan Paevey launched a brand called Fortunate Wanderer. There he sold custom prints of photography from his travels, handmade jewelry, and outdoor gear. He has a self-owned motorcycle that he cares about which he has named “Lilith.”

In July 2015, Paevey was involved in a motorcycle accident that left him with a shattered wrist.

Ryan Paevey ‘s current net worth is not revealed or disclosed anywhere in social media, but he is expected to earn around $400 thousand per episode from the soap opera “General Hospital.”

Ryan is a blue-eyed personality with 6 feet 1-inch height. He has a perfect eye-catching body figure, tall and charming personality. He is just 56 kg in weight.

Spent the day volunteering, and this was the backdrop on pretty much all sides. The magnitude of the challenge before our firefighters and emergency crews is staggering, and all you can do is be grateful for their continued vigilance…it’s not over yet, but it will be.