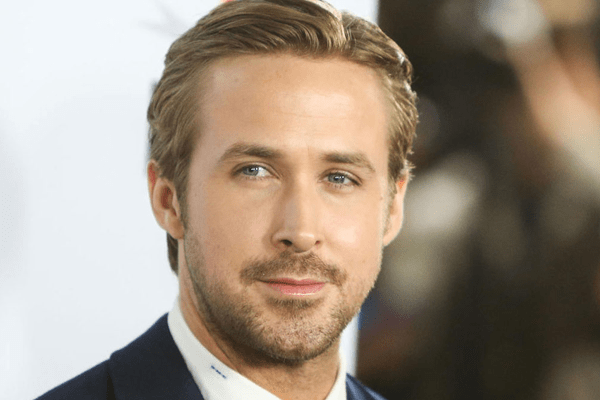 Canadian actor and musician, Ryan Gosling movies like Lars and The Real Girl and Blue Valentine earned him Golden Globe nominations, thereby increasing his prominence and net worth.

Ryan Gosling first started to appear as a child actor on the Disney Channel’s The Mickey Mouse Club during early 1990s. He then glided to family entertainment program Are You Afraid of Dark? and Goosebumps (1995). Soon, Ryan Gosling movies started to mushroom from the beginning of 2000. He has starred in a number of popular movies, namely, The Notebook (2004), Crazy, Stupid, Love (2011) and La La Land (2017).

Additionally, Gosling’s band, Dead Man’s Bones, released their first album in 2009. The supporter of PETA, Invisible Children and Enough Project, Gosling is the co-owner of a Moroccan restaurant, Tagine.

Ryan Thomas Gosling was born on November 12, 1980 in London, Ontario, Canada. His parents are Thomas Ray Gosling and Donna. Thomas works as a traveling salesman for a paper mill while Donna is a secretary. He is Canadian and has English, Scottish and French ancestry.

When he was a child, his family moved around a lot due to his father’s job. After his parents’ divorce, he started living with his older sister, Mandi Gosling, and mother. He was 13 at the time of their divorce.

Gosling went to Gladstone Public School. Later, he attended Cornwall Collegiate and Vocational School and then Lester B. Pearson High School. He got an inspiration to become an actor watching Dick Tracy. When he was in an elementary school, he was the victim of bully and had no friends until the age of 14-15.F

When Gosling was in grade one, he got inspired by action film First Blood heavily. As a result, he took knives to his school and threw at other children. This action resulted in his suspension. Further, he got evaluated for ADHD after being unable to read. However, he did not get diagnosed with the syndrome.

After this evaluation and his inability, his mother left her job and homeschooled him for a year. Soon, he began performing in front of people after his sister inspired him to do so. He and his sister together performed with Elvis Perry, sang at weddings and partook at local ballet company. This not only sharpened his acting skills, but also boasted his confidence. When Gosling was 17, he dropped out of school and focused in acting.

In 1993, Gosling went to an open audition in Montreal for Disney Channel’s The Mickey Mouse Club. Eventually, he got 2 years contract as a mouseketeer and moved to Orlando, Florida for the role when he was 13. His fellow cast members were Justin Timberlake, Britney Spears and Christina Aguilera. However, he appeared not so frequently because he was considered comparatively less talented. Soon, he appeared in television series Are You Afraid of the Dark? (1995) and Goosebumps (1996). He later got starring role in Breaker High during 1997-98.

Before Ryan Gosling movies came up, he played several roles in television series. He moved to New Zealand when he was 18 in order to play title character in Young Hercules in late 1990s. Soon, he realized he wanted to enter film and do no more television work.

The 19-year-old actor, Gosling moved to acting line with serious motive. He made his breakthrough appearing in lead role of The Believer in 2001 for which he received appraisal from Los Angeles Times. It stated his acting as “electrifying and terrifyingly convincing”. In addition, Variety also praised his acting as “dynamite performance”. Even though the film won Grand Jury Prize, it faced commercial failure.

The following year, Ryan Gosling movies mushroomed. He co-starred with Sandra Bullock and Michael Pitt in psychological thriller Murder by Numbers. For the movie, Entertainment Weekly described him as “phenomenal talent” while Todd McCarthy from Variety acclaimed “Strong and charismatic”. The same year, he appeared in The Slaughter Rule for which Manohla Dargis of the Los Angeles Times described him as “raw talent.

Furthermore, Ryan Gosling movies won millions of audiences’ heart as time passed. His movies The Notebook and Half Nelson grabbed attention of people. Gosling played Noah Calhoun opposite to Rachel McAdams in The Notebook. Media like The Washington Post and The New York Times praised Gosling stating “spontaneous and combustible”, “beguiling unaffectedness” and so on.

However, on the set of romantic movie, Gosling and McAdams had a combative relationship. On the other hand, they were in relationship during 2005. Gosling at one point even asked for another co-star stating that McAdams was very uncooperative. Nevertheless, the successful film shows them as romantic and compatible couple on-screen.

During the similar time, Ryan Gosling Movies Stay and Half Nelson came up which grossed good amount as well as earned him praise. Los Angeles Times, Variety and The New York Times described him as “mesmerizing performance”. He then landed starring role in San Francisco Chronicle, which grossed $4 million.

In 2007, he played an introvert in Lars and the Real Girl for which The Washington Post described his performance as “a small miracle”. The same year, he starred in Fracture which grossed $91 million worldwide.

Ryan Gosling movies started to come up frequently after 2010 which amassed him wide fame and recognition. In 2010-11 alone, he starred in 5 movies. He starred in Blue Valentine in 2010 with Michelle Williams for which he gathered huge acclamation. It was a box office success. Similarly, other Ryan Gosling movies that became commercial success are mystery All Good Things (2010) and romantic comedy-drama Crazy, Stupid, Love (2011) with Emma Stone.

Soon, Ryan Gosling movies in action genre came up. He made his action movie debut with Drive in 2011 where he portrayed Hollywood stunt performer. The movie was a commercial $70 million with $15 million budget. His another movie The Ides of March was also a commercial success grossing $66 million worldwide.

Ryan Gosling movies came out in a huge number. So, he decided to put his hands in something else too. He worked as director starting from 2013. Gosling made his directional debut with Lost River. But, the movie did not receive positive review. The Guardian called the movie “insufferably conceited”.

Apart from Ryan Gosling movies appearances, he has also made solo recording “Put Me in the Car” in 2007. The same year, Gosling and his friend, Zach Shield formed a rock band Dead Man’s Bones. They released their debut album with the band’s name through ANTI-Records in 2009. For the album. Gosling contributed vocals, piano, guitar, bass guitar and cello. Pitchfork Media, Prefix and Spin found the album fascinating and praiseworthy while Entertainment Weekly criticized it.

In September 2009, the two band members performed at LA’s Bob Baker Marionette Theater. They even went on 13-date tour of North America using local children’s choir at every show. The next year, they performed at LA’s FYF Festival.

For the movie The Notebook, Gosling won four Teen Choice and an MTV Movie Award. Similarly, Gosling became an Academy Award nominee for his excellence in San Francisco Chronicle.

Furthermore, he received Golden Globe nomination for Best Actor – Motion Picture Musical or Comedy for the movie Lars and the Real Girl. For Blue Valentine, The Ides of March and Crazy, Stupid, Love, Gosling earned the Golden Globe Award nomination.

Ryan Gosling movies are not only the reason for his growing worth, he also adds value in the society. He is supporter of various charity. Gosling has worked with PETA to encourage KFC and McDonald’s to enhance their chicken slaughter process as well as to stop dairy farmers from de-horning cows.

Moreover, he was a volunteer in 2005 at Biloxi, Mississippi where he partook in clean-up after Hurricane Katrina. He supports Invisible Children, Inc. In 2005, he travelled to Darfur Refugee Camp and turned to a speaker at Campus Progress’s National Conference in 2008. As a speaker, he discussed about Darfur. Additionally, he travelled to Uganda in 2007 and eastern Congo in 2010 to work with the Enough Project.

The Canadian actor dated actress Sandra Bullock from 2002 to 2003. After splitting up with Bullock, he went in a romantic relationship with his The Notebook co-star, Rachel McAdams. They dated from 2005 until 2007 and reunited in 2008 for a short duration.

In 2011, Gosling started dating Eva Mendes. They have worked together in The Place Beyond the Pines. The couple has two daughters, who are now three and one years old.

Ryan Gosling movies have turned him into highly recognizable actor worldwide and netted him good worth. Evaluated with ADHD as a child, Ryan Gosling turned into a famous actor with net worth of $30 million in present days.