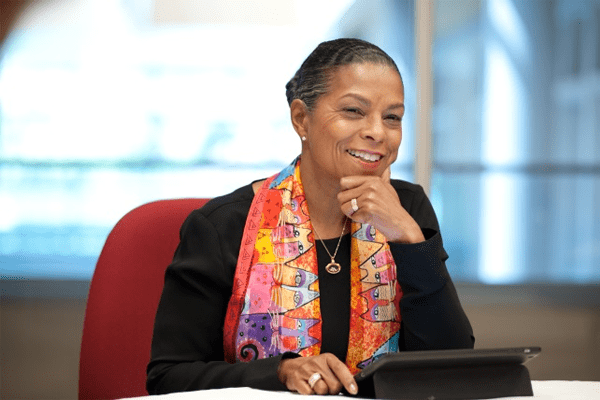 Risa Lavizzo-Mourey was born in 1954 in Seattle, Washington. She was raised by physician parents. She also wanted to be a doctor from her childhood. She attended The Bush School then obtained an undergraduate degree at the Brook. She then completed her M.D. at Harvard Medical School. In order to complete her internship and residency, she went to Brigham and Women’s Hospital located in in Boston. The University of Pennsylvania named her a Robert Wood Johnson Foundation Clinical Scholar in 1984. She also has a master of business administration degree in health care administration which she received from the University of Pennsylvania’s Wharton School of Business in 1986.

Robert Wood Johnson Foundation is one of the America’s largest philanthropic organization that is directed towards improving the health and health care of all people of America. Risa Lavizzo-Mourey first joined the Foundation in April 2001. At that time, she was appointed by the Foundation in the role of senior vice president and director of its Health Care Group. Later she was named the president and CEO of the Foundation in December 2002. Risa Lavizzo-Mourey has introduced and implemented various effective plans related to people’s health and health care through the Foundation. Some of the major accomplishments achieved by the Foundation, under her leadership, include reduction of tobacco use, the establishment of the 911 EMS system and so on. The Foundation is currently focusing on the issues related to children’s health so that every child in America grows up with a good health. Before joining Robert Wood Johnson Foundation, Risa Lavizzo-Mourey was working as Director of the Institute on Aging and Chief of geriatric medicine at the University of Pennsylvania’s School of Medicine.

Risa Lavizzo-Mourey has until now served on various federal advisory committees. Some of the famous names include Task Force on Aging Research, the Institute of Medicine’s Panel on Disease and Disability Prevention among Older Adults, the Office of Technology Assessment Panel on Preventive Services for Medicare Beneficiaries, and the National Committee on Vital and Health Statistics. She has also served in the United States Department of Health and Human Services as deputy administrator of the Agency for Healthcare Policy and Research.

Risa Lavizzo-Mourey has been honored many times for her remarkable work in the field of health and health care. She has received numerous honorary doctorates and various other awards. She has received commendations for her work from different organizations including, Harvard School of Public Health, U.S. Department of Health and Human Services, the University of Pennsylvania, National Library of Medicine, American Medical Women’s Association, and the National Medical Association. According to Forbes, Risa Lavizzo-Mourey is the world’s 97th most powerful woman as of 2016. Risa has been an inspiration to many aspiring young business minds who want to find as much sues and she has gained over the years in the field of business and health care.