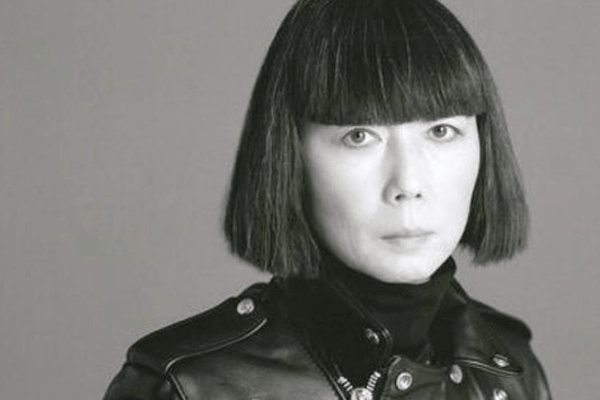 Japanese fashion designer, Rei Kawakubo net worth elevated as she made notable contribution in design and fashion world which makes her one of the iconic designers of late 20th century.

Born in 1942, Rei Kawakubo is the founder of Comme des Garçons (1969) and Dover Street Market. Her works are based in Tokyo, Japan. The remarkable fashion designer, Rei Kawakubo net worth increased as she exhibited her designs successfully at the Metropolitan Museum of Art in New York City. The exhibition was entitled Rei Kawakubo/Commes desh Garçons, Art of the In-Between that was organized on May 5, 2017.

Rei Kawakubo was born on October 11, 1942 which makes her 74 years by 2017. She was born in Tokyo, Japan as the oldest among three children. Her father was an administrator at prestigious institute, Keio University.

As far as her education is concerned, Kawakubo studied fine arts and literature at Keio University. She did nots take fashion designing as her formal degree. However, she holds degree in history of aesthetics after enrolling herself at Keio University in 1960. Her major specialized in the study of Asian and Western art.

Rei Kawakubo graduated in 1964. After graduation, she worked in advertising department at a textile company called Ashai Kasei. During that time, she developed interest in fashion thereby, turning into a freelance stylist in 1967. A couple of years later, she garnered enough expertise to design her own clothes under the label Comme des Garçons (CDG), which was the main source of increase of Rei Kawakubo net worth.

Comme des Garçons was only the label when Kawakubo started in 1969; however, she later established it as a company in 1973. It was named Comme des Garçons Co. Ltd. The company was based in Tokyo, where she opened her first boutique in 1975. Kawakubo had started the company with women’s clothes at first, but she later incorporated m en’s wears in 1978.

After three years, Kawakubo got a golden opportunity to present her fashion line in Paris. This opportunity not only raised the business but also Rei Kawakubo net worth and recognition. She presented her fashion lines each season. As a result, in 1982 Kawakubo opened a boutique in Paris. Her company Comme des Garçons is best known for anti-fashion austere and even deconstructed garments.

With Kawakubo’s iconoclastic fashion ideas, CDG started flourishing by 1980s. According to Thurman, “the company had hundred and fifty shops across Japan, eighty employees and annual revenues of some 30 million dollars”. In the 1980s, her cloth lines were mostly in black and grey and the materials that draped around the body with unfinished edges.  The revolutionary ideas in fashion led to uproar in Paris fashion show. Due to this, Rei Kawakubo net worth rose even more and the journalists also labeled her clothes as ‘Hiroshima chic’.

Growing as a prominent fashion designer, Kawakubo additionally focused in graphic designing, advertising and shop interiors. Her shop Aoyama in Tokyo is has fancy interior with sloping glass façade and blue dots. Kawakubo herself and architect/designer Takao Kawasaki had designed this store.

Kawakubo’s bi-annual magazine ‘Six’ featured mainly of photos and images and very little texts in early 1990s. Rei Kawakubo net worth hiked high as she turned to guest editor of Visionaire. Before 2002, Kawakubo had started supporting LGBT through her themes in photography, advertisements, marketing and designs.

Referred as original fashion designer, Kawakubo has maintained her prominence with her out-of-usual creativity. Therefore, she is quite famous in fashion world thereby, earning herself a very good position and respect in the industry. Kawakubo has a number of supporters namely, Jean-Paul Gaultier, Donna Karan, Alexander McQuen, etc. Her supporters admire her courage to come up with original ideas and present them, which elevates Rei Kawakubo net worth higher.

Even though her designs and creativity has impressed and inspired many other designers, Kawakubo does not see herself as an icon. Her clothing lines are designed in CDG studio in Aoyama, Tokyo. But they are prepared in multiple countries: Japan, France, Spain and Turkey. CDG has collaborated with many other fashion brands like Levi’s, Nike, Lacoste and Louis Vuitton.

It released a collection in collaboration with H&M in 2008 which featured both men and women’s clothing and even children and some unisex perfume. Kawakubo is also popular for founding Dover Street Market in London’s Dover Street which later opened in Tokyo and New York. Dover Street Market specializes on visual marketing and emerging talents.

During late-70s, Kawakubo was in romantic relationship with fellow Japanese designer, Yohji Yamamoto. Apart from romantic relationship, they were in professional bondage too. Together they produced clothes that challenged the concept of feminism. Also, they had presented their asymmetrical and oversized clothing collection separately in Paris in 1981. However, Kawakubo and Yamamoto separated towards the end of 1990s.

Afterwards, Kawakubo married current CEO of Comme des Garçons (1969) and Dover Street Market, Adrian Joffe in 1992. Joffe is a South African by birth and is a decade younger than Kawakubo who works in the office based in Paris. Kawakubo resides in Tokyo; however, she often travels to Paris for her fashion shows and head office visits.

Best known for abstract and completely original fashion lines, Kawakubo has earned a huge supporter, admirer and awards. The exhibition “Mode et Photo, Comme des Garçons” at the Pompidou Centre in Paris featured Kawakubo’s fashion in 1986. Additionally, “Three Women: Madeleine Vionnet, Claire McCardell, and Rei Kawakubo” at the Fashion Institute of Technology in New York City featured her fashion in 1987. “ReFusing Fashion: Rei Kawakubo” at the Museum of Contemporary Art Detroit (2008), and “Rei Kawakubo/Comme des Garçons: Art of the In-Between” at the Metropolitan Museum of Art in New York City also exhibited Kawakubo’s fashion in 2017. Harvard University Graduate School of Design awarded her with Fashion Group International award in 1986 and the Excellence in Design Award. Similarly, French government honored her as a Chevalier in the Order of Arts and Letters in 1993.

The prominent fashion designer based in Tokyo has earned a huge success in fashion industry. Kawakubo’s perseverance and creativity led to earning huge revenues for her high-profile companies and gaining worldwide recognition. However, Rei Kawakubo net worth is still unknown. All we can estimate through her highly successful fashion lines and popularity is that she definitely has grossed million dollars through her work and lives a lavish life.