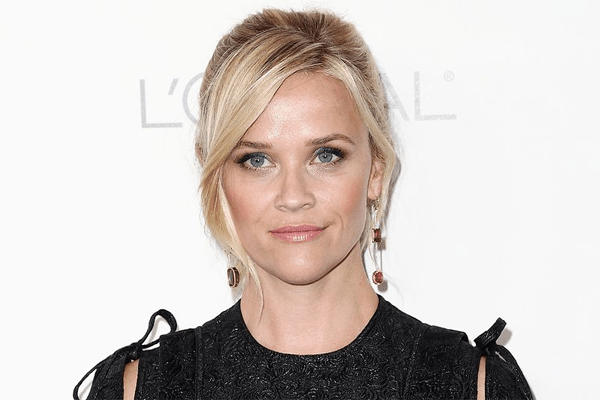 Reese Witherspoon is an American Actress having her last appearance in the film Home Again and television series Big Little Lies and The Mindy Project. Besides, she is also a Producer and an Entrepreneur.

She is the holder of Ten-State Talent Fair. Her first breakthrough was the film The Man in the Moon. Subsequently, she appeared in numerous film and television series the following year. Besides, a public face, she is a wife and a mother of 3 children. In addition to this, Reese was the first-ever global brand ambassador in 2007.

Until the age of four, she lived with her father in Wiesbaden, Germany where he was working as a U.S. military. She grew up in Nashville Tennessee. She is the youngest daughter in a family and has an older brother named John Jr., a real estate agent.

Reese Witherspoon attended her middle school in Harding Academy following Harpeth Hall School. And she completed her graduation. Next, Witherspoon enrolled to Stanford University choosing English Literature as a primary subject. But, after a year of enrollment, she left the university to give full attention towards the acting career.

Reese Witherspoon was interested in the entertainment industry since her early age. At the age of seven, she got selected for a florist’s television advertisement. Then, with the gradual obsession in modeling, she joined acting classes. Eventually, at the age of eleven, she stood as Teen-state Talent Fair. Reese used to spend her leisure time reading several books.  Thus her parents gave her a nickname Little Type A.

Later in 1991, Witherspoon started her professional career casting in a film The Man in the Moon. There, she portrayed the character of 14-years old tomboy eventually receiving the most significant success. For the movie, Reese also got nominated for the Young Artist Award under the category Best Young Actress.

After the successful breakthrough, she then appeared in a television debut Wildflower starring with Patricia Arquette. In 1992, she appeared in television movie Desperate Choices: To Save My Child representing a critically ill young girl.

After her first appearance in Wildflower, she continually arose in television movies and series. Some of them are Return to Lonesome Dove (1993, miniseries), Saturday Night Live (2001, host), The Simpsons (2002), etc. Succeeding, Best Time Ever with Neil Patrick Harris (2015, guest announcer), Big Little Lies (2017) are her recent shows.

After the commercial success of her film Walk the Line, in an interview, Reese stated her separation from her first husband. In addition to this, she made a statement “Audiences were not responding to anything I was putting out there.”

The same year, she released film Rendition (October 2007). But the film received the mixed reviews and reflected disappointment at the Toronto International Film Festival. As well as USA Today  also criticized her.

And in 2008, Witherspoon appeared in another holiday comedy film Four Christmases. Despite the negative reviews of past year, the movie enlisted at the box-office successful grossing more than $120 million domestically and $157 million worldwide.

Further, in 2010, she released romantic comedy film How Do You Know. But the movie did not receive proper feedback. The movie stood as both critical and box-office failure.

Then she appeared in Water for Elephants (2011) receiving mixed critical reviews. Similarly, her film This Means War (2012) got poor rates leading her to Oscar-winning of the cold streak.

Is Reese Witherspoon only an Actress?

Well, Reese Witherspoon is not just an actress, she is an entrepreneur and a philanthropist.

Then in 2016 November, Witherspoon along with Otter Media formed Hello Sunshine, focused on telling female-driven stories on film, TV and digital platform.

As of 2018, she will be working as the story-teller-in-chief for Elizabeth Arden Inc. Reese is a versatile actress with a big heart. Witherspoon served the needy people associating with Save the Children, Children’s Defense Fund and Global Ambassador of cosmetic company Avon Products.

Reese Witherspoon married Jim Toth on March 26, 2011. Jim Toth is a talent agent and co-head of motion picture at the Creative Artist Agency. The couple blessed with a son named Tennessee James Toth on September 27, 2012.

Earlier she was married to Ryan Philippe on June 5, 1999. But, unfortunately, the couple split-up on October 2006. Before their separation, the couple has two children daughter Ava Elizabeth Philippe (September 9, 1999) and a son Deacon Reese Philippe (October 23, 2003).

Reese Witherspoon has an average height of 5 Feet 1 Inch. Her body measurement is 34-25-35 and body weight is 110 lbs. Witherspoon has beautiful blue colored eyes and blonde colored hair. She possesses white ethnicity.

What better way to celebrate @DraperJames new #Spring arrivals than with my one and only, @AvaPhillippe! ? She is cutting her own creative path in the world and I could not be prouder of her. Check out @DraperJames’ new arrivals and our mother/daughter interview on the Love, Reese blog (link in bio) ?

Remain updated with SuperbHub to get newer updates on celebrities.