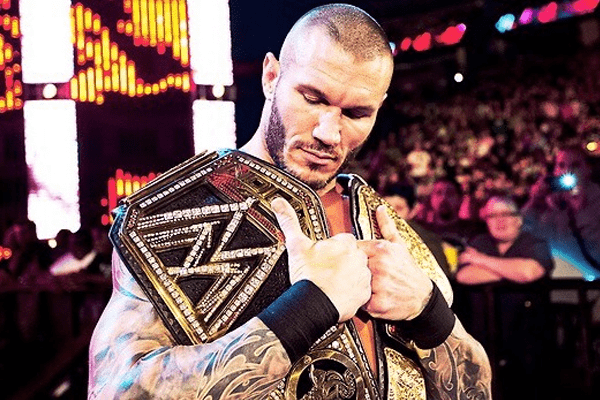 Orton is a third generation WWE star in the Orton family as his granddad Bob Orton, Sr. and his father Bob Orton Jr. both competed in the professional wrestling business as professional wrestlers. Randy’s parents tried to convince him to consider a different career option and a stay away from the wrestling entertainment business after experiencing the struggle that a professional wrestler has to face in his life. His father even warned him that the life of a wrestler in the ring is a life away from family. But that did not stop Randy Orton to become a successful wrestler. Before being signed to the World Wrestling Federation, now known as World Wrestling Entertainment, roster, Randy Orton trained and wrestled for Mid-Missouri Wrestling Association for a month. He then went to Ohio Valley Wrestling and held the OVW Hardcore Championship twice.

Randy Orton became a member of the WWE group Evolution after joining WWE. It quickly led him to an Intercontinental Championship reign. It was his first title with the WWE Company. He started getting in the spotlight in WWE when he began disrespecting and attacking WWE Hall of Famers. After he became one of the most famous artists in WWE, he earned himself a World Heavyweight Championship title shot at age of 24 and went on to win the match. He then became the youngest person to win the World Heavyweight Championship title in WWE history. After the win, he resigned from his group Evolution and joined forces with fellow WWE superstar Edge to form a group known as Rated-RKO and together, went on to win the World Tag Team Championship in 2006.

After the breakup of Rated-RKO in 2007, Randy Orton went on a long way of success by winning WWE Championship twice in one night, and he became the youngest WWE Champion to win the title twice at the age of 27. In 2008, he formed The Legacy, a group that includes Cody Rhodes and Ted DiBiase. Randy Orton returned as a solo competitor after the group broke down in 2010. Orton aligned with The Authority in 2013 and was named the face of the WWE. He was the winner of the 2009 Royal Rumble main event and has featured in many events including Wrestle Mania 25 and Wrestle Mania 30.

Randy Orton made his debut in wrestling business in 2000 from the Mid-Missouri Wrestling Association in St. Louis, Missouri. It is an off spin of the historic St. Louis Wrestling Club. He trained by with both the association and his father, Bob Orton Jr. He wrestled for the association against the wrestlers like Ace Strange, Mark Bland and much more.

Randy Orton signed a new deal with World Wrestling Federation, now known as World Wrestling Entertainment, in 2001 and was sent to Ohio Valley Wrestling in Kentucky, for his development. He trained and wrestled with Rico Constantino and The Prototype. He also teamed up with Bobby Eaton in a tag team tournament. He won the Ohio Valley Wrestling Championship two times by defeating Mr. Black and Flash Flanagan in 2001. He also faced Rico Constantino and John Cena, then known as The Prototype, in a tag match in Jacksonville on a combined WWF/OVW event. He appeared on WWF house show on May 1, 2001, where he faced Billy Gunn. Unfortunately, Orton lost the game. He started to appear regularly on WWF house show where he faced Chuck Palumbo, Shawn Stasiak, and Steven Richards.

Randy Orton’s first official WWF appearance was in 2002 where he lost against Tommy Dreamer. But his first televised WWF match was on April 25, 2002, where he faced Hardcore Holly on SmackDown. In September 2002, Orton was signed to the Raw.

Randy Orton joined the new group of Ric Flair, Triple H, and Dave Batista named Evolution. The group dominated the Raw from 2003 to 2004 when they won all the titles on the Raw.

Randy Orton became the youngest person to win the World Heavyweight Championship after defeating Chris Benoit at the age of 24. After his championship victory, the Evolution went against the back of Randy Orton mainly because of the jealousy of the success. Although Randy Orton was able to get his revenge on the Evolution, he lost the championship to Triple H only after two months of winning it.

Randy Orton was suspended for sixty days from WWE On April 4, 2006. Orton scripted injury to cover the suspension where he said Kurt Angle broke his ankle during in a match. Orton returned to WWE with a rivalry with Angle. He then went up against Hulk Hogan. Orton began insulting the legendary Hogan and his daughter Brooke Hogan. The two were scheduled in a Legend vs. Legend Killer match at Summer Slam, where Hogan beat Randy Orton.

Orton joined Edge, where they both had a beef with Triple H and formed the tag team named Rated-RKO. The two quickly dominated the Raw and tag team division and became the first to defeat DX. Shawn Michaels teamed with John Cena since Triple H had to make way for Cena due to his injury, to defeat Rated-RKO and win World Tag Team Championship.  After the loss of tag team titles, some friction occurred in the group as both Edge and Orton made WWE Championship their main priority. They faced John Cena and Shawn Michaels at Backlash in a fatal four way for the WWE Championship title, which was won by John Cena. Orton earned the nickname The Viper when the commentators noted how he stalks his victims like a snake in the ring.

Randy Orton was cast as the lead role in the movie The Marine 2 which was released in 2009. Unfortunately, after suffering an injury in his collarbone, he had to be replaced by his former WWE partner, Ted DiBiase. He also played a supporting role in the comedy movie, That is What I Am as a father of a high school bully. The movie was released in 2011. He was replaced by wrestler The Miz in the film The Marine 3: Homefront, after his past life as a marine. Randy Orton starred in the sequel to the action movie 12 Rounds, 12 Rounds 2: Reloaded released in 2013.

Randy Orton currently lives in St. Charles at Missouri.He had a tattoo of United States Marine Corps on his left arm but covered it up later when he received a bad conduct. He had to serve 38 days in Camp Pendleton at a military prison for his actions before he was sent home.

Randy Orton got engaged to Samantha Speno, his long-time girlfriend, in November 2005. They later married on September 21st, 2007. Their first child was born on July 12, 2008, and was named Alanna Marie Orton. Orton later tattooed his daughter’s name and her birthday on his left arm. The relationship with Speno didn’t last much longer as they got divorced in June 2013. Randy Orton affianced Kimberly Kessler in 2015 and married her on November 14th, 2015. The two are expecting their first child together in 2016.

Randy Orton has appeared on the Jimmy Kimmel Live! talk show twice. First, he appeared alone on the show while in March 2007, he accompanied by Edge, and John Cena, show where they played the game Deal or No Deal.

Randy Orton’s signature move, RKO became a popular meme on Vine in 2014 where Orton performs his RKO on failed internet clips and videos.

Too bad it's a knockoff, if it was legit I might be able to actually sell some shirts https://t.co/4QzxlJPbgx