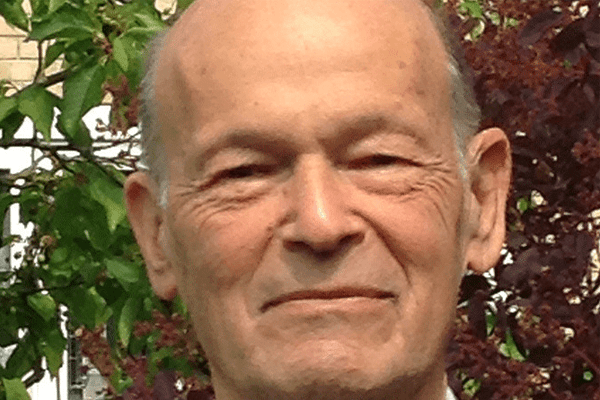 Professor Jonathan Steinberg is a former Chair of the Department of History at the University of Pennsylvania. He has achieved many things in his life and his affiliations are highly intimidating. He has been appointed to the Commission of the Deutsche Bank AG, Frankfurt is Main in order to investigate or examine the activities of bank and transactions of gold during the time of World War two.

Professor Jonathan Steinberg apparently is in his eighties. He was born on 8th of March, 1934 in New York, United States and a Jewish by religious affiliation.

Jonathan Steinberg has paved his path toward his career with hard work and perseverance. He completed his high school education from his hometown and he has a keen interest in history and stuffs right from his school days. He developed this beautiful habit of reading books especially those related to history right from the beginning.

He developed his career as a historian and prepared himself accordingly. He earned an A. B. from Harvard University which is one of the prestigious educational institutions around. He did his Ph.D. from Cambridge University.

Teaching is the vivid aspect of Jonathan Steinberg career. He served Cambridge University as a University Lecturer for more than 3 decades, actually, he worked there as a lecturer for 33 long years. He was a Reader in European History, Fellow of Trinity Hall, and Vice-Master.

Jonathan Steinberg is a professor at the University of Pennsylvania in Philadelphia. This man is the king of intellect. He basically teaches about Modern Europe since 1789 with the specialization the German and Austrian Empires, Nazi Germany, Fascist Italy and modern Jewish history. His span of matters when as related to teaching is really wide. He also has taken graduate seminar classes in historical thoughts. He has enlightened the students regarding the economic thought from Adam Smith to Karl Marx.

Apart from being a professor, Jonathan Steinberg books are the inevitable share of Jonathan Steinberg career. He is the author of Yesterday’s Deterrent: Tirpitz and the Birth of the German Battle Fleet, Why Switzerland? Etc. He has written many books and published many. Among them, he is basically famous for the book named, ‘Bismarck: A Life’. The book enlightens the life, an extraordinary life of a man named Bismarck who is almost the exactly the opposite of the public image we have of him. He was never a soldier but after a certain stage always appeared in uniform. He never had a real power, a majority in parliament. However, he was a most powerful man in the 19th century. These words are straight from the author himself. This particular book of him is one of the major successes in his career.

Professor Jonathan Steinberg personal life has always been into the shadows. There might be other reason as well why his personal life has been way away from the eyes of media. The reason might simply be that the reporters themselves are not much interested in his matters those which are mainly personal.

Professor Jonathan Steinberg is living in his golden old days and he has been able to build a distinct image in a professional career and has always kept his private life separated. There has never been such controversies, rumors and the like when it this famous professor. He has never disclosed about his married life on the top of that it has still been into the shadows that are he even married, does he even has any children and etc. The questions are jus countless. His silence has left many rooms for assumptions and inferences.

As already mentioned one of his best books include Bismarck: A Life. The book was published by the press of Oxford University. It was even short-listed for the prestigious recognition, the BBC Samuel Johnson Prize for Non-Fiction in July 2011. Also, the book was short- listed for the Duff Cooper in the year 2012.