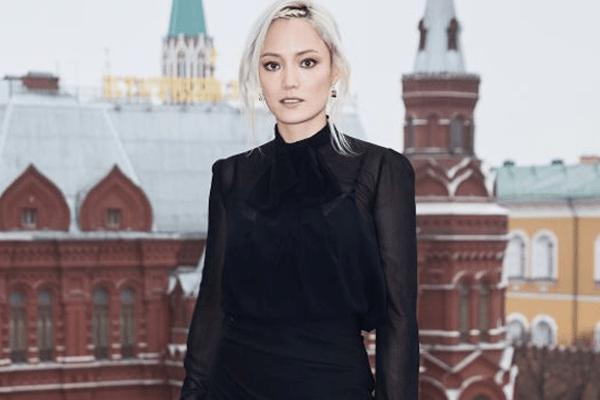 French Actress Pom Klementieff is critically acclaimed for the film Old Boy (2013), Mantis in Guardians of the Galaxy (2017) and Avengers: Infinity War (2018). Prior to her iconic marvel role, she worked as a waitress and saleswoman.

A marvelous performance and the bold look is easing Pom to earn sharp image along with a decent amount of money. Pom’s role as the Mantis in the Marvel’s juggernaut Avengers: Infinity War which grossed over $860m worldwide and earned her equal stardom.

Pom was born on May 3, 1986, in Quebec City, Quebec, Canada. Pominator is the daughter of a Korean mother and French-Russian father. Her birth name is a Korean word which indicates ‘spring’ and ‘tiger’.

When she was 5, her father died of cancer, and her mother had schizophrenia. So, Pom grew up with her parental uncle and aunt along with her sibling (brother).

Unfortunately,  her uncle died on her 18th birthday, and her brother committed suicide on 25th birthday.  Since then Klementieff is living with her aunt.

Growing up, actress Pom relocated different places including Quebec within her first year. Then, she resided in Kyoto for two years, a year on Ivory Coast and finally moved to France. A rising star spent her formative years in France and began her professional career over there.

Since the early age, acting was something Pom Klementieff always wanted to choose as her professional career. Eventually, she joined the Cours Florent drama school in Paris so that she did not have to regret in the future.

Klementieff believes anything can happen in life anytime. So, she went out to explore everything and worked on it. Shortly after her attendance in the theater school, Pom made a debut performance in the French film Apres lui (2007).

Since then actress Pom scored numerous roles in French and even in America. A film titled Oldboy is her American debut. In a well-established Franchise industry, she is the fresher.

Avengers: Infinity war was a huge score in Pom’s career and her co-actor Robert Downey earned $40m and Scarlett reportedly earned $20m. Similarly, Pom might have earned a substantial amount more or less than the A class star of the movie.

Along with this, she has appearances in the TV series and documentary including Wolves Unleashed (2011), Made in Hollywood (2017), and Extraordinary: Stan Lee (2017).

As an actress, French importer Pom arose in the spotlight after her role as Mantis on Guardians of the Galaxy Vol.2. The movie was the fourth most commercially and financially successful the year grossing over $860 million.

According to PayScale, the average earning of an actress is $51k annually in the United States. Pom is both French and American actress, so we can quickly assume she is surpassing five figures including bonus and additional benefits.

As of March 2018, Pom Klementieff’s net worth is estimated to be $3 million, according to the Squander.

Despite being the rising star in the entertainment industry, French artist Pom prefers to keep her life to low key and don’t want to publicize more about the personal life.

Media personality Pom has pursued her career as a taekwondo player along with her filming career. She is the winner of a purple belt in taekwondo in 2014.

Klementieff’s birth sign is Taurus. She holds French nationality. Pom belongs to mixed (Russian, French, and Korean) ethnicity. She is popular with her nickname Pominator.

During leisure, she loves to catch up with friends and watch love stories. An actress Pom is down-to-heart and loves to shower her love to beloved ones by presenting a cake with her name on it and love to watch their reaction as well.

For more updates on Celebrities Biography, stay connected with SuperbHub.