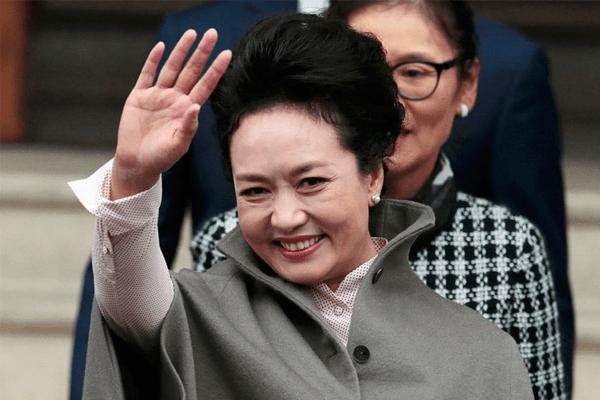 Chinese contemporary folk singer and performing artist, Peng Liyuan singing has caught attention of many people in addition to her rise in political arena as the President of the People’s Liberation Army Academy of Art.

Peng Liyuan is the wife of current Chinese leader Xi Jinping and media refers to her as “Chinese First Lady”. Prior to gaining fame as the Chinese First Lady, Peng was a popular soprano singer. Therefore, Peng Liyuan singing led her to make appearances in Chinese television program. As a singer, she has won a number of honors in singing competitions nationwide.

In addition to maintaining the status as a popular singer, Peng is also a civilian member of China’s People’s Liberation Army (PLA). There, she held a civilian rank equivalent to Major General.

When Peng was 18 years old in 1980, she joined People’s Liberation Army and began her journey as an ordinary soldier. However, the talented Peng performed during frontline tours so as to boost troop morale during the Sino-Vietnamese border conflict.

Peng Liyuan met Xi Jinping through their friends. When they met, the academic Xi inquired a lot about singing techniques. After they received their parental consents, they married on September 1, 1987 in Xiamen, Fujian. The couple has a daughter, Xi Mingze born in 1992.

Four days after their marriage, Peng returned to Beijing so that she could appear in the National Art Festival. Soon after, she left for the USA and Canada where people enjoyed Peng Liyuan singing and performance. As a result of their opposing professions and interest, the couple has led separate lives. While Peng spent her time in Beijing, Xi spends most of his time in Fujian and Zhejiang. However, they have been married for 25 years.

Peng has maintained positive reputation within China as an individual apart from being the wife of a politician husband. The media started referring Peng as the First Lady of China after Xi Jinping became the Chinese President in March 2013. Prior to it, Xi was the General Secretary of the Communist Party.

In addition to Peng Liyuan singing career, she is also involved in politics. She is the member of 11th National Committee of the Chinese People\s Political Consultative Conference. Additionally, she has been serving as a WHO Goodwill Ambassador for tuberculosis and HIV/AIDS since 2011.

As a result of her philanthropic and performing involvement, Massey University in New Zealand awarded Peng an Honorary Doctorate on November 20, 2014. The major purpose of this award was to honor her contributions to performing arts, health and education.

One of the Peng Liyuan singing performances was her singing after the Tiananmen Square protests of 1989. In the performance of June 1989, Peng sang for the martial-law troops wearing a green military uniform. She sang to the helmeted rifle-bearing troops seating in the rows on Beijing’s Tiananmen Square.

The video was erased from the internet soon so as to avoid any sort of online discussion. Nevertheless, the image remained in 1989 issue of PLA Pictorial which was publicly available military magazine.

Recognition and Net Worth

One of the most powerful women of the world with extraordinary talents, Peng Liyuan singing has dragged attention of listeners because of its beauty as well as its ability to pose controversy. Peng Liyuan has rose into fame through her opera singing and contemporary folk music. However, her net worth is not available.