Paula Zahn Show on the Case with Paula Zahn 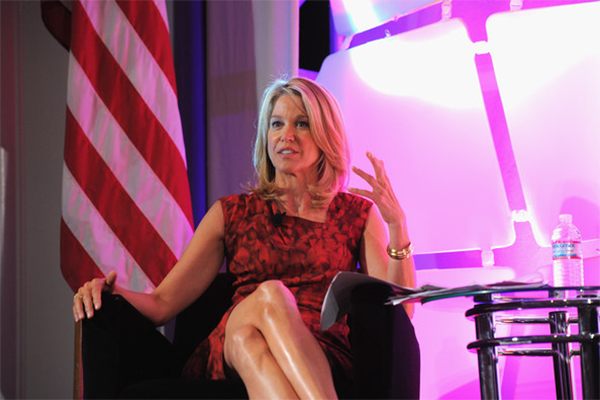 The beautiful and charming Paula Zahn, best known for her crime documentary, On The Case With Paula Zahn is an American journalist and newscaster. Although she is in her sixties, she is still active in her television shows. She has also hosted in numerous News channels like ABC News, CBS News, Fox News, CNN and WNET. She has won millions of hearts by her best shows and also by her cute smile and she has been very successful in her career.

Famous Paula Zahn is born as Paula Ann Zahn on February 24, 1956 in Omaha, Nebraska of the United States of America. Zahn’s mother was a school teacher and her father was an IBM sales executive. She is an American and belongs to white ethnicity. Zahn was raised with three siblings.

Zahn was initially raised in Canton, Ohio with her three siblings. She started her formal education from Washington Junior High School located at Naperville. She completed her graduation level from Naperville Central High School in 1974.

Zahn also participated in several beauty pageants and became semi-finalist of the Miss Teenage America Pageant in 1973. Later, she joined Stephens College in Columbia on a cello scholarship from where she did internship at WBBM-TV in Chicago, Illinois and learned about the news business. She did journalism graduation in 1978.

Paula Zahn career in journalism started initially after her completion of journalism degree. She started working at local stations including WFAA-TV, KFMB-TV, KPRC-TV, WHDH-TV and KCBS-TV for a decade.

With decade long experience in journalism, she got offer to work at national media, ABC News in 1987. She worked initially as an anchor of a weekend program, The Health Show. Her hard work and dedication to work made her co-anchor of World News This Morning, and anchor of Good Morning America, within a few month of national media career.

She got another job offer from CBS News in 1990 due to her skills and talent on previous shows. She worked as co-anchor of CBS This Morning with Harry Smith. Later, she hosted many shows like CBS Evening News, 48 Hours, CBS News Sunday and Public Eye With Bryant Gumbel.

After working 9 years in CBS News, Zahn joined Fox News Channel. She started to host her own show The Edge With Paula Zahn there. She worked for almost two years at Fox Channel. But she was fired from the channel as the Fox Channel found her to be secretly negotiated with CNN which was against her contract.

Zahn then joined CNN on September, 2001 and hosted the shows like Live From The Headlines, Weekend Today and many more. On 24th of July, 2007, she resigned from CNN and took a year gap from journalism. Then she joined WNET on 9th of November, 2008 and became co-host of Sunday Arts. The program covered the fine arts scene in New York City.

Currently she is working as both producer and host of the show, On The Case With Paula Zahn, and started a true crime documentary series. The show is one of the popular shows in United States. The show is broadcasted in Investigation Discovery Channel in which she got involved on January 9, 2009.

Besides these, she has been active advocator of cancer battles issues. She is also an honorary board member of The Multiple Research Foundation which aims to create general cancer awareness.

Although Zahn has been successful in her career, her personal life is not as much perfect as her career. Zahn was married to her boyfriend, Richard Cohen in 1987, who was a real estate agent of New York City. They together grew three children named Haley Cohen (1990), Jared Cohen (1994) and Austin Cohen (1997). But the couple’s relationship couldn’t remain long due to the rumor of Zahn’s alleged affairs with Paul Friborg in 2006. As a result, they ended their relationship with divorce in April 2007. However, her rumors about alleged affairs were never substantiated beyond tabloid media accounts.

Paula Zahn has been established as successful journalist in United States. She gets healthy salary and has a wonderful net worth. Her net worth is estimated about $18 million dollars according to some sources.

More information of her life can be grabbed from Wikipedia, IMDb and other popular sites. She is personally not active in any social networking sites. However, Paula Zahn show, On The Case With Paula Zahn is on Facebook and Twitter.