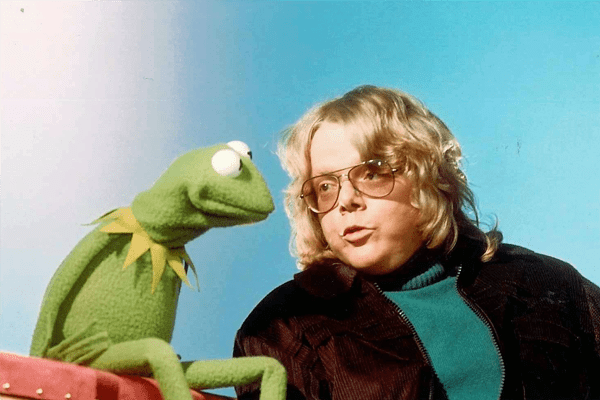 The renowned and multi talented Paul Williams net worth hiked up as he established his career as a singer, songwriter, actor, author and recovery advocate.

One of the most admired composer and lyricist Paul Williams net worth was sure to rise for showering the music industry with his talent and contribution. Williams’s success and fame is demonstrated by winning prestigious Oscar Award, Grammy Awards twice and Golden Globe Award twice.  “We’ve Only Just Begun,” “Rainy Days and Mondays” and “You and Me Against the World”are some of the popular songs of Williams .

Paul Williams was born on September 19, 1940 in Omaha, Nebraska in the United States of America. He was born as Paul Hamilton Williams Jr. but became popular by the name Paul Williams. Williams is an American belonging to white ethnicity.

His father, Paul Hamilton Williams was an architectural engineer and his wife Bertha Mae was a homemaker. Williams endured a harsh reality as his father passed away in a car accident. Therefore, his aunt offered him the guardianship. Consequently, he moved to Long Beach, California where he attended Woodrow Wilson Classical High School.

Paul Williams grew up with his brothers John J. Williams, who is a NASA rocket scientist and Mentor Williams, a songwriter. The William brothers became legends in two different sectors. John is the award-winning scientist of NASA who won NASA Distinguished Service Medal in 1969. On the other hand, Paul is the award-winning singer and a lyricist, who won Oscar, Grammy and Golden Globe. Similarly, Mentor has gained recognition for his lyrics of “Drift Away”, a 1973 hit sung by Dobie Grey.

Williams worked with Biff Rose towards his career of songwriting after they met in a TV comedy show. Together they wrote songs “Fill Your Heart” which became the hit in 1968 after Tiny Tim covered it. They also wrote the song “I’ll Walk Away”. After Williams got a break from A&M Record, he started working with Roger Nichols. The combination of these two songwriters worked wonder resulting in successful pop hits. The time starting from 1970s belonged to Nichols and Williams for their several hits won millions of hearts. They wrote songs for The Carpenters, Helen Reddy and Three Dog Night that made big ripples increasing Nichols and Paul Williams net worth.

Williams also worked with musician Kenneth Ascher who brought up a popular children’s song. “Rainbbow Connection in the movie The Muppet Movie (1979) has been the kid’s favorite. Similarly, the song they wrote for Helen Reddy, “You and Me against the World” became a sensational hit of 1974 getting its way up to top 10 hit on Billboard.

Paul Williams net worth not only got up by writing songs for various artists. He has also worked in films like Phantom of the Paradise in 1974 for which he wrote and sang song. Moreover, he wrote song “What Would They Say” for the popular animated series Dexter’s Laboratory.

Apart from becoming famous as songwriter and singer, Paul Williams also appeared in a number of films and TV shows as guest. He appeared in The Wild Wild West Revisited (1979) as Migelito Loveless Jr. Securing the comic role, Williams sang a song with make-up as vigil for the show Tonight Show Starry Johnny Carson. After The Muppet Show, he got some minor roles in Batman: The Animated Series as The Penguin, Yo Gabba Gabba! and Dexter’s Laboratory.

Paul Williams net worth did not only raise with his TV appearances but his image also became popular. He was seen in a number of movies and shows during 70s and 80s including hosting Mickey Mouse Club 25th Anniversary Special organized by NBC-TV.

The versatile artist also wrote and sang for Bugsy Malone (1976), Thunderbolt and Lightfoot winning Oscar Nomination for Bugsy Malone. John and Paul Williams together contributed to the lyrics for the song “You’re So Nice to be Around” in Cinderella Liberty movie. For this, they again got Oscar Nomination. Paul Williams, Ascher and Rupert Holmed worked together in music and lyrics for A Star is Born.  Consequently, they won Academy Award and Grammy Award for the song. In the same way, Paul Williams net worth, fame and value took toil as he won various other Academy Awards and Golden Globe Awards.

William married thrice in his life. He married Kate Clinton in 1971 with whom he has two children Sarah and Cole Williams. Hilda Keenan Wynn is the second wife of Williams. She is the daughter of actor Keenan Wynn. After his second marriage in 1993, he married Mariana Williams, a writer with whom he is still together.

We can figure out Paul Williams net worth as Stephen Kessler documented and directed Paul Williams Still Alive. The documentary was premiered at the Toronto International Film Festival in September, 2011.

No matter how high Williams reached in his career, he somehow struggled in his life. He became the victim of alcohol and substance abuse during 1970s-80s. Later, he underwent recovery processes and actions. Subsequently, he turned to a Certified Drug Rehabilitation Counselor. Williams endured, struggled and dusted off the substance abuse and helped those who struggled with the same.

Nevertheless, Williams kept on persevering. In 2009, he became President and Chairman of the American Society of Composers, Authors and Publishers. He has co-authored a book with Tracey Jackson titled Gratitude and Trust: Recovery is Not Just for Addicts in the year 2014.

The multiple times Award-Winning songwriter, singer and composer gained limelight from 1970s. He has worked for great artists like The Carpenter and Barbra Streisand. Winning hearts of millions Paul Williams net worth has accumulated to $14 million.

His songs have touched millions of hearts of people from different generations. From the songwriter to president and then an author, Paul Williams has gained enough of fame, recognition and awards for his dedicated work.