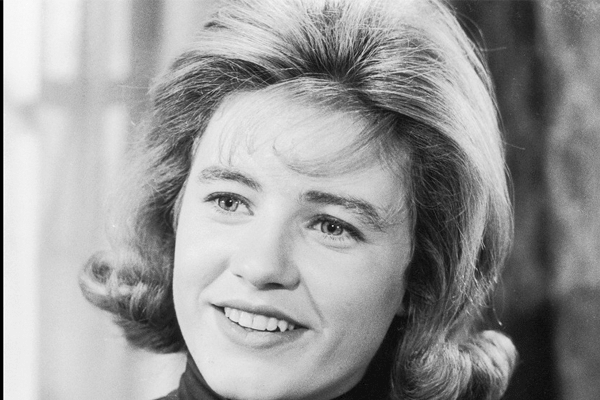 American actress, Patty Duke movies, television and stage appearances have won her the title Teen star in addition to Academy Award for Best Supporting Actress when she was only 16 years old.

Beginning the acting career from the very early age, Patty Duke has portrayed Helen Keller in The Miracle Worker in 1962 which earned her Academy Award at 16. With her astounding on-screen performance, she got her own show The Patty Duke Show a year later.

With the prominent Patty Duke movies appearances, she has won three Emmy Award nominations, three Emmy Awards and two Golden Globe Awards throughout her acting career. Additionally, the star became highly recognizable with her service as president of the Screen Actors Guild from 1985 to 1988. However, after she got diagnosed with bipolar disorder, she devoted maximum time advocating for and educating the public regarding mental health issues.

Patty Duke was born Anna Marie Duke on December 14, 1946 in Queens, New York City, New York. She is an American born as the youngest among three children of Frances Margaret and John Patrick Duke. Her mother worked as a cashier while her father was a handyman and cab driver.

As a child, Duke along with her siblings, experienced difficulties with her alcoholic father and mother who suffered from clinical depression. Consequently, her mother forced her father to leave home. Duke was 6 at the time. A couple of years later, talent managers John and Ethel Ross starting taking care of Duke while they were looking for a girl child actor.

Even though Duke got the chance to appear in show, she further endured exploitative and unscrupulous methods Rosses used to manage Duke’s career. In addition to giving fake information about Duke, Rosses even gave her alcohol and prescribed drugs. Moreover, they would take unreasonably high fees from her earnings and make sexual advances for her. It was the Rosses who changed her name from Anna Marie to Patty Duke.

Duke gained prominence in acting through 1950s soap opera The Brighter Day. Soon, she appeared in a number of television commercials. In 1959, she appeared on The $64,000 Question where she won $32,000. However, she later broke into tears when she admitted that she had been trained to give false information.

Long before Patty Duke movies appearances drew attention of viewers, she starred in Broadway play The Miracle Worker as Helen Keller. It was her major starring role that elevated her name on theatre’s billboard.

The play ran from 1959 to 1961 and eventually made into a 1962 film. Out of many Patty Duke movies appearances, this first one won her the Academy Award for Best Supporting Actress at the age of 16. This opened her way to star in television as well as movies. In 1961, she starred in The Power and the Glory with Laurence Oliver and George C. Scott.

Sidney Sheldon created Duke’s own The Patty Duke Show, which started in 1963. During this time, she was only 16 and no one knew about her bipolar disorder. However, Sheldon noticed she had two distinct personalities. Therefore, she put the concept of identical cousins with contrasting personalities for the show.

The series ran for three seasons earning Duke an Emmy Award nomination. Later, in 1999, the characters of the show reprised their roles for The Patty Duke Show: Still Rockin’ In Brooklyn Heights.

After The Patty Duke Show cancelled in 1966, Patty Duke movies appearances mushroomed. She started adult acting playing Neely O’Hara in Valley of the Dolls (1967). The film turned out to be a box-office success but the critics and viewers did not like Duke’s role.

In 1969, she starred in Me, Natalie which won her the Golden Globe for Best Actress (Musical or Comedy). The following year, Patty Duke movies appearances gained even more prominence with her portrayal of pregnant teen in made-for-TV movie, My Sweet Charlie. This role earned her first Emmy Award.

During this time, she was having difficulty keeping her speech and tone uniform. She sounded like rambling, angry and disjoint due to which many people in the industry suspected her being alcoholic. However, Duke was undergoing the symptoms of bipolar disorder.

In 1977, she received her second Emmy for TV miniseries Captains and the Kings. Soon, she grabbed her third Emmy Award for a TV version of The Miracle Worker (1979).  Furthermore, Patty Duke movies roles in made-for-TV The Women’s Room (1980) and George Washington (1984) garnered her Emmy nominations.

She later appeared in a number of TV series including It Takes Two, Soap, Benson, Hail to the Chief and Karen’s Song. Patty Duke movies and television series, namely, By Design (1981) and Touched by an Angel garnered her a Genie Award nomination and an Emmy Award nomination respectively.

Besides, her autobiography, Call Me Anna, was adapted for television in 1990. For this, Duke herself acted from her mid-30s onwards.

Apart from Patty Duke movies/stage/television appearances earning her wide recognition and successes, she has also earned an honorable position for her works. She became the second woman, after Kathleen Nolan, to serve as president of Screen Actors Guild from 1985 to 1988.

Even though her tenure was marked by in-fighting and controversy, she gained much respect for managing solidarity among members.

Duke slowly reduced her work load in 2000s only taking up guest appearances on shows like Glee and Hawaii Five-0. In 2015, she guest appeared as Grandma Janice on Liv and Maddie. Before that, she was the cast member in drama The Protector in 2011, Oklahoma! in 2002 and Wicked in 2009.

Similarly, she directed the stage version of The Miracle Worker in 2011. The same year, she appeared in public service announcements for the U.S. government helping them promote social security.

In addition to marking herself as a good actress through Patty Duke movies, she also had a successful singing career. Her songs “Don’t Just Stand There” and “Say Something Funny” became the #8 and #22 respectively in Top 40 hits in 1965. Further, she performed on TV show The Ed Sullivan Show.

Throughout her lifetime, Patty Duke movies, songs and books have gained special place in the U.S. She wrote her autobiography Call Me Anna in 1987 which was made into television series in 1990. Similarly, she wrote another book Brilliant Madness: Living with Manic Depressive Illness in 1992.

Through her autobiography, she revealed her diagnosis about manic depression (bipolar disorder). She was the first celebrity to talk about mental health issues. Her treatment that included lithium stabilized her and gave her a chance to become an activist for mental health causes.

Undergoing treatment, she joined forces with National Institute of Mental health and National Alliance on Mental Illness with an aim to increase awareness regarding mental illnesses. Moreover, she talked about her bipolar disorder in The Oprah Winfrey Show in 2007.

The performer, Patty Duke, married four times and has three children. Her first husband was director Harry Falk whom she married in 1965. Due to her mental illnesses like mood swings and anorexia in addition to drinking and taking high dose of pills ended their marriage in 1969 through divorce.

In 1970, Duke was 23 years old when she got involved with three men at the same time. They were actor Desi Arnaz, Jr., actor John Astin and rock promoter Michael Tell. The same year, she realized she was pregnant and married Michael Tell in June, 1970 so that she could gave her child “a name”. However, their marriage lasted only for 13 days.

In February, 1971, Duke gave birth to her son, Sean Astin, who is currently an actor. Her biography mentions John Astin being Sean’s biological father but she always believed Arnaz was his father. However, all these assumptions turned out to be false after Sean Astin underwent biological testing in 1994. It turned out that Michael Tell was his biological father.

Duke married John Astin in 1972 who adopted Sean. The couple had another son, Mackenzie Astin, born in 1973 who is also an actor. Similarly, Duke adopted Astin’s three sons; however, the couple ended up divorcing in 1985. Three years later, Astin’s sons reversed the adoption with Duke’s permission.

Patty Duke married drill sergeant, Michael Pearce in 1986 with whom she remained married until her death. They had met during the production of A Time to Triumph where Pearce served as a consultant. The couple adopted a son, Kevin, born in 1988.

She had three granddaughters: Alexandra “Ali” Astin, Elizabeth and Isabella. All of them are the daughters of her eldest son, Sean Astin.

On March 29, 2016, Duke died of sepsis from ruptured intestine. She was 69 at the time of her death in Coeur d’Alene, Idaho.

The actress best known for playing Helen Keller in The Miracle Worker, Patty Duke movies, stage and series appearances have earned her wide recognition as well as good fortune. She had a net worth of $10 million mainly due to her lifelong involvement with film and television industry.