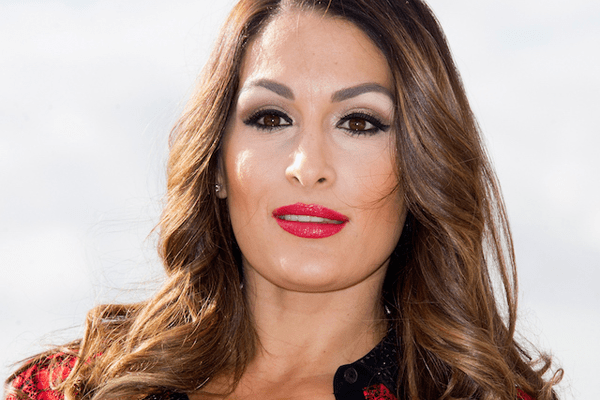 American professional wrestler, actress, and model, Nikki Bella net worth has been accumulated from her work in WWE. Nikki Bella WWE career has taken her to work on the SmackDown brand. Nikki Bella is known best for being a two-time WWE Divas Champion and holding the longest in the title’s history at 301 days of her second reign.

Nikki Bella is a prominent American professional wrestler who has gained wide fame from her work in Smack Down. Nikki Bella net worth has been accumulated from her wrestling career as well as her work in various TV shows. Nikki Bella WWE career has been triumphant and led her to win the WWE Diva Championship two times. The details of the very talented and beautiful Nikki Bella hot pictures, net worth, age and more can be found on several social media sites that are continuously observed by her fans all around the world. Nikki Bella instagram account has pictorial details of her personal and professional life.

Nikki was born Stephanie Nicole Garcia-Colace on November 21, 1983 in San Diego, California, U.S. she was born to parents Jon Garcia and Kathy Colace. She spent most of her childhood days on a farm in Scottsdal, Arizona with her twin sister Brianna aka Brie Bella. Nikki is of Mexican and Italian descent and is of American nationality.

Nikki signed a developmental contract with WWE in June 2007 along with her sister Brie after wee discovered the twins during the 2006 Diva Search. The two were then assigned to WWE’s developmental territory, Florida Championship Wrestling, which is located in Tampa, Florida.

During their time in developmental, Nikki and Brie mastered the technique known as “Twin Magic”, in which they would switch positions during matches without being noticed.

The Bella twins were call up  to the main roster a  in 2008. Nikki’s WWE moves are known to be Bella Buster, Fearless Lock, Rack Attack, Back Body Drop, Double Leg Slam, Leaping shoulder block, and many more.

Nikki found major success in WWE as she won the WWE Divas title 2 times, with the second reign being the longest in history at 301 days. She also won the Slammy award for Diva of the year twice.

Apart from wrestling, Nikki has also been in some TV shows. She has appeared on TV shows like Total Divas, Psych, Confessions of a Womanizer, The JBL & Cole Show, and many more.

Nikki had revealed in an episode of Total Divas that she had been married previously. She was married to her high school sweetheart but it was annulled. Nikki Bella was in a relationship with WWE superstar Nick Nemeth but they soon had a breakup. Then in 2012, she began dating the pro wrestler, John Cena. Cena proposed to Nikki Bella at the WrestleMania in April 2017 after their win against The Miz and Maryse in a tag team match. She currently resides in Tampa, Florida, U.S. with her fiancé.

Nikki Bella age at present is 33 years. Nikki Bella age exceeds her exuberant personality and youthful face. Nikki Bella has a body measurement of 32-24-35 inches from the breast, waist to hips. Nikki Bella has a seductive body and an attractive personality. She has a bra size of 32A. She stands at the height of 5 feet 6 inches and weighs 54 kg. Nikki Bella hot pictures can be found throughout the internet. Nikki has a dress size of 4 and a shoe size of 6. She has a body desired by all women. Nikki recently suffered a serious neck injury for which she took a long rest. Nikki also announced on 4th April 2017 that she would be taking time off from WWE until her injury heals. 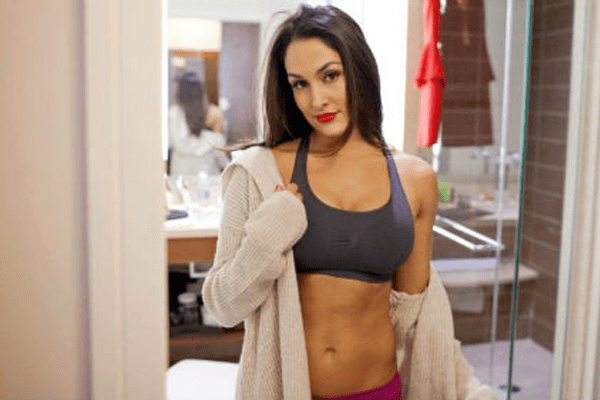 Nikki Bella has been WWE Divas Champion twice. She has also won the Slammy awards two times in 2013 and 2015. Nikki was named Diva of the Year in 2015 by the Rolling Stone magazine. Furthermore, Nikki has also won a Teen Choice Award: Choice Female Athlete in 2016. Pro Wrestling IIlustrated ranked her no. 1 in their list of top 50 female wrestlers in the PWI Female 50. Nikki Bella Instagram account has 5.8 million followers. Nikki Bella Instagram account has pictures of her day to day life. The biography of the celebrated and talented Nikki Bella can be found on various social media sites like Wikipedia, twitter, Instagram, and more.

My Prince Charming made me his Queen in a place we call home ❤?Last night was truly unforgettable. A dream come true! N pic.twitter.com/voHOKAwE2q