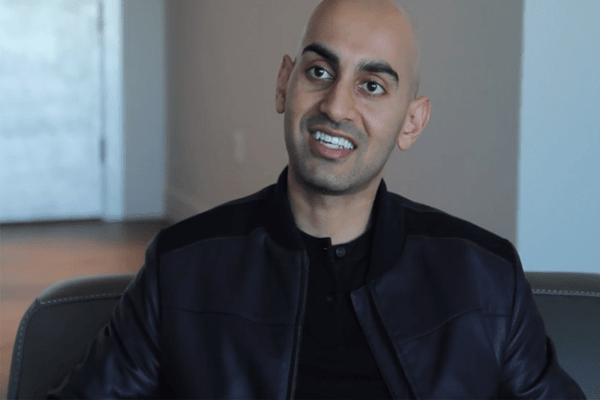 Neil Patel, an Entrepreneur and an Angel investor, is recently renowned as a Marketing Superstar. A brand unto himself, Neil Patel is being praised for his knowledge on marketing along with the delivery of good stuff. He is listed as the top influencer in the web by the Wall Street Journal.  And a creator of one of the 100 most brilliant companies in the world by Entrepreneur Magazine. The way Neil Patel is working as a influencer and a inspirer, he has more such title to be added on the list of his recognition.

Neil Patel is a multi talented personality who has gained massive popularity with his entrepreneurial skill and digital marketing skills. Patel is the co-founder of Hello Bar, Crazy Egg and KISSmetrics. He also has helped numerous companies i.e. around 500 companies including Amazon, HP, Viacom, GM, etc. in order to have new entrance into the market and increase their revenue.

Neil Patel was born on April 24,1985 in London and he grew up in California, USA. Patel is popularly known for his specialties Engine Optimization, Internet Marketing, Conversion Optimization and Growth Hacking. He is known for speaking and using Swahili, Gujarati and Spanish language.

The list won’t come to an end! But, how did he manage to master all these skills?

Patel explains that it all started from home, his surrounding, his people. He was surrounded by business professionals(all uncles from mother’s side) and gained entrepreneurial skill from his mother. His mother had her own business of home day care and his father an average salaried job. He was inspired and motivated with his uncle and mom’s entrepreneurship skills but not satisfied with the style of business they adopted.

From an early age, he used to think of ways to change his middle class lifestyle. During his first year at John F. Kennedy High School, Patel following his cousin’s footsteps, started selling CDs to students and friends. To earn more, he began selling black boxes.To make his work more legitimate, he began reselling automotive parts by picking up a resellers permit from the State Board of Equalization. This allowed him to buy car parts at a discount and sell them to other students.

Not satisfied with unstable income from his business,Patel engaged himself at Knott’s Berry Farm as his first real job. He was only 15 then. There, he was involved in cleaning restrooms, emptying trash cans and sweeping up vomit. Though the job was of low quality, he used to enjoy his job as he was paid extra than other jobs at the same place.

After 3 months, he shifted to a sales job at Quality System where he began to sell Kirby Vacuums worth $1600. Being attached for few duration, he realized the particular job won’t let him to be rich. Thus, he decided to search for other opportunities.

In the meantime, his sister introduced him to her boss who was an Oracle Consultant. Patel was fascinated by the way, he billed companies $125-250 an hour. So, he looked for Oracle consulting jobs at Monster.com with only one problem. He did not know what Oracle was.

Gradually, Patel was clear that he was making an unsuccessful attempt of finding jobs at Monster.com. Instead he got interested in how monster.com was working online and earning money. Thus, he decided to begin his own job board called Advice Monkey.With $5000 investment, he launched his job board and hired an internet marketing firm for marketing his job board. He had to fire the firm because  he realized that the marketing firm was doing nothing than charging him money.

Then he started searching and learning about internet marketing. Since, his job board became popular but not successful, he decided to open his Oracle consulting company as his sister suggested.

To succeed and learn more, Patel joined Cypress Community College in order to expand knowledge on digital marketing. There, he realized that he could earn more by doing internet marketing for many companies. Eventually, he introduced a business project with her sister’s husband. The ”Crazy Egg” which resulted a huge buzz.

Crazy Egg, introduced in January 2006 and still in operation, is an analytic software that allows website owner to know what people are doing and seeking of when they visit your site. Later on, he tried to sell it for about $10 million which didn’t work out. Thankfully, he began to work on the project and eventually gained a reputation in the market. With the successful achievement, he then planned of introducing a new internet marketing firm and founded Kissmetrics.

Kissmetrics (January 2008- December 2014) isan analytics platform that facilitate the owner to keep track of each specific actions taken by users and the value of customer. The data collected directly or indirectly can be used to improve sales and customer experience. It was his another big success which was valued for as $10 million.

Patel’s main focus is Crazy Egg at the present duration in order to track important online metrics. He recently has a new company named QuickSprout. QuickSprout is more of a side project which makes your web traffic, helps you to find important changes in your website and accordingly optimize and keep track of your content.  Quick sprout is his recent project and is valued for $10 million USD Company.

Neil Patel is more likely to be present in Social Medias including Facebook, Twitter, Forbes, Blogs and many more. he has his own website. He has posted several videos and blogs regarding multiple subject matters which could be informative to the public. The most recent post in Forbes is: My Biggest Regret in Life where he have written the following points.

He believes going to college is not essential for entrepreneur. Rather it is just a waste of time, money, energy and waste of potential.  He thinks if he had not joined the college since his childhood, he would have gained more knowledge, experience and more opportunities to make the world a better place. He insisted going to college could be worthy only when you are planning to join technical lines.

Patel believes if you have the skill of critical thinking you can solve any problem. Attending the class does not merely sharpen the thinking and joining the college was his biggest mistake that he regrets off till today.

Moreover, we could find different blogs including ‘Why I Only Stay at 5- Star Hotels’, ‘How to keep other Entrepreneurs from screwing you over’, ‘This is what I watch on TV to become a Better Entrepreneur’ and many more.

For more detail information about Neil Patel, we may check LinkedIn, Twitter, Facebook and other social sites.

What the SERPs Will Look Like in 2018 https://t.co/nLsmTHIky1 #SEO #SERPs pic.twitter.com/bNYYdxDXnG