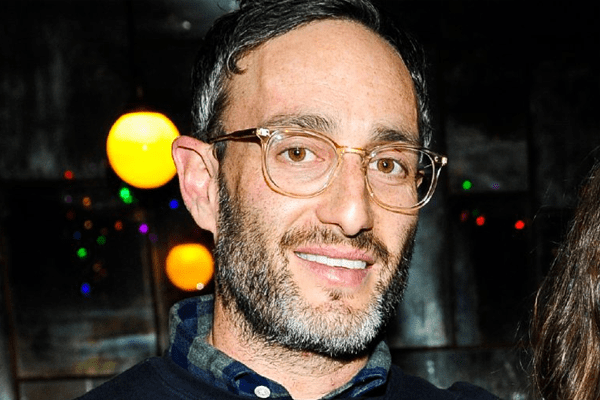 Murray Miller is an American writer, filmmaker, and producer who is most recognized as the writer for several popular television shows. He has worked in various television series including King of the Hill, American Dad, and Girls. Murray Miller Net Worth from his writing and filmmaking career is estimated to be huge.

American screenwriter and three times Primetime Emmy Awards nominee, Murray Miller has worked on various television shows and movies throughout his career. He has focused his career more towards television rather than movies. And this has also contributed in today’s Murray Miller net worth. Miller’s Facebook page and other social media accounts do not exist as he does not seem to be a fan of social media like other celebrities.

Murray Miller was born on December 2, 1976, in California. He was born as Murray Selig Miller to Jewish parents and was raised in his hometown along with his brother, Judah Miller who is also a writer.

Miller completed high school at the Monte Vista High School located in Danville, California. He then enrolled at New York University where Andy Samberg, an American actor, comedian, filmmaker, and musician was his roommate.

Miller first began his career as a stand-up comedian while studying at the university.

Murray Miller has focused his writing career more on television shows rather than on feature films.

After beginning his career as a stand-up comedian, he then got the opportunity to work in the series, Spin City as an assistant.

Miller followed the work with a job as a staff writer in Clone High. He then went on to work in shows such as Stacked, A.U.S.A., The Tracy Morgan Show, and Committed and also gained much more experience as a writer.

Miller finally gained recognition as a prominent writer after working in the show King of the Hill. This job pushed him further into the spotlight and he has since worked in two other hit series, American Dad, and Girls.Murray Miller Net Worth definitely reached to heights after this.

Besides television series, Miller has also worked as a writer for two movies as of now, Days in Hell and Tour de Pharmacy. He has also appeared in minor roles in a few movies such as Forgetting Sarah Marshall and The Five-Year Engagement.

Murray Miller is currently on the highlight of most of the American media as actress Aurora Perrineau filed sexual assault charges against him. Miller is accused of raping Aurora in 2012 when she was just 17 years old.

However, Lena Dunham and Jenni Konner who are the show-runners of the show Girls in which Miller also works defended him against the accusation.

The investigation is currently going on and the Los Angeles Police Department is handling it.

Murray Miller Net worth and Salary

Murray Miller writing career earns him a good sum of money from which he finances a lavish lifestyle. Murray Miller Net worth in exact amount has not been estimated but it is assumed to be in thousands of dollars. Some sources estimate it to be $ 2 million while some declare it as $500,000. However, we cannot declare the current amount.

It is assumed that Murray Miller net worth is likely to increase in the upcoming days because of his ongoing career.

Murray Miller wife and other information regarding his personal life are not available as he seems to be reluctant on speaking about it in front of the media.

He is not fond of talking about his private life with the media and only likes to focus on his career. Although some people assume that he may be already married and Murray Miller wife and he may be enjoying a secret married life.

Murray Miller has a gray colored hair which he likes to keep short most of the time and the color of his eyes is brown. Miller is of American nationality and belongs to the white ethnicity.

Over the years, Murray Miller writer has earned him various award nominations and made him a recognizable screenwriter in the industry.

Furthermore, Miller has also been nominated for two other Primetime Emmy Awards, both in the category of Outstanding Animated Program, in 2012 for American Dad and in 2008 for King of the Hill. He does not seem to be a fan of social media as Murray Miller Facebook and other social media accounts do not exist.

Murray Miller IMDb and wiki page has an in-depth bio of him along with all the movies and television shows he has worked with.