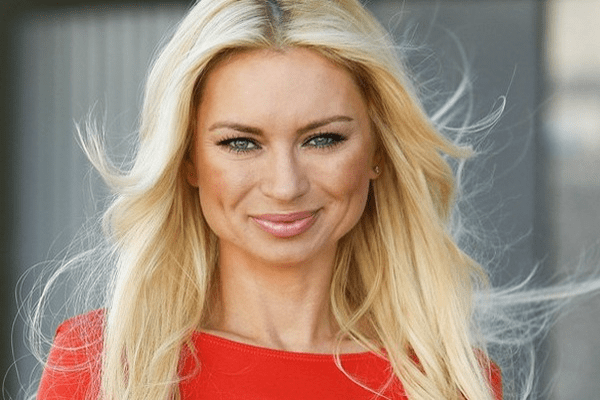 Being an academic excellence award achiever, multi-talented Izabella St. James chose to become a writer and an actress after earning a degree in Humanities and Juris Doctor.

The multi-talented Izabella St. James is an author and an actress, who has not achieved her degree in literature or acting, but she has rather earned her Juris Doctor degree. She is well known as one of the girlfriends of the self-made millionaire Hugh Hefner and a writer of the memoir Bunny Tales: Behind Closed Doors at the Playboy Mansion.

Izabella St. James was born on 25 September, 1975 as Izabella Katarina Kasprzyk in Krakow, Malopolskir in Poland. She is a Polish and a Catholic Christian. During the 1970s, Poland was undergoing a huge communist oppression. Due to this fact, St. James family fled to Athens, Greece where they lived for a year. Later on, they moved on to Canada and settled in Ontario, Canada.

Looking into the academics, it reveals St. James has been quite good with her studies. She attended high school in Kitchener-Waterloo from where she graduated with an academic excellence award. With her amazing academic performance in high school, she did not have hard time finding a good university. Subsequently, multi-talented Izabella got to attend McGill University and until the time she finished her graduation, she resided in Quebec, Montreal. Previously, Izabella started with her dual major in Political Sciences and History. However, she got fascinated towards Humanities. Therefore, she switched her major and took Art History, Classical Music, Literature and Spanish.

Later on, she joined Pepperdine University School of Law in Malibu, California and earned a Juris Doctor degree completing all her credits a semester early in December 2001. Since she had always surpassed the expectations of her professors and got a wonderful opportunity of studying abroad at Universidad Complutense in Madrid, Spain and Jagiellonian University in her own home country, Poland. All these achievements in her academics demonstrate the multi-talented Izabella had no struggle in her life as a student.

Multi-talented Izabella met Hugh Hefner in September 2000 with his girlfriends in a night club in Los Angeles. Hugh Hefner is an American magazine publisher, a businessman who is also a well-known playboy. Moreover, he is the founder of the very famous and multi-million company Playboy Enterprises. Hefner and Izabella got close in the first meeting and developed enough friendship for St. James to attend parties at the Playboy Mansion.

After graduating from the law school, Izabella easily got included in the Hef and his girlfriends’ group. They spent nights and travelled together. After series of spending time together, Hefner invited St. James to live in Playboy Mansion in April 2002. Since then Izabella became one of the Hefner’s “official girlfriends”. But she did not live there for long enough. Finally, Izabella moved out of the Mansion in 2004 ending the relation with Hefner. From that time onwards, Izabella has been single.

After leaving Playboy Mansion, Izabella established her career in acting and became an author of the memoir Bunny Tales: Behind Closed Doors at the Playboy Mansion, which sold over 50000 copies a long time ago. The book, published in 2006, entails the memories of Izabella as one of the girlfriends of Hugh Hefner. Multi-talented Izabella had no struggle in switching her career either. Currently an actress and a writer, Izabella resides in Los Angeles.

Izabella first appeared in the Polish reality TV series called Zony Hollywood season 1, whose English version is Hollywood Wives. The series is based on The Real Housewives. She is an actress who is famous for her roles in the movies The Life and Crimes of Doris Payne and Playboy: Who Wants to be a Playboy Centerfold.  Multi-talented Izabella also got the role in Ninja Cheerleaders (2008) as Jimmy’s girlfriend along with the movies Thunder Over Reno (2008) where she played the role of Paige Raider and The Last Guy (2006) in which she got the role of Sharon.

The five feet seven inches tall lady has a corner that encourages adventure. She has skydived with Golden Knights, the U.S. Army, in 2007.

Extraordinarily talented Polish author showed her ability from the early age when she was in high school. She ended up becoming an author and an actress as she was always interested in Humanistic field. From an official girlfriend of Hugh Hefner to the author of memoir of the time being the official girlfriend of Hugh Hefner, St. James has been quite open about her past life. Eventually, she embraced the lively side and turned to feeding her acting hobby.

I’m so excited to be working with @lisavanderpump and her dog foundation at the new VANDERPUMP DOGS Rescue Center @vanderpumpdogs to save dogs from euthanasia and neglectful situations and help find them new loving Forever Homes. This is HAZEL. She was saved at the last minute from being put down at the OC Shelter. She’s a sweet girl who just wants to be held and loved. She has stunning multicolored eyes. Come see HAZEL anytime! And come see me on Mondays and Thursdays at the beautiful rescue center lete shoe you all the other cuties available for adoption. ❤️? #DogRescue #Hazel #VanderpumpDogs #Adopt #SaveALife