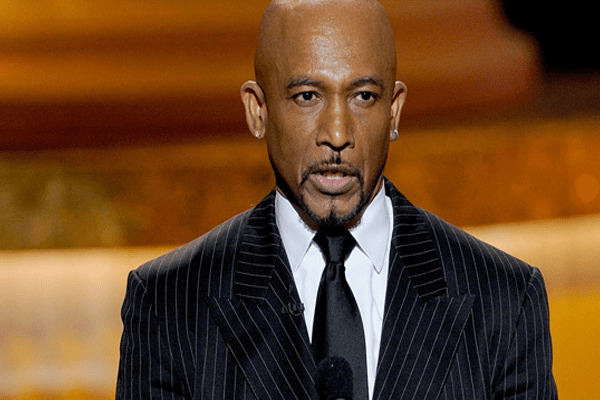 Montel Williams is best known as the host of the long-running The Montel Williams Show, and more recently as a spokesman for the Partnership for Prescription Assistance. He is also active with the non-profit MS foundation which he founded after being diagnosed with multiple sclerosis in 1999.He is also noted for his service in both the Marine Corps and the Navy, from which he was honorably discharged after 15 years of service.

Montel Williams was born in Baltimore, Maryland, United states. He was born on July 3, 1956. His current age is 60 as of now. His father name was Herman Williams Jr. and he was a firefighter who became Baltimore’s first African-American Fire chief in 1992.He has five siblings.

Montel Williams was raised as a Roman Catholic and served as an altar boy from the age of 8 until an altercation with a priest when he was 11.After this, he moved away from Catholicism and he rejected all organized religion in 2014 though he has been a student of many major world faiths. He frequently visited his sister who lives in Westminster, Maryland where he met and befriended WOCM’S famous newsman Magellan and they have been close friends since then.

Montel Williams attended Andover High School in Linthicum, Maryland where he was elected president of his class in both junior and senior years. He was a good student, musician, athlete and active in countrywide student government issues in Annapolis, Maryland.

Montel Williams enlisted in the US Marine Crops after his graduation in 1974.He completed Boot Camp at Marine Corps Recruit Depot Parris Island, South Carolina, Where he was promoted to platoon guide. Then he was sent to the Desert Warfare Training Centre at Marine Corps Air Ground Combat Centre Twenty-nine Palms, Near Palm Springs, California, Where he placed in the Naval Academy Preparatory School at Naval Station Newport, Rhode Island. He completed the one-year NAPS course and was accepted to the four-year officer training program at the U.S Naval Academy as part of the class of 1980.

Montel Williams graduated with a degree in general Engineering and a minor in international security affairs in 1980 and upon his graduation; he became the first African-American enlisted Marine to complete both the Naval Academy prep school and Annapolis. Commissioned as an ensign in the Restricted Line, he completed Naval Cryptologic training. In 1982, he was transferred to the Defense Language Institute in Monterey, California, where he studied the Russian language for one year. After three years of abroad Submarines, Williams now is a Lieutenant (O -3), was made supervising cryptologic officer with the Naval Security Fleet Division at Fort Meade, Maryland.

He left the Navy at the rank of Lieutenant Commander, and his personal decorations include the Meretricious Service Medal, Navy Commendation Medal, and the Navy Achievement Medal. In addition, he reached out to thousands of parents, educators and business leaders encouraging them to work together to address youth issues, trends and to inspire youngsters to reach their highest potential. These efforts to reach out to the community eventually led to his talk show, the “Montel Williams Show”. Montel Williams show has gained worldwide popularity and has got love and support from a huge mass of people.

Montel Williams married to three women. He married Rochelle see first in 1982.Their marriage lasted for 7 years and they finally got a divorce in 1989.They had two daughters, Ashley Williams and Maressa Williams. Then he got married to Grace Morley in 1992. Montel Williams wife Grace Morley was a burlesque dancer. They finally got a divorce in 2000.They had a son Montel Brian Hank Williams and a daughter winter grace Williams. In July 2006, Williams proposed to girlfriend Tara Flower. Montel Williams’s wife Tara Flower was an American Airlines flight attendant with whom he married before friends and family on a beach in Bermuda on October 6, 2007.

Montel Williams Facebook has about 196693 likes and about 3230 people talking about him. Montel William’s Facebook provides us a rough idea of his day to day happening in the pictures and the status that he updates.

Little Roger is headed for jail too soon for this to ever come about https://t.co/kVF2r0kKyy