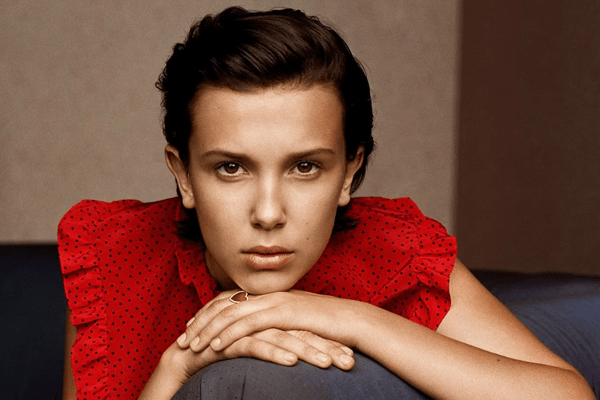 Millie Bobby Brown is a British teen actor and model. Having started her career back in 2013, She is best known for portraying the role of Eleven (El) in the hit Netflix series Stranger Things.

Millie earned an Emmy Award nomination for Best Supporting Actor in a Drama Series for her portrayal of El, narrowly missing out on winning. She is set to make her movie debut in 2019 with the movie Godzilla: King of the Monsters.

Brown was featured in TIME 100 list in 2018, becoming the youngest person to achieve that feat.

As of 2018, Millie Bobby Brown’s net worth is $4 million, as per Celebrity Net Worth. She makes most of her money through her acting roles. She reportedly receives $30,000 per episode of Stranger Things.

In addition, Brown makes additional cash from her endorsement with Calvin Klein. She also receives a heavy sum of money from her modeling agency IMG Models.

Millie Bobby Brown was born on 19 February 2004 in Marbella, Andalusia, Spain. She was the third of the four children of her parents Kelly Brown and Robert Brown. Her Siblings are  Paige, Ava (sisters), and Charlie (brother). 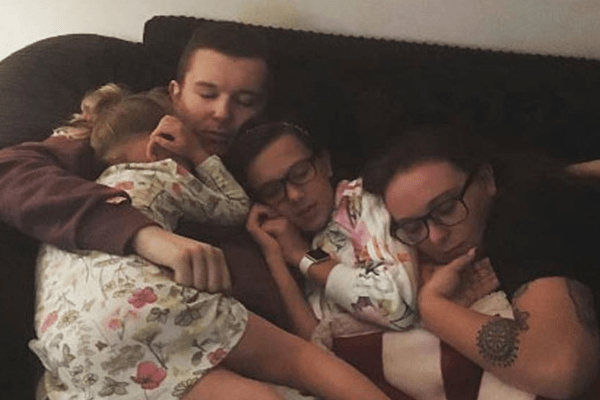 Millie’s parents are of English descent and the entire family moved to Bournemouth, Dorset when Millie was four years old. The family moved again, this time to Orlando, Florida in 2011.

Brown started her acting career in 2013 when she appeared as a guest star in the ABC fantasy drama Once Upon a Time in Wonderland, playing the role of Young Alice. The show was a rip-off of the original Once Upon a Time.

Millie followed it up by grabbing the starring role in the paranormal thriller series Intruders. The show aired on BBC America. SHe then had cameos in Tv series’ Modern Family and Grey’s Anatomy, both of which aired on ABC.

Brown got her breakthrough role in 2016 in the Netflix fantasy drama Stranger Things. Her portrayal of Eleven (El) in the series received critical acclaim along with the show itself being highly praised. The show has had 2 seasons till now, and the third season is set to air in 2019, with Millie returning to play El.

Brown along with the rest of the crew received multiple awards for the series. She and the crew won a Kid’s Choice Award, IGN People Choice Award, Saturn Award amongst others.

After the success of Stranger things, Brown became an instant star. She appeared in a music video titled “Find Me” in November 2016. On the Tonight Show, she sang a rap recapping the first season of Stranger Things.

Millie then tried her hand in modeling as she appeared in commercials for Citigroup. She then signed an endorsement deal with Calvin Klein and appeared in their By Appointment Campaign. As of now, she has signed to the agency IMG Models.

Brown is set to make her film debut in 2019 in the movie Godzilla: King of the Monsters, a sequel to Godzilla. She will also star in the movie adaptation of the Enola Holmes Mysteries book. She is also the producer of the movie.

Brown currently resides in Atlanta, Georgia. She also has a house in London. She has training in boxing and is an able fighter.

Millie was in a serious relationship with Jacob Sartorius, who is a musical.ly star. They started dating in late 2017. Millie posted several pictures of herself with boyfriend Jacob on Instagram.

They broke up in April 2018, when Millie discovered that Jacob had been asking for nudes from girls on Snapchat.